NFL News and Rumors
Johnny Manziel’s time in Cleveland has been controversial, to say the least. He has a 1-4 record as a starter, throwing for 1,108 yards and completing 57.7 percent of his passes. He has shown more promise of late, though, at least as a pocket passer. However, he has not made Browns management or NFL betting fans happy, first with his lackadaisical work ethic last year, and then this year with his refusal to tell the truth about a video that showed him partying with a bottle of champagne. He is now on the Browns’ practice squad, and given how well Austin Davis played in Josh McCown’s absence on Monday against Baltimore, he looks expendable. Here are a couple of teams where Manziel might fare better via a trade.

“It’s all on Johnny. But if you feel that way about him… don’t even bring him back. Make the move.” –@BaldyNFL https://t.co/TVN0vlYD6Z

Jerry Jones has shown over the years that he is willing to pull the trigger on just about any trade, particularly if that trade brings the spotlight to America’s Team. Jerry is always looking for headlines in Dallas, and Manziel provides many of those. The Cowboys still have the great Tony Romo, but his injuries are mounting, and the team needs a backup quarterback who can come off the bench and be competitive in games. Brandon Weeden was an awful choice as a backup this year, and Matt Cassel hasn’t been much better. Jerry doesn’t like to draft quarterbacks, but he has shown that he will take on reclamation projects. Romo would make a terrific mentor for Manziel as well. Romo was known for partying a bit in his younger days but has developed a reputation as a strong leader. He can help Manziel make that transition successfully as well. 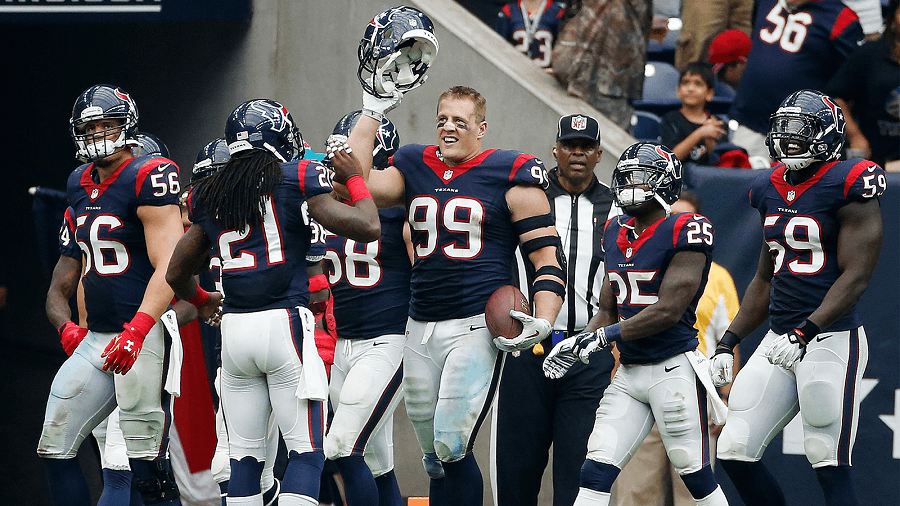 The Cowboys aren’t the only Texas team with some potential problems at quarterback. Manziel was a folk hero at Texas A&M, and the Texans could use a franchise quarterback – they’ve never really had one. DeAndre Hopkins is a terrific wide receiver; the Browns have no terrific wide receivers. Hopkins would give Manziel an athletic target and a potential game-changer. Yes, Brian Hoyer is already in Houston, but he’s not a franchise quarterback. Instead, he’s a journeyman who can mentor Manziel as he eases into the job.

Chip Kelly made a big gamble by sending Nick Foles to Sam Bradford in a quarterback trade. Bradford has not come back from his ACL woes with much at all for the Eagles. His backup, Mark Sanchez, did take the Jets to an AFC championship game once upon a time, but he’s not a franchise quarterback now either. The Eagles need a playmaker if they want to find their way back into the playoffs. Manziel is the sort of high-energy quarterback that Kelly could use in his offense. Manziel has a skill set that could help him grow into the next Donovan McNabb. Manziel would give the Eagles a quarterback with a lot of upside – and not a lot of salary, allowing for other upgrades as well. Kelly is willing to be a bit of a maverick with his personnel decisions, so it wouldn’t be surprising to see Johnny in the white and green.
Older post
Newer post