NFL News and Rumors
This Thursday, the online NFL odds and lines will present us with a marquee NFC inter-divisional primetime showdown at the suburban Phoenix (Glendale) where star RB Adrian Peterson and the Minnesota Vikings (8-4) will be squaring it off against veteran QB Carson Palmer and the streaking Arizona Cardinals (10-2). With so much hype on this game and many conference and divisional implications from the matchup, let’s look at what the NFL betting trends tell us in regards to making educated NFL picks on the primetime football encounter.

Preliminarily, it is worth noting that, over the recent times, the Vikings have owned the Cardinals in terms of winning their matchups, though with the OVER/UNDER trends sort of balancing out each other, as is highlighted below:

From the above games, it is clear that that Minnesota is 5-1 SU in its last six overall games against Arizona. However, only one of those wins came on the road (in 2008) with the Cardinals winning the other game played in Arizona (in 2009). Not to mention, the Cards have covered the three of six games, with Minnesota covering just twice and one of the games (in 2012) being shared by the two teams.Total-wise, the trends indicate a 3-3 OVER/UNDER mark in the six games, though with the UNDER coming strong in the recent matchups (3 of the last 4).So what does all these recent trends point indicate, given the Cardinals are placed as 7.5-point home favorites this Thursday, with the OVER/UNDER trading at 46? To have a clear understanding of how to wager correctly in the NFL lines, let’s take a look at how both teams have fared this year.

Entering this game, the Cardinals are 10-2 SU and 7-5 ATS this season, including a 4-1 SU record at home that featured wins over the Saints, 49ers, Ravens and Bengals. Arizona’s lone home loss came against in Week 4, which was in fact a close upset that came by a 24-22 score. Even more notably, Arizona enters this game riding high on a 6-game winning streak, on top of boasting of 17 wins in their last 21 home regular season games in Glendale.Additionally, Palmer is having a ridiculously effective season with 3,693 yards, 29 TDs and 9 INTs for an 87.6 QBR). His top targets WR Larry Fitzgerald (91 reception, 1,047 yards, 7 TDs, 11.5 ypc), WR Michael Floyd (35 receptions, 550 yards, 5 TDs, 15.7 ypc), and WR John Brown (517 receptions, 817 yards, 4 TDS, 16.0 ypc) are equally proving worthy by the day, constantly offering solid options for Palmer.Conversely, the Vikings are decently 8-4 SU and 9-3 ATS this season, though they’ve had a rough past that has seen them lose two of their last three games. Most recently, Minnesota suffered a humbling loss in the hands of Seattle in Minneapolis, where the Vikes were embarrassed to a 38-7 thrashing. More worryingly, they’ve only managed to score a total of 40 points (13.3 ppg) in those 3 games.The recent struggles by Minnesota are largely attributed to the fact that Peterson, who has been the bread-and-better in the Vikings offense, has been struggling and is coming off a season-worst performance against Seattle last Sunday. Minnesota’s second-year starting QB Teddy Bridgewater (2,398 yards, 8 TDs, 8 INTs, and 60.8 QBR) has also been far from efficient, despite some slight improvement in the team’s receiving corps. 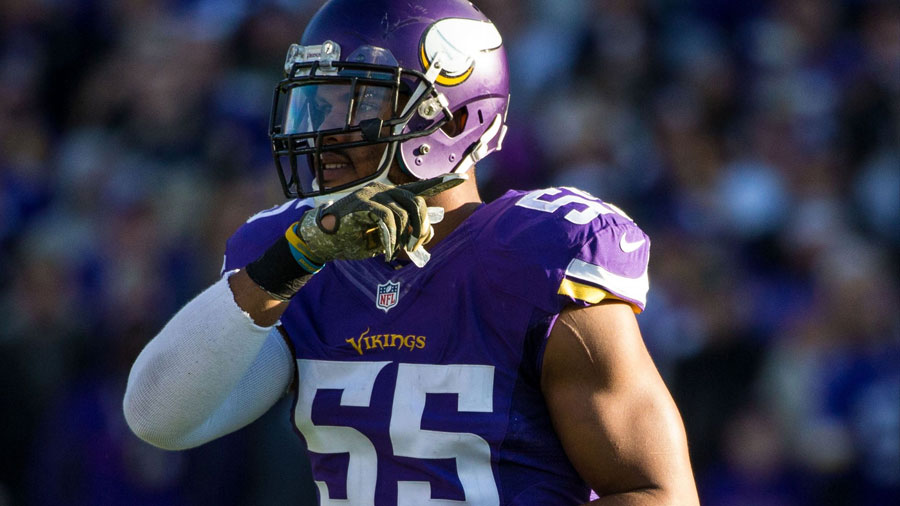 Despite the above-highlighted evidence that Minnesota has impressed in its games against Arizona, this year’s recent trends indicate that they have been struggling, which is likely to make it difficult for them to beat the Arizona squad that is high on confidence and has been playing its best football at home. So although you can expect Peterson to get more carries this week en route to 80-plus rushing yards and 100-plus total yards, Carson Palmer and his fluid receiving corps should be able to muster better offense, probably in the same way the Russell Wilson-led Seahawks offense did last week and Packers did in Week 11. In short, expect Palmer and the Cards to probably put around 30 or more points en route to a double-digit win that will allow them to cover the spread.Total-wise, Minnesota’s is solidly 9-1-1 UNDER this season (the best UNDER mark in the league) and the team is also 8-2-1 UNDER in the last 11 games on the road against the NFC opponents plus an UNDER mark of 8-2 in Minnesota’s last 10 overall games. On face value, such strong UNDER trends signal another low-scoring UNDER total in this game, and honestly speaking, it would not be surprised if Minnesota’s defense shows up to keep Palmer and Co. contained for another UNDER bet. However, the Cardinals look to have a free-flowing offense that has been putting up mega points even against stingy defense teams (see the game against Seattle for reference), so I am inclined to lean on that offense to show up better than Minnesota’s defense. Plus, the OVER is 7-2 in Arizona’s last 9 games against NFC opposition. Combined with the fact that Palmer and Company would want to avoid a close game that could lead to a primetime upset, they’ll definitely come into this game geared up to rack up mega points. That considered, both teams should be able to combine for an OVER total.In summary, therefore, we recommend that you take Arizona (-7.5) for both the SU and ATS for your free Week 14 NFL Picks this Thursday, with the total most likely going high for an OVER (46) total.
Older post
Newer post