NHL Betting News
If you has been asked to place a bet on which teams would have a record on par with the Chicago Blackhawks through the first 12 games of the NHL betting season, how many of you would have put your money on the New Jersey Devils? I certainly wouldn’t have, but the Devils and Blackhawks have seen their seasons get off to very similar starts. They will have a chance to compare notes when they meet up in New Jersey on Friday night.

Congrats to Coach Joel Quenneville for being named an assistant coach for #TeamCanada! pic.twitter.com/AjpaofgTuL

One of the reasons why the New Jersey Devils (6-5-1) were dismissed by so many before the season began was because of a perceived lack of quality on the offensive side of the ice. While their 2.3 goals per game average does put them near the bottom of the offensive heap, they are getting timely scoring and great defense so far. New Jersey is currently in possession of the 5th best power play in the NHL, which is where the majority of those timely goals are coming from. This is a team that does a great job of frustrating their opponents and keeping things close throughout. It is a style of play that I believe will eventually catch up with them, but even if it does, no team is going to have an easy time of things when they meet the Devils. One area where they are definitely going to have to improve is in their performances at home, as they are just 2-3-1, and actually have a superior record on the road. 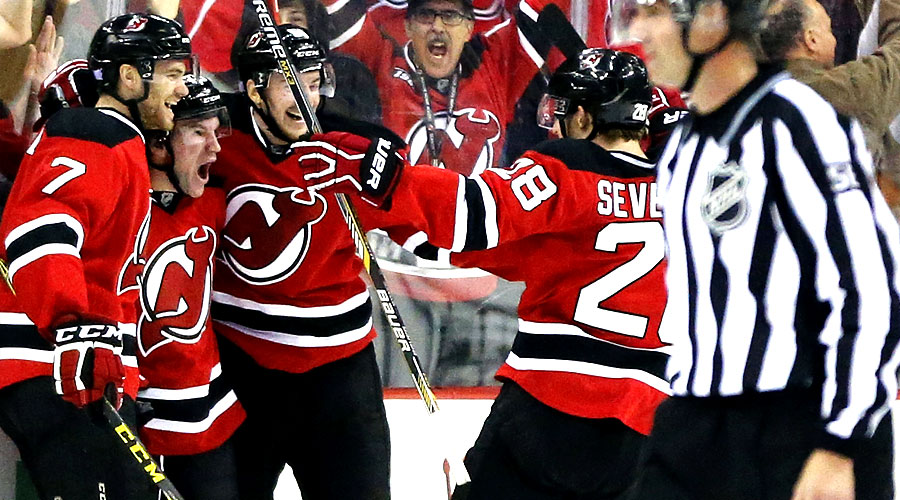 Should we blame the current woes of the Chicago Blackhawks (7-5-1) on a Stanley Cup hangover, or is it more to do with the inability to replace guys like Brandon Saad, who moved on in the offseason? Whatever the case, the Blackhawks just don’t look like a very good or confident team at the moment. The prime example of that came on Wednesday night when they gassed a 3-goal lead before eventually falling 6-5 to the St. Louis Blues in OT. That now gives them 3 losses in 4 games, and puts them in a pretty precarious position in the ultra-competitive Central Division. The problem with the Blackhawks is that they seem unable to get all facets of their game working at the same time. When the defense is solid, the offense can’t score goals, and vice versa. Chicago has been great at home, going 6-1-1 so far, but it is their road performances that are weighing them down like an anchor.

The Blackhawks have a real opportunity to give their road game a shot in the arm with a win over the Devils on Friday. They have won 4 straight against New Jersey, including 2 on the road. I like them to get the win here in a close one.
Older post
Newer post