NHL Betting News
It is common for sports fans and the media to jump to conclusions a little too quickly at the start of the season. Snap judgements are made about teams based on how they play through their opening few games, only for the people who make those claims to look foolish once things get turned around. The Pittsburgh Penguins are doing all they can to silence the NHL Lines doubters, and will look to continue their strong run when they head into Vancouver to face the Canucks on Wednesday night (live streaming link) in an online betting odds matchup.

The #Pens face Sutter and the Canucks tonight at 10:00PM ET. Grab some coffee and get ready for a late night. pic.twitter.com/qkCc5nxEFA

If you live in or around the Pittsburgh area, the sound you have been hearing since the start of the season are alarms bells ringing. There have been genuine concerns about the play of the Penguins (7-4-0), especially with that high-powered offense looking as though it has been firing blanks. The Penguins came out of the gate slow, losing their first three games and only managing 3 goals in the process. The wins started to come after that, but they came in a style that fans of this team have not been used to seeing. The defensive unit has been carrying the load all season, as witnessed by their league best 1.8 goals per game against average. The good news is that the offense is starting to show signs of life, scoring 10 goals in the past 3 games. The Penguins have now won 7 of their last 8 games, and are starting to look like a team that is very well balanced at both ends of the ice. It may be time to turn those alarm bells off. 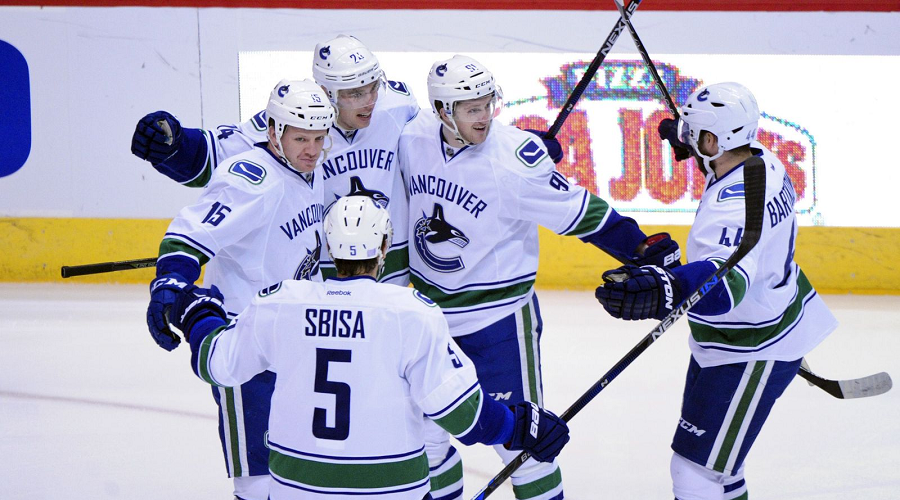 The Vancouver Canucks (6-2-4) are another team that are a bit of a surprise package through the first month of the season, but for reasons different to those of the Penguins. It was widely believed that the Canucks would fall into the mediocre category this season, as they are at a transitional point where some of their older guys need to start getting replaced by fresh blood. The Sedin twins have been delivering the goods for as long as anyone can remember, but they are now on the wrong side of 35, which means they are now playing on borrowed time. The Canucks have played well at both ends of the ice so far this year, and have also done a good job of hanging in games so that they can pick up a point even when they ultimately lose. Whether they can maintain that is something that remains to be seen.

The Vancouver Canucks won both games against the Penguins last season, and managed to win via a shutout both times. I expect this one to be low-scoring as well, but I believe it will be Pittsburgh who come out on top this time around, with the UNDER a distinct possibility.
Older post
Newer post