Soccer Betting News
Straight from Euro qualifiers, we enter into the club football, and the Bundesliga soccer odds have a lot of in store for online soccer betting enthusiasts. Before the international break, Bayern Munich extended their lead to 24 points after 8 games, maintaining a 100 percent record this season, thanks to a win over rivals Borussia Dortmund.

The 2-all draw between Hoffenheim and VfB Stuttgart ensured that Stuttgart was firmly rooted to the bottom, two points away from safety. Will there be any changes at the top or bottom this weekend for online sportsbook betting fans? Only one way to find out—let’s take a sweeping look at the key Bundesliga games slated to take place this weekend.FRIDAY, OCTOBER 16, 2015Mainz 05 vs. Borussia DortmundDortmund have been one of the most improved teams in Germany this season, until they met the defending champions and lost. This weekend they will be visiting a Mainz 05 team that lies eighth in the league, five points behind Dortmund. This is an opportunity for Dortmund to put the bad taste of losing to Bayern behind them, even if it won’t be a walk in the park.  Injury-wise, Erik Durm and Nuri Sahin are set to miss this game. 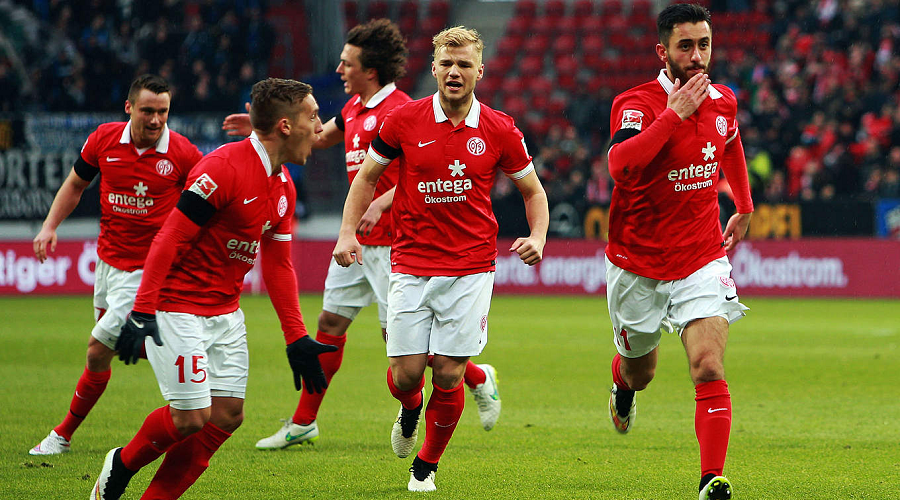 The hosts are also preparing to meet Dortmund after their recent form has just earned them 6 points out of 12. They have beaten all teams below them, but have lost to teams above them in the table. Fabian Frei will miss this encounter with injury.Key Betting TrendsPrediction: Both teams seem to be inconsistent and have struggled for results in recent weeks. Statistically Dortmund have a slight edge over their hosts, but that is just it. This game seems more evenly spread as it is anybody’s game. A draw will be a fair result for both, though we see Dortmund eking out a narrow win. SATURDAY, OCTOBER 17, 2015Werder Bremen vs. Bayern MunichA few years ago, this fixture would have been hard to predict as it would go either way. However, the recent form of Werder Bremen has seen them go just two places above relegation zone, in 14th, gathering only seven points this season. And with the free-scoring defending champs next in line for them this weekend, it doesn’t look pretty, especially because Aron Johansson will not play for the hosts due to injury. Fortunately, Philipp Bargfrede is s back after suspension. 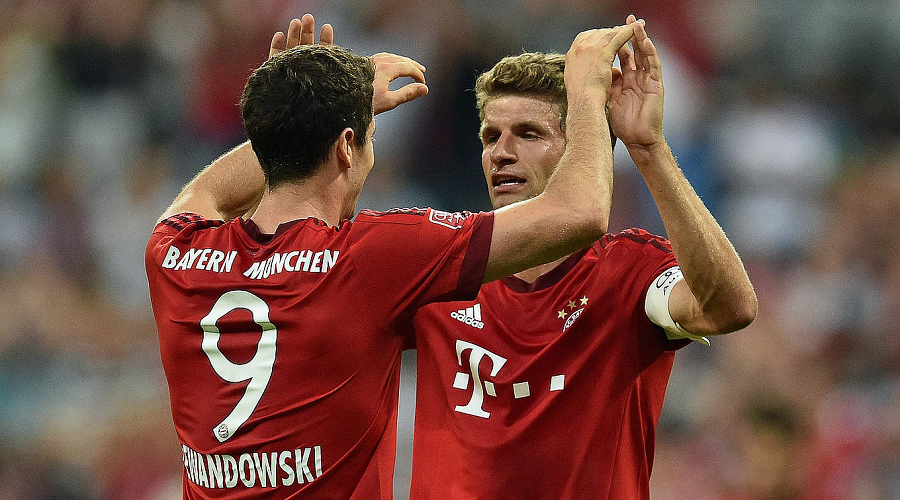 Given their current form, the duo Müller and Lewandowski look highly likely to lead the Bavarians to a riot over Bremen. Plus, the Bavarians have scored an average of 3.5 goals this season in the Bundesliga, showing that their offense doesn’t have problems. Making matters worse, Bayern have scored at least four goals in their last five games against Bremen. So although Mario Gotze joins the long list of Bayern injuries, including Sebastian Rode, Arjen Robben, Franck Ribery, Medhi Benatia and Holger Badstuber, Bayern still has enough talent to make a killing this weekend.Key Betting TrendsPrediction: After thrashing Dortmund 5-1, it is hard to see who can stand against Bayern Munich. Werder Bremen lack the depth and the will to do so. A comfortable win thus looks highly likely for Bayern, as the total goes OVER 4 goals.Schalke 04 vs. Hertha BerlinThis clash could be the game of the weekend, as third place Schalke 04 takes on fourth Hertha Berlin. Schalke 04 has had a good run of results with a six-game winning streak in all competitions, until they were brutally brought down by FC Koln in a 3-0 drama-filled game two weeks ago. That loss also ensured that they had conceded only the second time in seven games. For this game, they are likely to be without Joel Matip and Eric Maxime-Choupo Mouting. 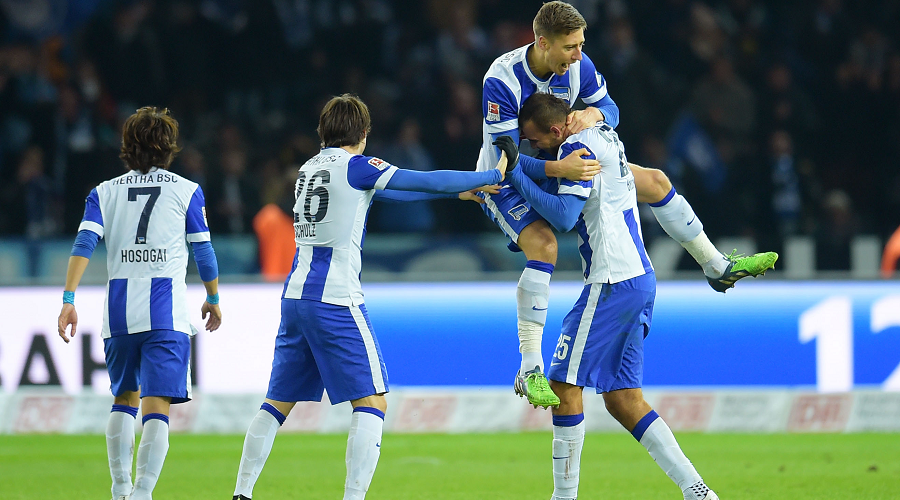 Hertha have impressed this season after picking 14 points in 8 games and a goal difference better than that of Schalke. However, Hertha have not beaten Schalke since 2004, confirming their run of bad results against their hosts. Per Ciljan Skjelbred is a doubt after picking an injury on international duty for Norway. Niklas Stark is also recovering from an injury, though he could feature in the game. The experience of Salomon Kalou and Vedad Ibisevic will be key for them here.Key Betting TrendsPrediction: Schalke 04 have everything working for them against Hertha Berlin. They are at home with an outstanding record of 13 unbeaten against Berlin. But it must be noted that Hertha are just two points behind Schalke 04, which could be a turning point of this fixture. They are coming all out to ensure that they bring the unbeaten record to a halt. We therefore predict a draw result in this game’s soccer odds.Hamburger SV vs. Bayer LeverkusenThis weekend we will see the locking of horns between a team that is seventh and one that is eleventh, with just three points separating them. A win for Leverkusen will ensure they have a chance of going up to fourth, while a win for Hamburger could see them climb to seventh. 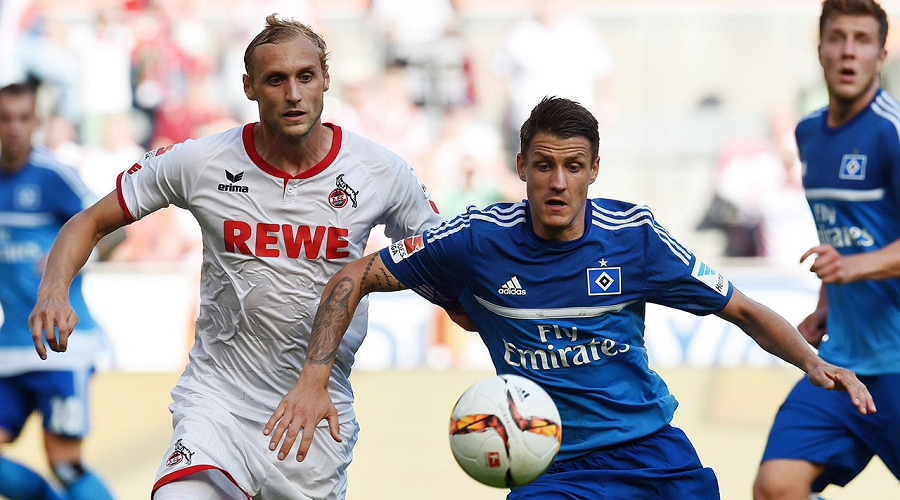 Until round six of the Bundesliga games, Hamburger were above Leverkusen, but back-to-back defeats have relegated them to the eleventh place. For this game, Leverkusen will be looking to bounce back from the draw against Augsburg, while Hamburger are set to come out of the embarrassing 3-0 loss to fourth place Hertha Berlin in Week 8. Hamburger are set to be without Hirzel, Rudnevs and Marcos all to injury, while Leverkusen will be without Hirzel, Rudnevs, and Marcos. Key Betting TrendsPrediction: This game will be closely contested matchup since both teams will be out to return to winning ways. Hamburger have the home advantage and the fact that Leverkusen have also done poorly away this season could work for them. A slight win for the hosts (Hamburger) is therefore our prediction here.
Older post
Newer post