NCAA Football Betting News
If you’re a college football betting buff that loves making Over/Under Total wagers and you’re looking to cash in one more time on the 2016 NCAA College Football Championship game, then you’ve come to the right place!Thanks to this expert O/U Total betting breakdown on Monday’s title tilt between the Clemson Tigers and Alabama Crimson Tide, you’re going to have a great opportunity to cash in with a potentially winning O/U wager. With the two title hopefuls set for battle on Monday, January 11 at 8:30 PM ET, live from University of Phoenix Stadium in Glendale, Arizona, let’s get started.

How The Clemson Tigers Affect The Odds Total

The Clemson Tigers (8-6 O/U) have played Over their Total eight times this season, including three times in the last five games. Led by DeShaun Watson, the Tigers went 4-1 O/U away from home while ranking 16th in scoring (38.4 ppg). As a matter of fact, the only time the Tigers played Under the total was basically when they stopped the other team from scoring. In five of Clemson’s six Under outcomes this season, the Tigers held their opponents to 13 points or less, while limiting Oklahoma to just 17 points in their CFP semifinal showdown last weekend. 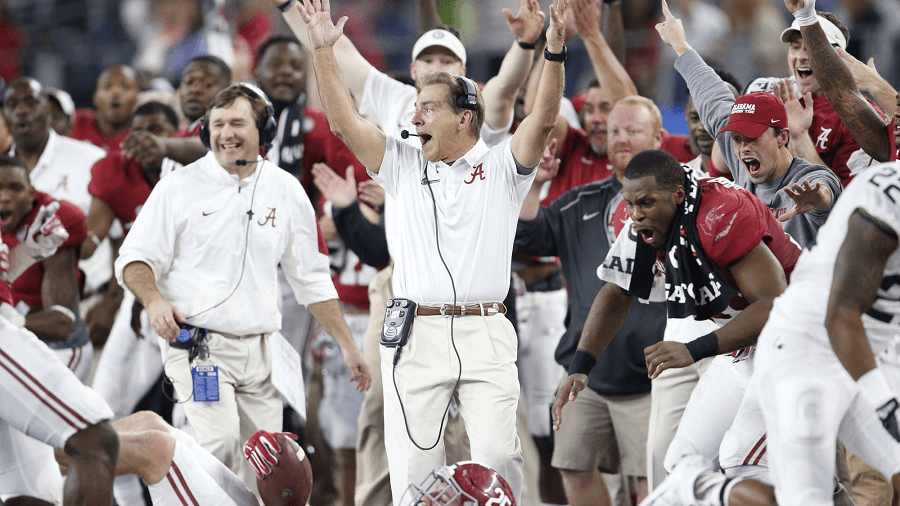 How The Alabama Crimson Tide Affect The Odds Total

The Alabama Crimson Tide (5-9 O/U) played Under their Totals nine times this season, mostly because of their super stingy defense! Alabama ranked second in total defense, 18th against the pass, first against the run and first in points allowed (13.4 ppg) and has not allowed more than 16 points in each of their last seven games. After going 3-7 O/U over their first 10 games, the Tide have alternated Over and Under outcomes over their last four games. Alabama went 1-3 O/U on the road this season and have played under the total in each of their last three games away from their own comfy confines.

I’m going to get right to the point by saying that I like the Over in this contest mostly because Alabama is going to be forced to try and keep up with Clemson’s dangerous offense.The Over is 7-3 in Clemson’s last 10 games overall and an identical 7-3 in their last 10 games following an SU win while also going 6-1 in Alabama’s last seven games in the month of January. No matter how hard I try, I just don’t see the Crimson Tide being able to stop DeShaun Watson.My Final score prediction: Clemson 31 Alabama 27
Older post
Newer post