NCAA Football Betting News
Just when you think you will have a moment to catch your breath after all the action of NFL Wild Card Weekend, you get to see the excitement of the College National Championship Game at 8:30 PM EST on Monday, January 11 at the University of Phoenix Stadium in Arizona. The Alabama Crimson Tide will head into that game as 7-point favorites over the Clemson Tigers, but is that point spread a little too high or a little too low? Let’s take a look and see.

UA returned to practice before the coaches, players met with the media Wednesday #RollTide https://t.co/1l9tRaSq9e pic.twitter.com/8BjvcznxwM

Why bet on the Alabama Crimson Tide to Cover?

After losing to Mississippi all the way back in September of last year, the Alabama Crimson Tide have been totally dominant. Nick Saban is not a man who takes defeat very well, and he challenged his team to be perfect the rest of the way after that defeat. It appears as though they listened, as Alabama rolled to victory in the next 11 games, winning the SEC Championship along the way. Alabama have pretty much been a favorite to win it all for as long as Saban has been the coach there, but they look particularly scary this season. That was no more evident than in their 38-0 demolition of the Michigan State Spartans in the Capital One Orange Bowl. They showed in that game that they don’t need to rely heavily on Heisman winner Derrick Henry to get wins, as it was QB Jake Coker who was the star of that show. The Alabama front 7 is totally dominant, and if they can slow down the high-powered Clemson Tigers offense, things could get ugly pretty quickly. 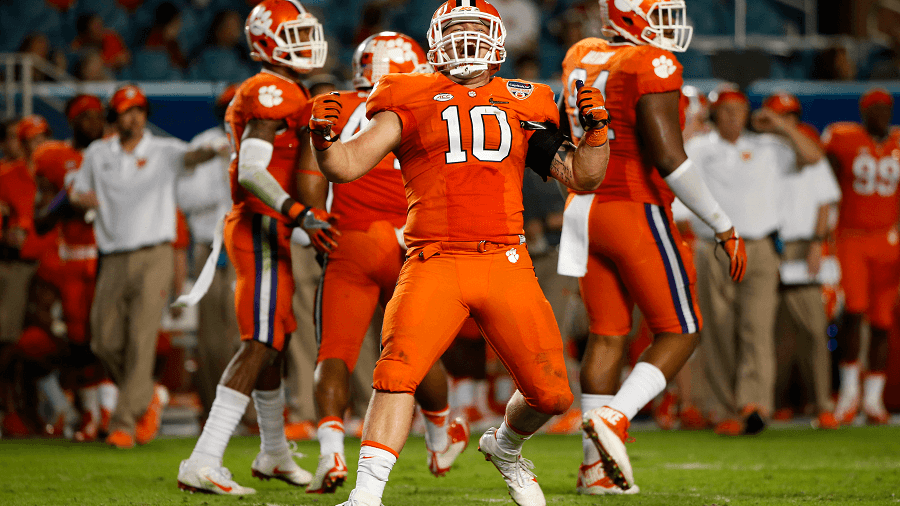 Why bet on the Clemson Tigers to cover?

It’s not often that you get to see an unbeaten team head into a championship game as a 7-point underdog, but that is exactly what Clemson are going to have to do. Part of the reason why they have been placed as the underdog has to be how they were almost upset by North Carolina in the ACC Championship game. The Tigers defense gave up 37 points in that one, but steadied the ship a little in their 37-17 win over the Oklahoma Sooners in the College Football Playoff semi-final game. They also went into that one as an underdog, but easily overcame the 3.5-point weight placed around their necks. The key to victory for the Tigers has to be QB DeShaun Watson, who may be forced to win this one with his arm if the Alabama front 7 plays the way it can. This is a team that can score quickly, though, which means the Alabama D is going to need to have their wits about them.

It is not very often that you see Nick Saban get outcoached, and Dabo Swiney is going to have to find a way to do that if the Tigers are to spring the upset. I like the Crimson Tide to win, but I think this one might be closer than many expect.PICK: CLEMSON TIGERS
Older post
Newer post