NCAA Football Betting News
If you can smell the weekend, then you probably know what this one smells like.., Pure Football! While college football betting fans are now busy following updates and preparing on how to place their wagers in the online betting lines, teams are busy preparing to entertain and hopefully move closer to winning trophies come the match day.Among our anticipated battles, the Kansas Jayhawks take on Texas Longhorns in a clash between two struggling but talent-laden teams. The Jayhawks will be hoping to put behind them the worst run of 11 losses in succession and begin a new chapter. On the other hand, the Longhorns will be seeking to sort out their own problems and get a win after losing four of the last six games. Below are a succinct NCAAF Lines betting guide on this game, inclusive of free college football picks to consider in your betting tickets for the weekend.

Betting on TexasOne word that can surely describe the Longhorns game against Iowa State is pathetic. Had the fans known that Texas would fail to score, they would have left at the end of the first quarter and not endured the 24-0 shutout defeat at home. This season teams have endured some bad losses, but anyone who ranks this as the worst is just in order. It was both embarrassing and demoralizing. Thankfully, football gives everyone another chance and the Longhorns have their this Saturday. 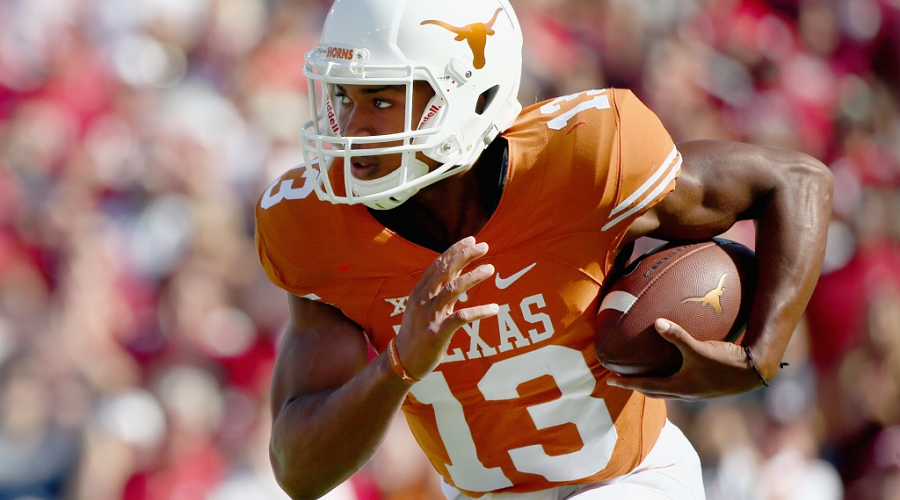 In order to bounce back, the Longhorns will be looking up to QB Jerrod Heard, who is completing 59.5 percent of his passes for 839 yards, three touchdowns and three interceptions this season. Heard has just one touchdown pass in his last six games, something he’ll need to improve on. In that regard, Daje Johnson and John Burt, who have combined for 542 receiving yards and one touchdown, and Armanti Foreman (team-best 10 receptions) will be the go-to guys in the aerial game. Their ground game is decently averaging 195.3 yards per contest, spearheaded by Heard with 502 yards and three touchdowns. Given the struggles in passing the ball, this running game could come in handy. Evidently, there is nothing outstanding about this offense. They will however be buoyed to play well, bearing in mind they are coming against a Jayhawks defense that has endured 11 back-to-back losses since last season and is allowing a ridiculous 47.1 points and 581.5 yards per game. Defensively, the Longhorns are allowing 30.1 points and 435.3 yards per game. The defense is manned by Peter Jinkens with 61 tackles, Dylan Haines with three interceptions and Hassan Ridgeway with three sacks. From such numbers, it doesn’t look like they’ll struggle much against the misfiring Jayhawks, but they must be wary of Ryan Willis of the Kansas offense, who has four touchdown passes in his last three games. Betting on KansasThe Jayhawks come into this game with worse problems than the Longhorns. Mildly put, they have become the standard unit for measuring a bad season. Last time out, they hosted the Oklahoma Sooners, and let us just say it did not go well, as they were thrashed 62-7. They only managed to score in the second quarter and that was pretty much it for them in a forgetful day on the field. The Sooners ensured the game was pretty much over by the end of the second quarter, as they were leading 38-7, a margin they stretched in the remaining half to cruise to a big win. Fortunately, this game against the Longhorns presents them also with a chance for redemption. QB Willis leads the Kansas offense, completing 56.2 percent of his passes for 960 yards, five touchdowns and four interceptions. He is supported by Tre’ Parmalee and Steven Sims, Jr. who have combined for 698 receiving yards and four touchdowns. Their receiving game is led by Tyler Patrick who has 20 receptions. 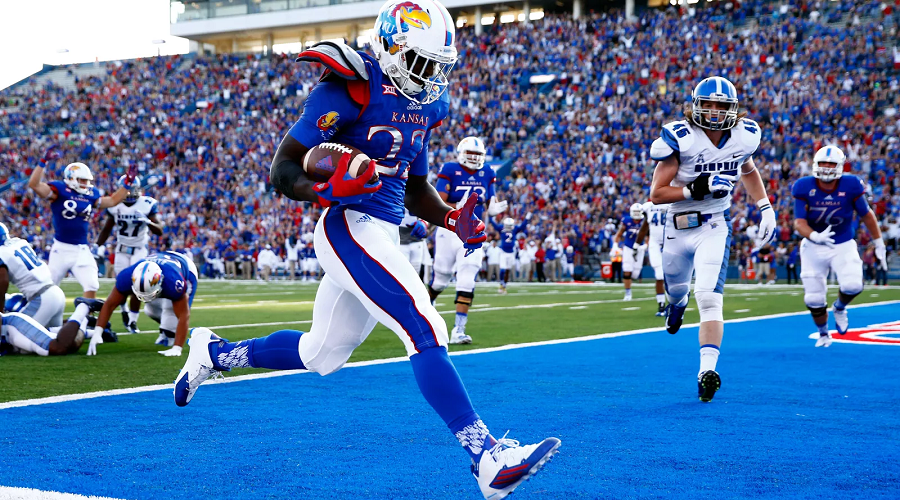 In the rushing department, Ke’aun Kinner paces the team with 390 yards and five touchdowns. On Saturday, they will be going against a defense that looks better than theirs, but is among the weakest in the conference. If they can get their offense going, with Willis and Kinner taking center stage, they could get some decent points and possibly something out of this winnable contest. Defensively, the visitors have one of the worst records this season, letting in 47.1 points per game. This D-line is manned by Fish Smithson who has 75 tackles, Ben Goodman, Jr. who has 4.5 sacks and Tyrone Miller, who has two forced fumbles. Outside the decent individual numbers, this defense has been utterly pathetic, so don’t expect much from them. Nonetheless, they face a Longhorn offense that was inactive in their last game, scoring zero points. This should give them some hope to fight and seek their first win of the season.

Who are Texas and Kansas Injury Concerns?

When you have two consistently losing teams, choosing between them is very difficult, and that’s the predicament we have here. However, in their previous games, Kansas managed to get something against Oklahoma, unlike Texas, who were whitewashed by Iowa State. However, Texas has been a better team for most season, and they’ll be playing at home, so we like their chances of securing a close win a low-scoring game that is nearly guaranteed to keep the total low for an UNDER.
Older post
Newer post