NCAA Football Betting News
The seventh-ranked Baylor Bears may be down to their third-string quarterback but they’re looking keep hope alive when they square off against the dangerous 17th-ranked TCU Horned Frogs on Friday at Amon Carter Stadium. The banged-up, but only once-beaten Bears will look to keep their CFP hopes alive when they take on a Horned Frogs team that is dealing with an equal amount of injuries to key players. Now, let’s find out who’s going to win this huge Big 12 NCAAF Lines battle!

No.7 Baylor @ No. 17 TCU NCAAF lines Game Information and Odds

Reviewing the (weak) season-long war of Baylor vs. TCU https://t.co/B0oPpgOeEs

TCU fought really hard despite being without Trevone Boykin, Josh Doctson and Joey Hunt, but failed to complete its stunning comeback attempt against Oklahoma last weekend in its heartbreaking 30-29 Week 12 loss.“I think our kids found out that … when we’re done and Trevone graduates, we were able to move the football against a really good football team,” head coach Gary Patterson said. “Some of the guys we expect to be our future guys that make plays, stepped up.” Boykin, who is still not back to 100 percent after dealing with an injured ankle and is questionable for this contest though he returned to practice this week. 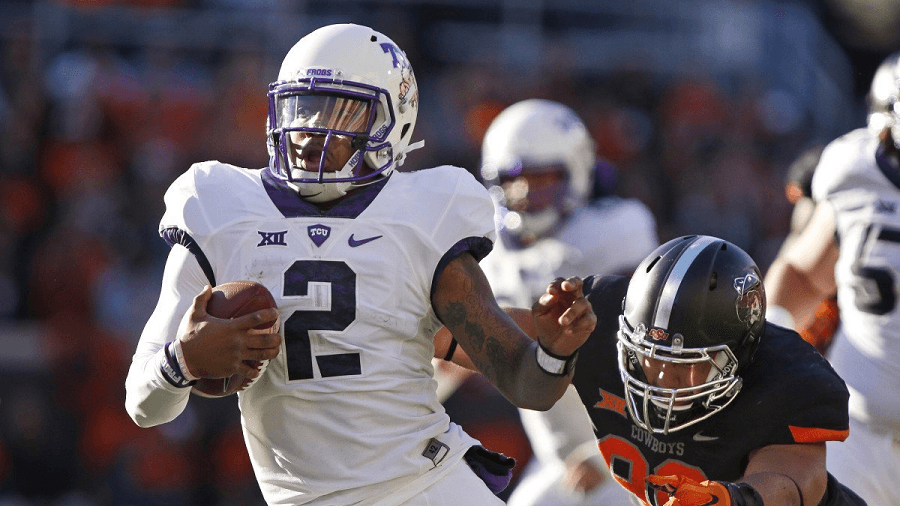 My preseason pick to win the Heisman and lead the Horned Frogs to the national championship hasn’t played since turning his right ankle against Kansas on Nov. 14. “He’s a special cat. He’ll be the guy who makes that call,” Patterson said. The Horned Frogs were forced to change quarterbacks last week with senior Bram Kohlhausen replacing redshirt freshman Foster Sawyer early in the second half after Sawyer tossed his third and final pick of the day.To his credit, Kohlhausen gave the Horned Frogs an immediate spark and finished 5-for-11 for 122 yards and two touchdowns. Running back Aaron Green also had a fine day by rushing for 126 yards and one score on 23 carries. The Horned Frogs have had a whopping 16 players make their first career start this season.“A lot of our stuff happened on defense. It happened early, so we’ve grown up and we’ve gotten better playing together, but they handled it so well,” Patterson said. “Defensively we’ve been able to do it without a bunch of people. Offensively, they went into a little shock at the Kansas game.”

Baylor came up big in their 45-35 Week 12 stunner against the Oklahoma State Cowboys. Not only did the Bears hand the Cowboys their first loss of the season to likely ruin their national championship hopes, but Baylor also easily covered the college football betting line as 3-point favorites while keeping their hopes alive for a berth in the four-team College Football Playoff.“We do like the fact that it’s late in the season, and we’re still in the hunts — with an s,” coach Art Briles said Monday. “We know it’s hard for everybody to look at you and you to deliver week after week after week. Of course, we haven’t done anything yet and haven’t finished. But at least up to this point, we’re still standing pretty solid.” 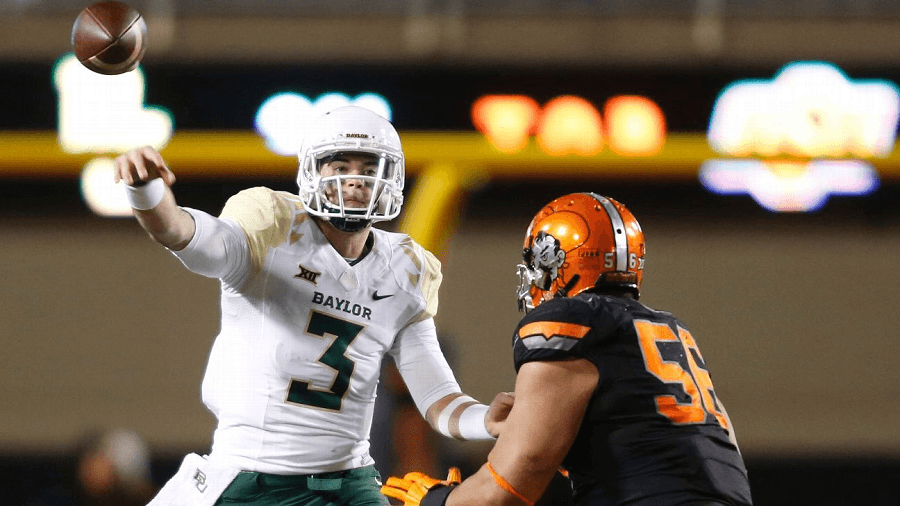 Head coach Art Briles said the Bears will likely turn to sophomore signal-caller and former wide receiver, Chris Johnson to get the win in the first start of his career after tossing two TD passes in relief of injured freshman starter Jarrett Stidham last Saturday.“It’s an opportunity to get more in-sync with those guys,” Johnson said. “It’s a little different having to just jump in there in the middle of a game with those guys without having practiced with them much. Getting some time with them will help out a lot.”

As much as I’d like to pick the TCU Horned Frogs to win this game, I don’t see it happening folks. Baylor looked fantastic last week in beating Oklahoma State despite playing on the road in a hostile environment and I believe they’re going to duplicate that feat against TCU this week.I know the Bears are starting an inexperienced quarterback, but Chris Johnson looked pretty good last week and I see no reason to believe he won’t do likewise against a TCU defense that has been decimated by injuries this season.The Bears are 4-1 ATS in their last five road games against a team with a winning home record and a blistering 22-8-1 ATS in their last 31 games after scoring more than 40 points in their previous game.While TCU has gone 4-0 ATS in their last four home games against a team with a winning road record and an impressive12-2 ATS in their last 14 home games, the Horned Fogs are also just 2-5 ATS in their last seven games following an SU loss.My Pick: Baylor 31 TCU 27
Older post
Newer post