NCAA Football Betting News
The #21 Temple Owls entered Lincoln Financial Field this past Saturday night on the cusp of online betting history. They entered their contest against #9 Notre Dame with a 7-0 record, the best seven-game record in school history. Under the harsh glare of national television, the Owls did anything but wilt – instead, they held on in a closely fought loss to the Fighting Irish. While the Owls did come up short, 24-20, they also showed that the definitely belong in the Top 25, and that their 7-0 start (which included a road win against Penn State) was not the result of playing a weak schedule to that point.

With 4:45 remaining in the fourth period and Temple up 20-17, the Owls only had to put up one more defensive stand to hold on for the win. That defense had made two key interceptions in the red zone during the first half, when Notre Dame had threatened to run away with the game. As Owl quarterback P.J. Walker told CSN Philly, “We wanted this game to go to the fourth quarter, and they just made one more play than us.” 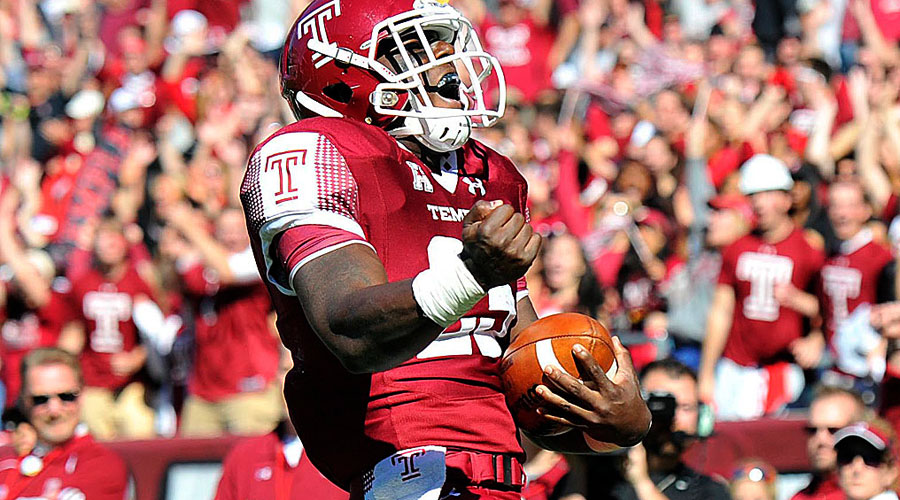 It looked like Temple would get what they wanted, though. The Owls had the Fighting Irish in a 3rd and 5 situation. However, Notre Dame quarterback DeShone Kizer found Will Fuller for a first down with a seven-yard completion. The next play was a disaster for Temple, as Kizer found tight end Alize Jones for a gain of 45 yards, leading Notre Dame back into that red zone. It just took two more plays for Will Fuller to find a hole in that Cover 2 defense and score his ninth touchdown of the season. If you think that name’s familiar, Will Fuller is the one who caught the game-winning score against Virginia on September 12.For the majority of the night, the Owls had matched up cornerback Tavon Young man-to-man with Fuller, but they changed over to Cover 2 on the touchdown. Before that last drive, though, Young had limited Fuller to just 22 yards on three catches. 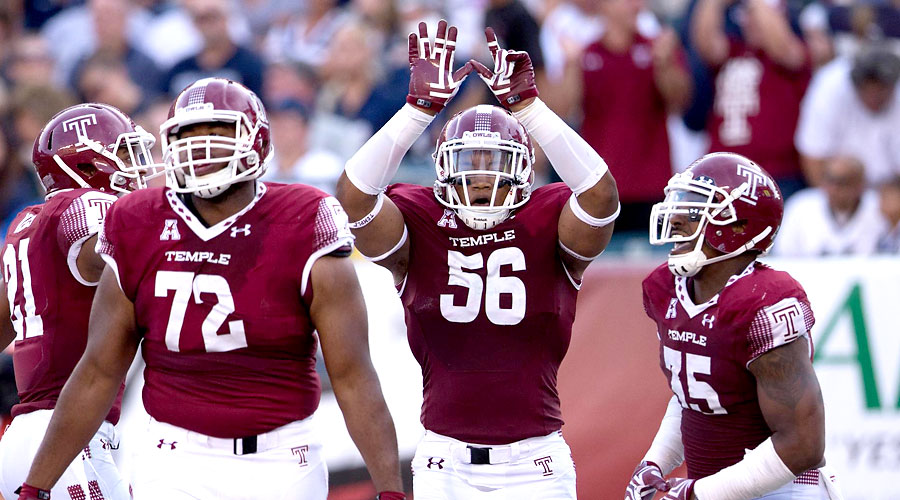 Even with the loss, though, there is a lot more that is positive to say about Temple football than negative. They held a Notre Dame offense that had been averaging 38.3 points per game to just 24. Walker had a stronger passing game for the Owls than the statistics might show. He did only complete 43 percent of his passes, but he threw well at times, and he revealed a running dimension to his game that has been absent up to this point. Of course, it didn’t help that wideout Ventell Bryant dropped a touchdown pass and Jahad Thomas dropped a pass on a key 3rd and 1, right before the Owls had to settle for a field goal. Walker went 13 for 30 with 188 yards and a score along with an interception. That pick came late, as the Owls were trying desperately to move down the field with speed. He ran for 38 yards on six attempts, including a 15-yarder and a 21-yarder in the fourth quarter.Even with the loss, Temple joins Memphis and Houston as three strong teams in a conference (the American) that many had thought was just good at basketball. That’s not the case.
Older post
Newer post