NCAA Football Betting News
The Texas Tech Red Raiders (5-5) have been pitted against the Kansas State Wildcats (3-5) in a Week 11 encounter, as both teams seek to find redemption after disappointing their fans for most parts of the season. Here is a brief guide on where to find the best value in this game’s NCAAF odds.Venue: Jones AT&T Stadium, Lubbock, TexasDate: Saturday, November 14, 2015Time: 3:30 PM ETTV: FOX Sports 1NCAAF Lines: Kansas State (+5.5), at Texas Tech (-5.5), OVER/UNDER 72

The Wildcats have been on a terrible skinning run of five losses in a row and will be hoping to avoid making it six losses in a row. Their last game was against the Baylor Bears in Week 10, where they lost 24-31 at home. Their offense played dismally for most of that game, but showed some quality in the last quarter, but the defense was pretty much terrible the whole time, culminating another Saturday of disappointment in K-StateTo beat the Red Raiders, the Wildcats will need a better start and a sustained focus throughout the game, rather than just coming alive when the game is all but over. The onus here will be on QB Joe Hubener to get things going both in the passing and running game. On the season, he is completing 47 percent of his passes for 1,114 yards, six touchdowns and six interceptions. The QB also paces the running game (that is averaging 169.8 YPG rushing) with 411 yards and eight touchdowns.Facing a Texas Tech defense that has allowed 164 points in its last three games (and is allowing a whopping 42.2 points and 560.3 yards per game this season) gives Hubener and his offensive weapons a sure opportunity to come out of the miry clay. It however remains to be seen if they will take the chance, given the manner in which they’ve failed to impress this season, even against much softer opponents.Conversely, the Red Raiders have lost three in a row and are eager to snap out of this losing streak against the gullible-looking Wildcats. In their last outing, the Raiders gave a spirited effort, but still lost 26-31 to West Virginia on the road.Texas Tech can however take several positives out of that game, particularly in the offense, where Patrick Mahomes II led a very energetic group that could have walked out of Virginia with a win had the defense played its part. 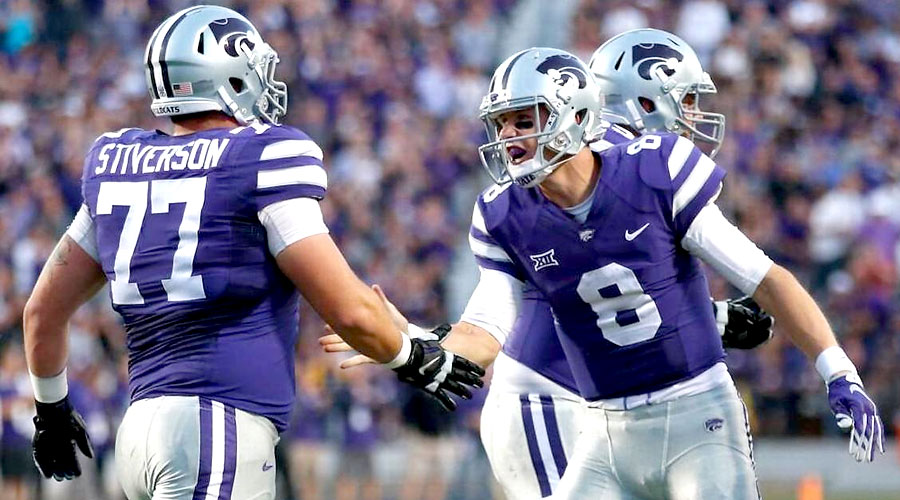 On the season, Mahomes is splendidly completing 64.4 percent of his passes for 3,527 yards, 28 touchdowns against 13 interceptions. His quality under the center is affirmed by the fact that he has completed seven touchdown passes in the last two games. If he can continue with his solid season, he shouldn’t have many problems against K-State’s defense that is allowing 29.1 points and 430.3 yards per game.Plus, if the passing game isn’t able to find some good productivity, RB DeAndre Washington (1,034 yards and nine touchdowns) and his fellow runners should be more than capable to carry the weight against the Wildcats defense that has allowed 109 points in its last three games, including a good number of key plays on the ground.

With the two teams have leaky defenses and talented offenses, this guarantees lots of points scored on both ends of the field, so expect a shootout affair that will most likely deliver an OVER. As for the win, the Red Raiders are easily the best team here, and playing at home is an added advantage, so both the SU and ATS should go to Texas Tech fans.
Older post
Newer post