NCAA Football Betting News
The Holiday season has officially started, and so the annual college bowl season. The matchups for every college football bowl game were announced on Sunday, from the College Football Playoff to the New Orleans Bowl. Same as last year, the Cotton and the Orange are set to host the NCAAF Odds playoff semifinals, with Alabama serving as host to the Michigan State Spartans in the Cotton Bowl and Clemson and Oklahoma facing each other in the Orange Bowl.

The race for the national title was close this year. The season started with a bang, with many betting favorites such as Baylor, Ohio State, Florida State and TCU beating their rivals and taking the top position in the rankings. Some of these so called favorites dropped the ball before the regular season was over (including the Buckeyes, Baylor, LSU and TCU), while other simply missed the chance to get to the postseason due heartbreaking loses in the Conference Championship. 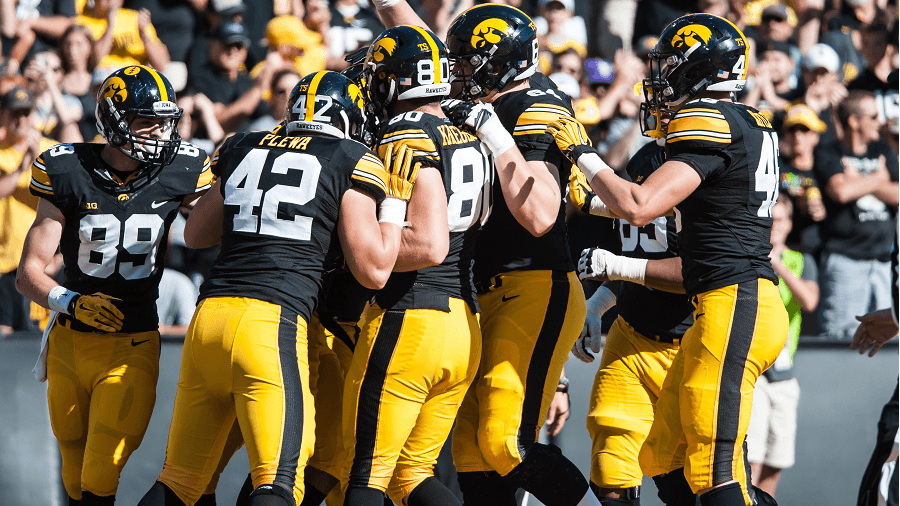 One of these teams was the Iowa Hawkeyes, who suffered a 3-point loss to Michigan State in the Big Ten championship left them out of the playoffs. Despite the bitter loss, the Hawkeyes will have a final chance to meet a top 10 ranked rival in a prime time game when they face Pac-12 champion Stanford in the latest edition of the Rose Bowl Game presented by Northwestern Mutual. This will be Iowa’s first appearance in the game since 1991. So here’s a better look of the bowl games set for New Year eve and New Year’s Day. For complete College football bowl schedule, including dates, starting time and match ups, please click here. We’ll update this as match ups roll in, and as of right now, here’s how the whole thing stands.

Having two of the best college football teams in the nation going head to head on New Year’s eve is always exciting, but having two loaded teams such as Clemson and Oklahoma only makes its better. Clemson (13-0) has cemented itself in the No. 1 since the committee announced the rankings the first week of November. On the other hand, no team has been to the Orange Bowl more than the Sooners, who are heading to the Orange for the 19th time. Oklahoma was thought to be doomed by a midseason loss to Texas, but won seven straight by a combined score of 364-136 to clinch its ticket to the postseason.

The Classic is set! @MSU_Football vs @AlabamaFTBL in the @CFBPlayoff Semifinal at the Goodyear Cotton Bowl! pic.twitter.com/wezzGd32R7

After a slow start this season, The Crimson Tide did all they needed to do to get back to the playoff picture. The dominated their conference rivals and beat Florida in the Conference Championship game, clinching their ticket to the College Football Playoff for the second year in a row. Against all predictions, the Michigan State Spartans put a dent to Iowa’s perfect record, beating the Hawkeyes 16-13 in the Big Ten Championship Game. College Football Playoff debut this winter. The Spartans had to pull comebacks to Michigan, Ohio State and Iowa — all Playoff contenders — but were able to beat them all in the last minute. They had an easy season ending against Purdue and Rutgers, but the Spartans have slogged through 13 games with just one loss to Nebraska.

The game will feature Ohio State and No. 8 Notre Dame, which had its only losses of the season against No. 1 Clemson and Stanford. The game is a rematch of the 2006 Fiesta Bowl, which Ohio State won 34-20 before moving to national title games in each of the next two seasons. Notre Dame will play its first New Year day bowl win since 1994 (Cotton Bowl vs. Texas A&M), but they will have to do a huge effort to improve their 0-8 Bowl Record.

The first New Year’s Six matchup will take place Dec. 31 at the Chick-fil-A Peach Bowl, where No. 18 Houston takes on No. 9 Florida State. The Cougars, who won the American Athletic Conference title Saturday, earned a spot as the highest-rated Group of 5 team. Florida State, which won a national title two years ago and reached the inaugural playoff last year, makes its first Peach Bowl appearance since 1983. The game kicks off at noon ET.
Older post
Newer post