NCAA Football Betting News
Scouting is a long and a sensitive process when it comes to evaluating talent in college football ahead of any NFL Draft. But given that there is a lot at stake in the NCAAF lines between now and the start of the 2016 NFL Draft, it is of extreme importance to take note of the many emerging talents in college football before the picks come to reality.For most secondary units in the NFL, the need for a top-level cornerback is higher than ever before, considering most NFL offenses heavily rely on the passing game and finding ways of defending the pass is crucial. So ahead of the 2016 NFL Draft, the cornerback position will undoubtedly be one of the key areas that most teams will be observing. Below are some of the top cornerback prospects who have already impressed so far in the NCAAF thus positioning themselves well for top selections in next year’s NFL draft.

Fuller would have had an amazing season as a cornerback in this year’s class, were it not for his right knee injury that is set to keep him out of the remainder of his junior year. But even with the injury, this young cornerback has almost everything that any NFL scouts would want to see in a player. He has the speed, technique and ability to make tackles in run support. While Fuller is not the tallest cornerback at 6’0’’, he has the ability to use his frame to make plays on aerial balls. His pedigree is more-or-less similar, if not better, when compared to his older brother Kyle Fuller, a cornerback for the Chicago Bears. Essentially, that’s why many NFL teams have been impressed by him and have been reportedly keeping tabs on his recovery.So although Fuller will miss the remainder of the season due to his injury, he will definitely be in draft conversations as a potential first round pick, especially if he manages to recover quickly and show (during individual workouts) that he can still be efficient. Of course, he will have to make a decision at the end of the season whether to return to Virginia Tech for his senior year or enter the NFL Draft. But if he heals quickly enough, expect Fuller to bolt college and work on his trial stocks to become a first-day pick. Prior to his injury this season, he averaged 3.5 tackles per game.

White is another talented CB who has developed a solid reputation as a potential first round pick in the 2016 NFL Draft.  Not only is he decently averaging 3.8 tackles per game, but he has also been very instrumental in helping LSU to a great start this season, thanks to his versatility and coverage ability. Even though white is undersized at  5’11 and 191 pounds, he has started for LSU in all games since his true freshman season and has also served as the program’s primary punt returner, where his elusiveness and speed have been on full display. Not to mention, he was a five-star recruit as the nation’s second-ranked CB prospects out of high school and has never disappointed at the NCAAF level. Former top Tigers defensive players have been success stories at the pro level, like Tyrann Mathieu (Arizona Cardinals), so White is expected to follow the suit and translate his strong junior year into becoming a first round pick.

Despite his lack of size that most NFL scouts are looking for in the CB position, Hargreaves III has the skill set, speed and technique to become a high first round pick in the 2016 NFL Draft. Although he is 5’11’’ with 199 pounds, what Hargreaves III lacks in height he makes up for with his excellent instincts and his ability to make big plays on the field. He was among the top CBs in the nation entering the season and has had a productive year at Florida so far. Hargreaves III should thus be among the first cornerbacks to be considered for the first round next season. Entering Week 11, he is decently averaging 2.8 tackles per game and has 4 interceptions to his name this season. 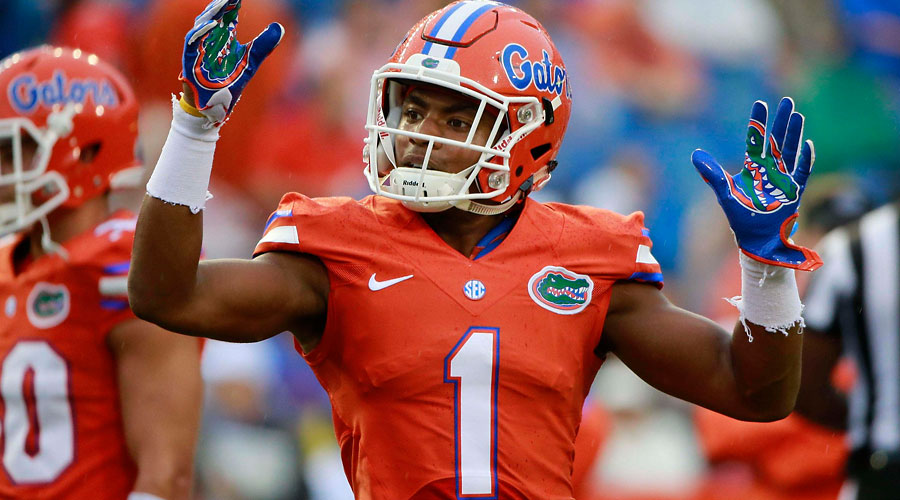 Ramsey has the potential to be a special player in the Pros and boasts of virtually everything that NFL scouts would want in the cornerback position, including speed, size and strength. He is a five-star recruit who was an All-American as a freshman on Florida State’s National Championship team. More notably, he has been moved all over the field this season in an effort to maximize his potential and improve his versatility, which could bountifully pay off at the next level of his football career. Ramsey is 6’1’’with 204 pounds, but is a track star that often makes up for his mistakes with his stellar closing speed. On the season, he is averaging 4.1 tackles with 0.11 sacks per game, making him a player to watch among the top cornerback prospects ahead of the 2016 NFL Draft.
Older post
Newer post