NCAA Football Betting News
The closer we get to the weekend, the more exciting it becomes for die hard NCAAF betting fans like you and me, as we all know that good football—just like other good things in life—is worth waiting for, and when the games happen, the games and tons of online sports betting action will make it worth our while. That’s exactly what we expect this weekend when the Georgia Bulldogs (5-3, 3-3 SEC) take on the Kentucky Wildcats (4-4, 2-4 SEC) in a crucial game that is likely to have major implications on the SEC East title race.
With both teams coming off losses in their previous fixtures, which of the two teams will be bouncing back on the winning column in this Week 10’s college football odds? Read on below for a detailed guide on that, and much more.

After getting off their season to a blistering 4-0 start, the Bulldogs have been on the end of a series of bad results that have seen them lose three of their last four games, most embarrassing of them all being 27-3 loss to rivals, Florida, last weekend.
The game was so one-sided that it almost looked like the Gators have been given a walk-over win. Georgia barely had anything going in the game and did not manage to get a point until the third quarter, when they got the three points. After that, normalcy resumed and the Gators sealed a solid win. 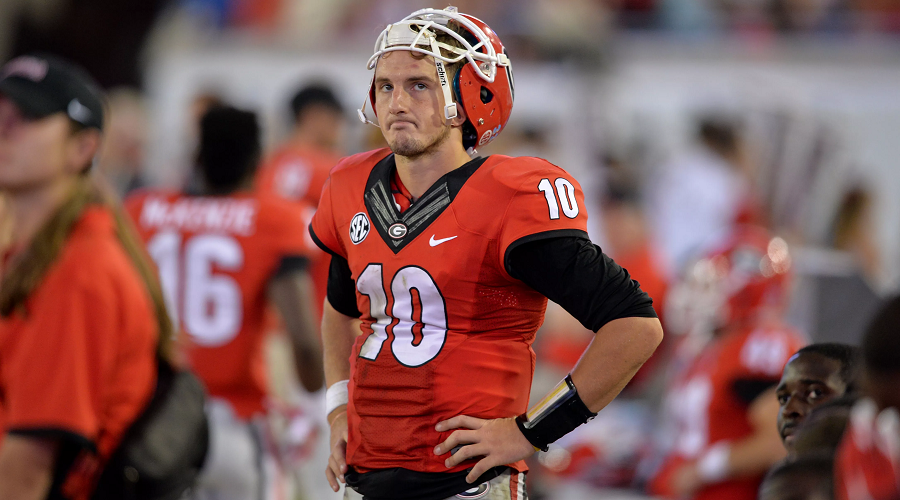 In that game, the Bulldogs  were reduced to just 223 total yards of offense and a field goal (3 points), which was way below their season average of 29.4 points scoring and 403.6 total offensive yards per game. If they are to bounce back, their current starting quarterback Faton Bauta, who is completing just 45.5 percent of his passes with zero TDs and four interceptions to his name, will need to wake up from his costly slumber.
Meanwhile, with Nick Chubb out for the year, Sony Michel (who leads the running game with 553 yards and four touchdowns) and Malcolm Mitchell (who leads the receivers with 39 catches and four touchdowns) must also offer Bauta solid options in the offense. This will be especially be important, as they will be going against a Wildcats defense that is allowing just 29.1 points and 414.6 yards per game, with a good number of solid defensive performances littered in their résumé this year.
Defensively, Georgia has allowed an average of 20.4 points and 321 yards per game with six interceptions. Jake Ganus, Tim Kimbrough and Leonard Floyd man the Georgia defense with 55 tackles, 52 tackles, and 44 tackles, respectively, which is commendable of them. It’s not like they cannot do better, but going against a Kentucky offense that is averaging 24.2 points and 387.1 yards per game, this defense should be good enough to frustrate the visitors, especially if they can help out in cleaning up issues like turnovers by their own offense.

The Gators are entering this encounter in the wake of losing their third game in a row. Last weekend they fell into the merciless hands of the Volunteers who voluntarily ensured their losing streak would continue with a 52-21 thrashing. Joshua Dobbs is a name that Kentucky do not want to hear right now, as he accounted for four touchdowns in that win. It was a collapse that was majorly down to concentration, as the game was even by the end of the first quarter, but the Vols stole the show in the second quarter and never looked back.
Making matters worse for Kentucky, they will be facing a Georgia team that has owned them in their series. Georgia leads Kentucky 54-12-2 in the all-time series, including a 26-4-2 mark at the Sanford Stadium. Most recently, the Bulldogs have a five-game winning streak in the series, with Kentucky’s last win coming way back in 2009 in Athens (34-27). 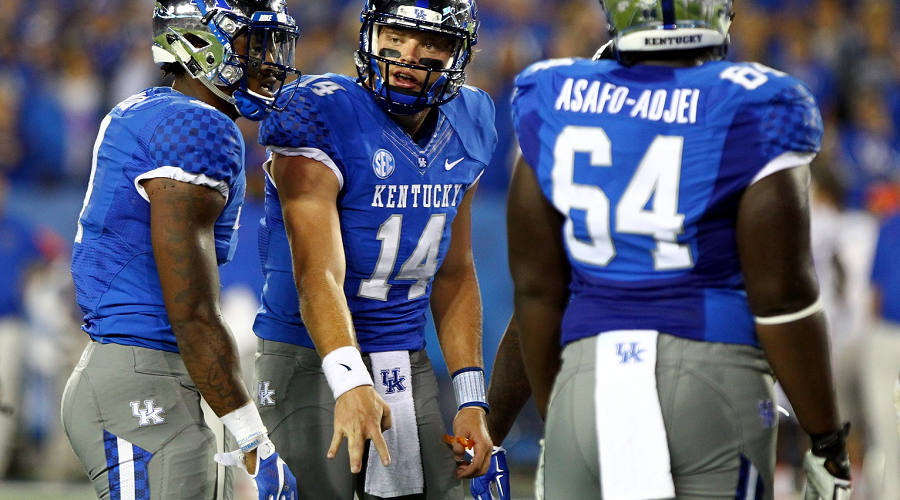 With their poor run and such a history working against them, QB Patrick Towles, who has completed 58.9 percent of his passes and has 9 touchdowns and 10 interceptions for Kentucky this season, must clean up his act. Similarly, Stanley Williams (who leads the rushing game with 563 yards and three touchdowns) and Dorian Baker (who has tallied a team-best 42 catches and three touchdowns) will also need to get into a winning character. Georgia’s defense, which has posted five fumble recoveries and 15 sacks on the season, will be challenging, but not unbeatable, hence allowing the Cats a good chance to score some solid points if they can bring their A-game.
Comparably, Kentucky have only recorded four fumble recoveries and 13 sacks, underlining the need to improve, even if their points allowed average isn’t that bad. In this regard, Josh Forrest, who leads the defense with 66 tackles, Marcus McWilson (54 tackles), and Cory Johnson (49 tackles) are the players who will be charged with responsibility of pulling the strings in the defense. After Georgia offense scored just three points last week, albeit against a good Florida defense, Kentucky should have all the hope in the world for an equally good D-line showing against Georgia’s struggling offense.

Evidently, the hosts look more organized defensively than their visitors, which is something that could work out well for them. However, they must improve on the offense if they really want to win this game. The visitors, on the flipside, look better on the offense, but will face an improving Georgia defense that will make life hard for them, possibly winning as home favorites. We, however, believe that the Bulldogs will give a good representation of themselves at home, but Kentucky will somehow manage to end its losing streak by eking out a win over Georgia, mainly because of the Dawgs’ injury woes and their misfiring offense. Total-wise, expect a low-scoring duel that will feature several errors and turnovers from both ends of the field, leading to an UNDER total.
Older post
Newer post