NCAA Football Betting News
The Washington Huskies will look to become bowl-eligible by taking down the 20th-ranked Washington State Cougars when they host their in-state rivals in a meaningful Pac-12 NCAAF lines pairing this coming Saturday. While the Huskies have clearly been the better team this season, they’ve also got quarterback issues coming into this contest that could prevent them from walking away with the win over their hated adversaries. Now, let’s find out which one of these teams will bring home the bacon.

Washington has won three straight and six of its last seven games and comes into this conference clash off a commanding 27-3 blowout over Colorado as 14-point home favorites, but the Cougars weren’t in the mood for any celebrating with starting quarterback Luke Falk going down with an ugly injury. 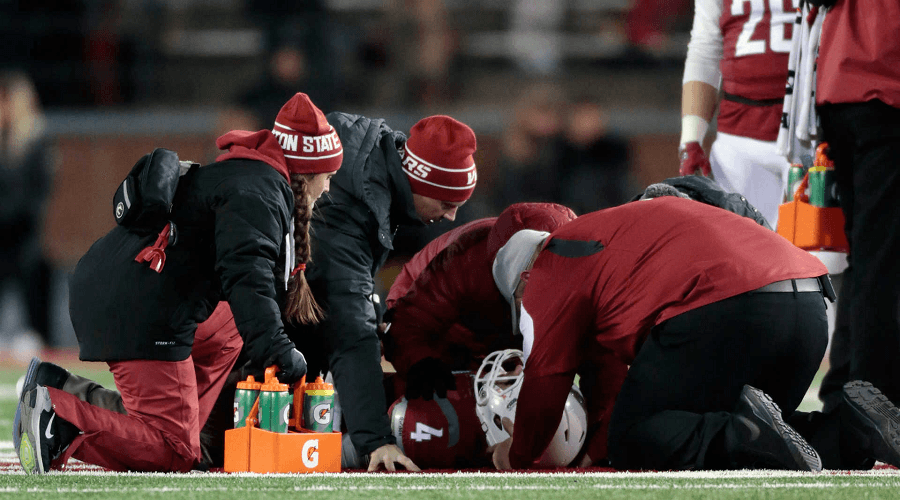 Just one week after he was checked for a concussion against UCLA and passed protocol, allowing him to return in the second half, Falk had to be taken off the field on a backboard with 8:16 left in the third quarter after being sacked by Colorado’s Samson Kafovalu. Falk appeared to be knocked unconscious when taken down and his head slammed against the turf. Backup quarterbacks Gabe Marks and Dom Williams each threw touchdown passes in relief of Falk.Washington State head coach Mike Leach declined to answer any questions regarding Falk’s injury while Williams said, “I didn’t know what happened. I was praying for the best.” Before exiting, Falk completed 27 of 35 passes for 199 yards and one touchdown against the Buffaloes. Falk’s status is up in the air for the Cougars’ matchup against Washington, either skewing or negating the odds for this Week 13 showdown.The Cougars are ranked an impressive 35th in scoring (34.5 ppg) and 73rd in points allowed (27.4 ppg). 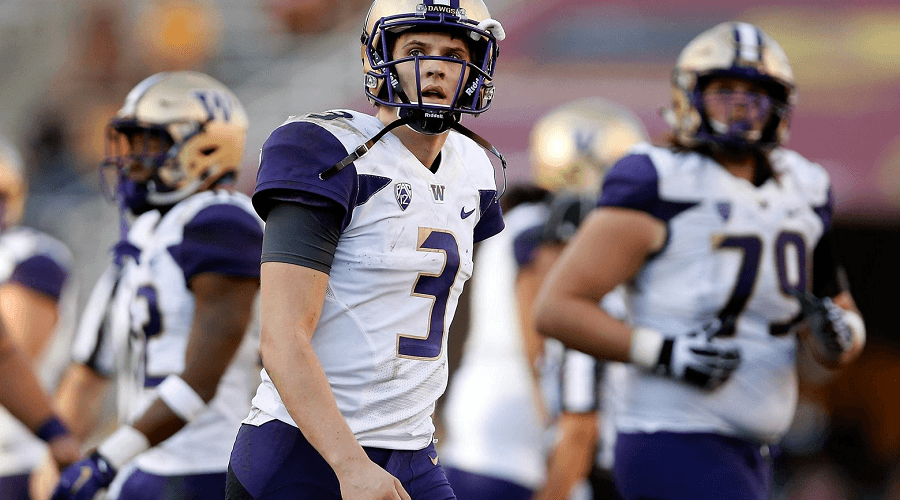 The Huskies scored the game’s first 52 points as Washington scored on their first six possessions and freshman quarterback Jake Browning tossed four touchdown passes. “We tried to play a full game, a full four quarters. Started fast last week and couldn’t finish, so we wanted to make sure we did this week,” Browning said. Now, the Huskies need one more win to become bowl eligible.“Our backs were against the wall a little bit, so we had to win this one,” Browning said. Washington coach Chris Petersen commented on his team’s perseverance after the victory. “We’ve had some tough Sundays coming in some-hard fought games. And they’ve never backed down and they’ve never flinched. They just keep working and getting better. I think we saw a little bit of that tonight,” Petersen said.The Huskies are ranked 72nd in scoring (28.1 ppg) and a stellar 15th in points allowed (18.5 ppg).

I know the Washington State Cougars have the better record coming into this contest and have been the better team all season long, but I’m going to urge you to back the Washington Huskies to get the home win in this one for two reasons.First, Washington State will definitely be hampered if Falk doesn’t start for them and I’m guessing he’s not after witnessing his latest head-related injury. If Washington State is forced to rely on their two backups for the second straight week, I don’t think things will turn out nearly as well as they did against lowly Oregon State.Second…I believe Washington’s all-out desperation, combined with the fact that they’re playing at home, will help lift them to the straight-up victory over the Cougars in this one. While the Cougars have gone 8-0 ATS in their last eight conference games and 6-0 ATS in their last six games following an SU win, the Huskies are 4-1 ATS in their last five games after rushing for more than 200 yards in their previous game while the Underdog in this series is 14-6 ATS in the last 20 meetings.I like the Washington Huskies for the narrow home win and accompanying bowl game berth.My Pick: Washington 30 Washington State 27
Older post
Newer post