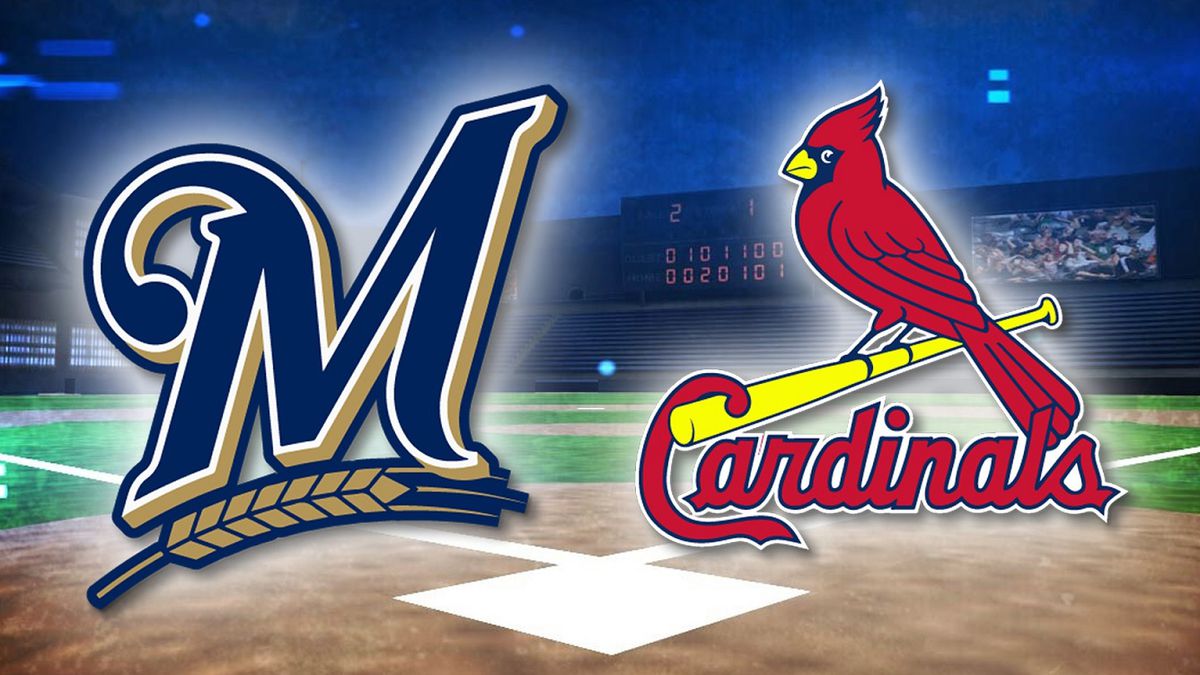 Written by Jordan Walters on September 15, 2020

It’s looking more and more likely that the Chicago Cubs are going to win the NL Central, with the St. Louis Cardinals and Milwaukee Brewers battling for second place and playoff positioning – although the Brewers might miss out entirely. They face off Wednesday in Beer Town in a doubleheader. Here’s a look at Game 1’s matchup.

How to Bet Cardinals at Brewers MLB Odds & TV Info

The defending 2019 NL Central Champion Cardinals are on a 10-day, 13-game road trip through Milwaukee, Pittsburgh and Kansas City with a handful of doubleheaders mixed in.

The Cards have placed outfielder Austin Dean on the 10-day injured list with a right elbow strain. The move cleared a spot for Kwang Hyun Kim’s return from the injured list. Dean just returned from the COVID-19 injured list a few days ago, but he injured his elbow during Sunday’s game. The Cardinals didn’t activate another outfielder to replace Dean, likely because they will rotate Tommy Edman and Rangel Ravelo through the outfield in addition to outfielders Tyler O’Neill, Harrison Bader and Lane Thomas.

Pitcher Johan Oviedo (COVID-19) threw a flat ground session at Busch Stadium over the weekend. He should be able to return to the Cardinals’ active roster in the coming week. He was placed on the COVID-19 IL on Thursday after coming in contact with somebody who tested positive for the virus. Fellow pitcher John Gant is considered day-to-day with discomfort in his right groin. The hope is that Gant will be available within the next 1-3 days.

It’s scheduled to be Adam Wainwright (4-1) in Wednesday’s first game. Wainwright took his first loss Friday after surrendering three runs in six innings versus the Reds. Wainwright was a little generous with baserunners Friday, and Joey Votto made him pay early with a two-run homer in the first inning. Eugenio Suarez also knocked an RBI double against Wainwright.

Wainwright learned quickly that his cutter wasn’t going to work for him, so he “bagged it,” relying more on his curveball, sinker and four-seam fastball.

“The home run was on a sloppy cutter,” Wainwright said. “It’s located, but it’s not tight and it’s not sharp. Didn’t finish well. Located well to [Nick] Castellanos, he hit it up the middle. Location is great, but if it’s not sharp, it’s not clean, it’s not crisp, then those guys are going to put a good swing on it. It’s a battle. Sometimes you’ve got to battle with lesser stuff.”

The right-hander has produced five quality starts in seven outings this year. He has a 2.91 ERA, 1.01 WHIP and 35 strikeouts across 46.1 innings.

The Brewers will play 10 of their final 16 games of the 2020 season against the Cardinals.

Milwaukee activated RHP Ray Black from the 45-day injured list. Black suffered a strained right rotator cuff in July, but he’s feeling better now and will pitch out of the bullpen down the stretch. The 30-year-old holds a 5.72 ERA with 51 strikeouts and 19 walks over 39 1/3 innings in the majors.

Closer Josh Hader has a 4.61 ERA, which has not like him, but he still has performed very well for the most part, holding opponents to a .128 batting average and converting nine of 11 save opportunities. He recently admitted the pandemic-delayed, shortened season has been a challenge for him, particularly with COVID-19 protocols changing nearly everything players do. Hader blew a rare save Saturday vs. the Cubs. Prior to that loss, the Brewers were 17-0 this season in games when leading going into the ninth inning.

“It’s not just Josh,” pitching coach Chris Hook said. “Everyone is going through this in one way or the other. I think we all have these feelings that the season is different. Everything is different about this year.”

It’s Brandon Woodruff (2-3) scheduled here. Woodruff allowed just one hit and struck out a career-high 12 batters over seven scoreless frames as part of a no-decision against the Cubs on Friday. Woodruff didn’t issue a walk, though he hit two batters. He didn’t give up his first hit until Ian Happ reached on an infield single to begin the top of the sixth inning.

At 89 pitches and the game still scoreless, Woodruff got the opportunity to pitch into the seventh for just the second time this season. Woodruff responded with his most dominant inning of the night, striking out the side on only 11 pitches to finish at a season-high 100. Woodruff had 36 swinging and called strikes in his 100 pitches and lowered his ERA to 3.40 along the way.

“Nothing mechanical,” Woodruff said. “Honestly the biggest difference tonight was just getting ahead and winning the 1-1 counts, the 1-0 counts for the most part. Got into a little trouble there in the (sixth).