MLB Betting News
It wasn’t in the script for both the Texas Rangers and Toronto Blue Jays to go all the way to Game 5 in order to decide who will progress to the American League Championship Series. But if you ask both teams if they’d rather be out in the cold like the NLDS-eliminated St. Louis Cardinals (and the other 26 teams talking about if-wishes-were-horses), or have a chance of deciding their fate in today’s ALDS Game 5 matchup, they’d easily the latter option in a heartbeat. So who are we not to ride along and accept another night of torturous beauty in the MLB odds? After all, the more games in the MLB playoffs, the merrier, right? Yeah, I thought so too, so let’s get down to business and find out where the smart value is in today’s baseball betting lines.Starting Pitchers: Cole Hamels vs. Marcus StromanSeries Standing: Series Tied at 2-2Venue: Rogers Centre, Toronto, OntarioDate: Wednesday, October 14, 2015Time: 4:07 PM ETTV: FS1MLB Lines: Texas (+160), Toronto (-175), OVER/UNDER 8

Staring at the grim reality that his team’s MLB National Championship ambitions could be coming to an end if he didn’t do something drastic, Blue Jays manager John Gibbons used his best weapons in R.A. Dickey and David Price to give his team a winning chance in Game 4 at Texas. And the two star pitchers, both Tennesseans and both 2012 Cy Young Award winners, didn’t disappoint, as Dickey generated a six-run lead before leaving the field in the fifth to be replaced by Price, who carried the team to the 8-4 win that tied their series 2-2. 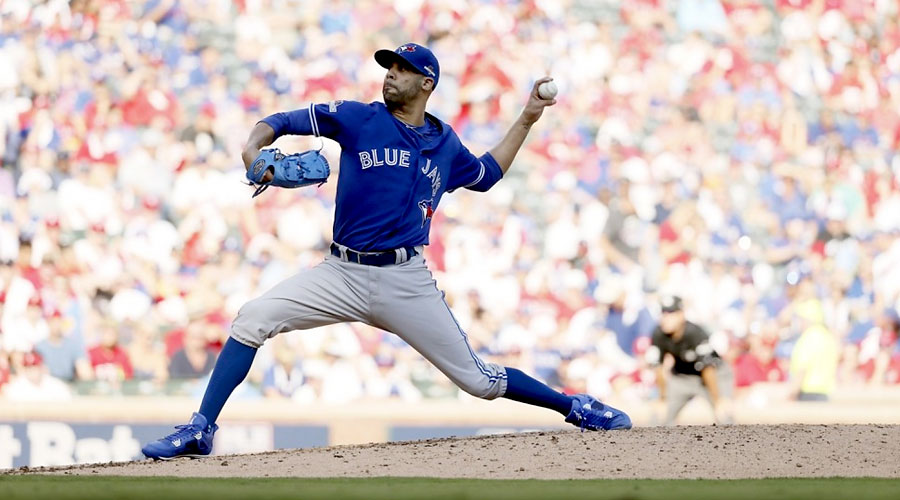 Dickey, though he didn’t admit it, would have understandably loved to stay longer in the field, as he had thrown 78 pitches, allowed five hits and a run with no walks, and was close to get the win decision to his name. On the other hand, Price, the star who’d been acquired from Detroit in July and played amazingly in August and September to the divisional title, would have loved to start Game 5 with the series on the line. But all that didn’t happen, and as a result, right-hander Marcus Stroman will be the man to go to the hill as a starter this Wednesday.This will just be Stroman’s sixth major league start of the year, and second in the postseason, as he had to miss many games on the year due to a torn anterior cruciate ligament injury he suffered in spring training. The fact that Stroman has been playing relatively better baseball than Price is probably a big reason he was preferred over Price to start Game 5. Explicably, Price’s line in the Game 1 loss to Texas was — five runs, including two homers, in seven innings, while in the Game 2 loss to Texas, Stroman’s line was — seven innings, five hits, five strikeouts, three earned runs and two walks. 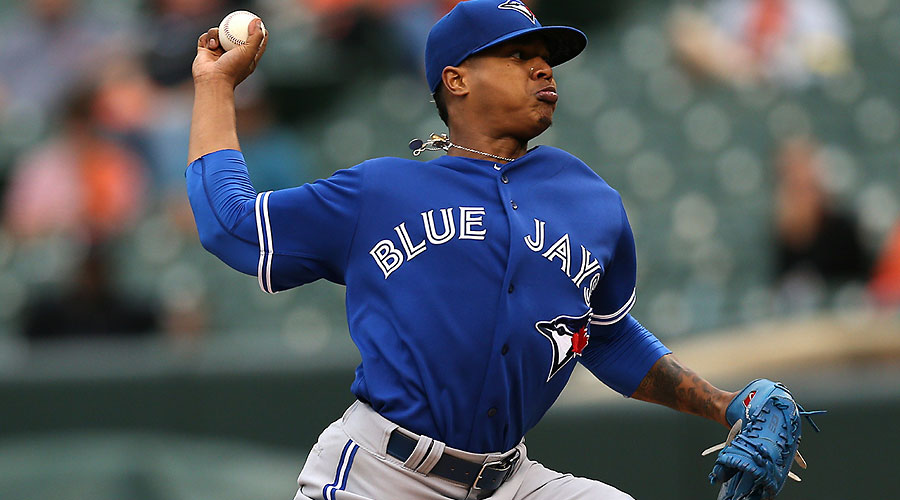 Not to mention, Stroman decently had 18 strikeouts and an ERA of 1.67 in the four games he started in September after his recovery from his injury, something that will motivate him for a good game today. Given that Price’s availability on the bullpen on Wednesday is highly a doubt, it is safe to say that the Blue Jays pitching will have to depend on Stroman. As a note, though, Stroman is not the most reliable of pitchers for such a high-caliber game, so he’ll need a lot of help from the offense.On the opposite mound, the Rangers will be looking to play the same kind of baseball that saw them sweep the Blue Jays in Game 1 and 2, both in Toronto. And unlike the questionable Toronto pitching staff for Game 5, the Rangers have their pitching right where they want it. 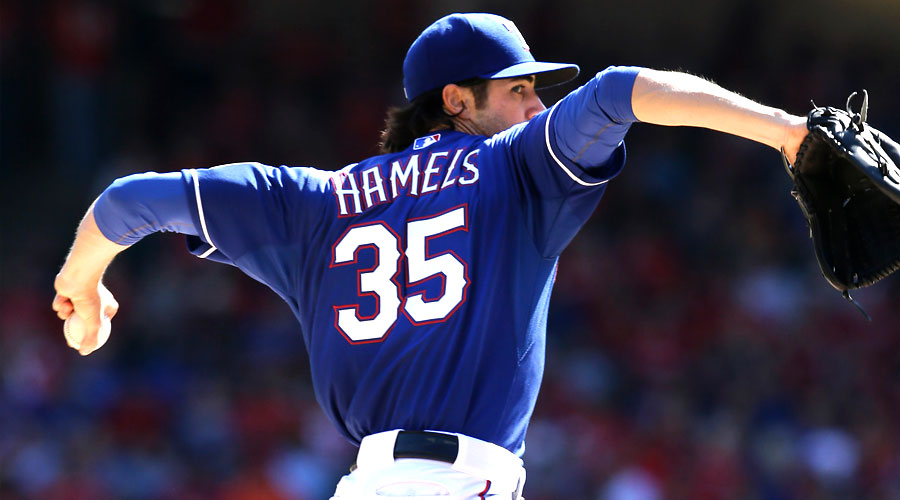 Former World Series MVP Cole Hamels, Texas’ key trade-deadline acquisition, will be the starter this Wednesday, with Game 1 starter and winner Yovani Gallardo available in the bullpen to back him up if he gets into trouble.Considering the Rangers have won all the last 11 games in Hamels has started, during which the veteran lefty has posted a 7-0 record and a solid ERA of 3.16, you can understand why there’s a lot of hope that the Rangers can hack their way to a win. After all, Hamels’ playoff résumé is just as decent at 7-4 with a 3.05 ERA in 14 career postseason starts, so he should be able to handle the task at hand, along with Gallardo’s support.Offensively, this will be a battle between Texas’ No. 3 batting order that is scoring 4.62 runs per outing and Toronto’s No. 1-rated line, averaging 5.49 runs per nine innings. Obviously, the advantage here goes to Toronto, which if added to their home advantage, gives the Blue Jays some solid edge. Still, after Clayton Kershaw and the Dodgers neutralized the home-playing New York Mets offense yesterday after the Mets had scored a whopping 13 runs on Monday, I would be real cautious about reading too much into Toronto’s offense and home advantage in tonight’s game. 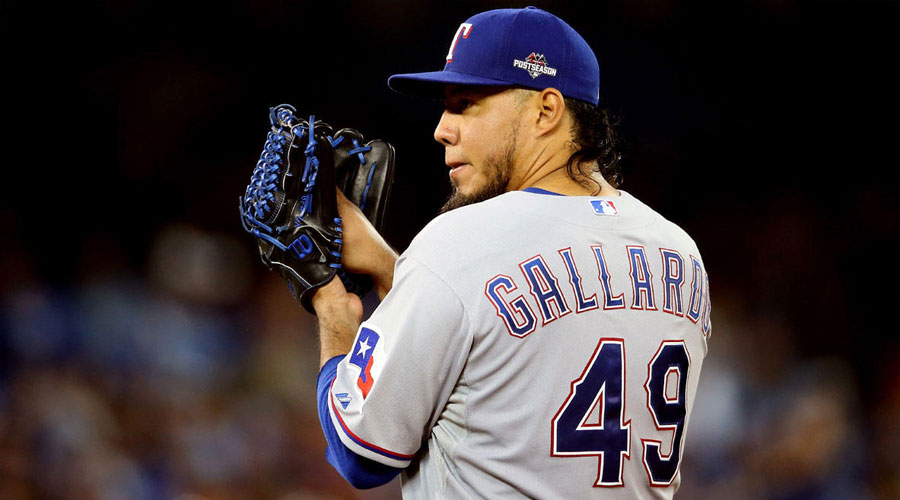 Honestly speaking, the manner in which Toronto has recently dominated its meetings against the Rangers points greatly to a win by the home team, so I wouldn’t be surprised if Toronto somehow manages to secure another win here. Even so, my prediction is that Texas will use its superior pitching staff, led by the imperious Hamels, to eke out a hard-earned win. A fierce offensive showcase looks likely from both teams, so the total should be able to sneak just above the 8-score mark for an OVER. Simply put, take Texas (+160) for the SU and a cover of the spread, along with an OVER total.
Older post
Newer post