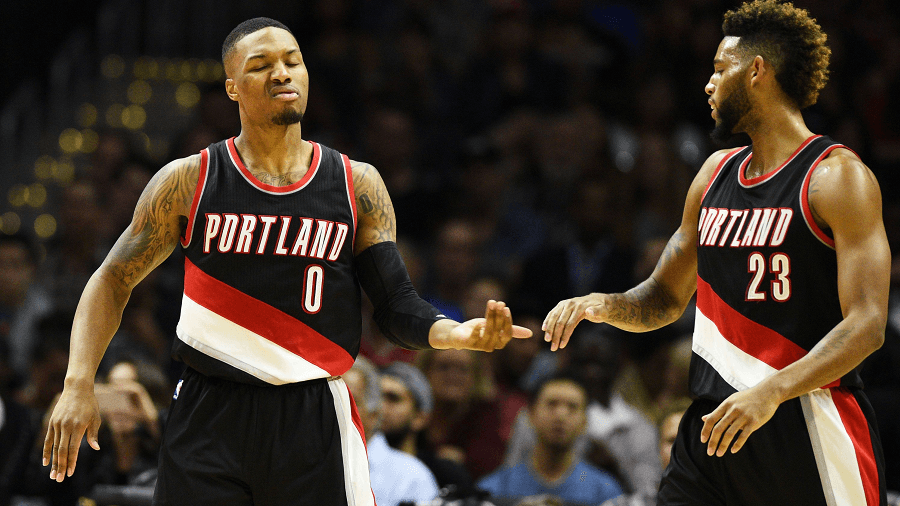 NBA News and Rumors
The Boston Celtics will continue their road trip on Thursday, at the Portland Trailblazers. Both the Celtics and the Trail Blazers have not played since Monday. The Celtics were blown out on the road at the Clippers on Monday, while Portland came away with a valuable NBA lines home win over the Sacramento Kings. Boston is 5th in the Eastern Conference, with a 43-31 record. The Celtics are trailing Miami by just ½ game for the fourth seed. For Portland, they are 39-36, and 6th in the Western Conference. The Trail Blazers lead the pack of Utah, Houston and Dallas.

How To Bet on Boston vs. Portland NBA Odds, TV and Game Info

Why Bet on the Trail Blazers

Portland has won their last two games, to kind of settle into their spot in the postseason. Portland will likely face the Oklahoma City Thunder or San Antonio Spurs to start the season. The Trail Blazers will need all of the 25.4 points per game from their point guard Damian Lillard to beat either of those teams. Portland as a team is scoring 104.5 points per game, which is 7th in the NBA. The Trail Blazers are not going to reach 50+ wins for the third straight season, but will be in the postseason for the third year in a row.

Why Bet on the Celtics

Boston, led by head coach Brad Stevens has been one of the biggest surprises in a positive way in all of the NBA this season. The Celtics are looking to get back to .500 on the season, as they come in at 18-19. Boston won the opener of their road trip in Phoenix, and will play at Golden State, and at Los Angeles against the Lakers before they come home. Isaiah Thomas has been great for the Celtics. The point guard is scoring 22.3 points per game, for a team that is averaging more than 105 per game. Boston has already surpassed their 40 wins of a season ago.

The Boston Celtics want to find a win on this road trip, but will have a tough time against the solid guard duo for Portland. Portland is a much better basketball team when they are playing at home, as opposed to being on the road. The Celtics will not find enough offense to win this game in Portland. The bet to make for this game is the Portland Trail Blazers to beat the Boston Celtics by double digits. Look for Boston to run out of energy in the fourth quarter. Take the Portland Trail Blazers -7.5 over the Boston Celtics.The final score prediction is: Portland 119 and Boston 102.
Older post
Newer post