NBA News and Rumors
Who doesn’t love a rivalry game? It doesn’t matter what the sport is, rivalry games always end up having an intensity that cannot be matched in other games, and are frequently the match-ups that bettors flock to. We have a good one on tap on Friday night, as the Brooklyn Nets and New York Knicks hook up in the battle of the Big Apple at MSG.

The Knicks (9-10) were doing a very nice job of getting back to a decent level of respectability, before a 4-game losing skid brought them crashing back to earth. To make matters worse, the losses were mostly of the blowout variety, and an OT loss to a struggling Houston Rockets team really has to have left a mark. The Knicks did pull out of that slum with a win over the 76ers, which isn’t really a big claim to fame at the moment. Mr. Porzingis is continuing to make his mark on the NBA this season, and has essentially turned into a rebounding machine. He put together a double-double – 17 points and 10 rebounds – in the win against the 76ers, and really is a dominant, imposing man on the court. This will be the first meeting of the season between these two, and the Knicks will be looking to snap another losing streak, as they lost all 4 games in the series to the Nets last season. 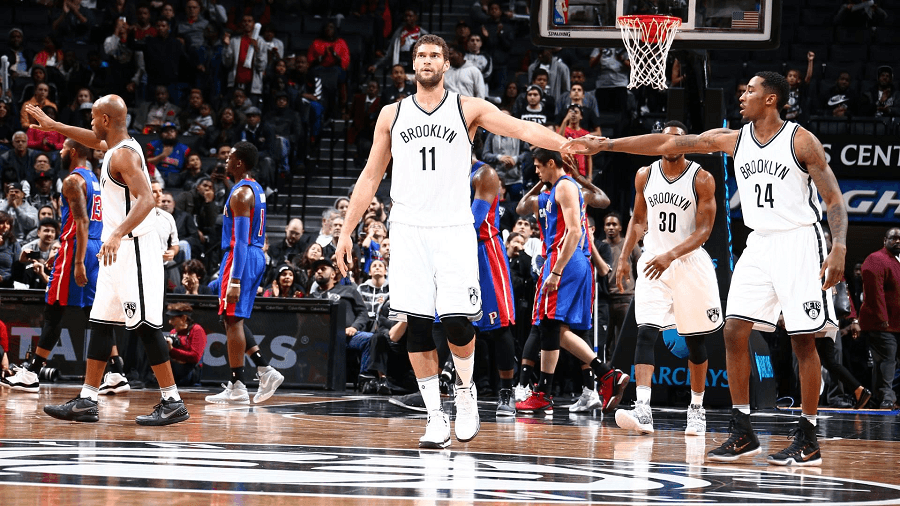 The Brooklyn Nets (5-13) saw their season get off to a terrible start, as they only managed a single win in their first 10 games. Since then, they have started to play much better ball, and are perhaps a little unfortunate not to be better than the 5-4 record that they have posted since that disastrous opening. The Nets are coming into this game in a modest 2-game winning streak, and you have to say that it has been their defensive play that has helped them start adding some numbers in the win column. They were able to hold the Pistons and the Suns to 83 and 91 points, respectively in those two wins, which is a vast improvement on the 101.9 PPG they have been allowing to this point in the season. There is still some work to be done on the offensive side of the court, though, as their 95.7 PPG average is not going to be enough to get the win on most nights.

As mentioned earlier, it was the Nets who dominated the regular season series last year, but this looks like a very different Knicks team this time around. I like the Knicks to come away with a tight win, and it may also be worth looking at the UNDER, as that has hit in 13 of their last 16 meetings.
Older post
Newer post