NBA News and Rumors
There were certain teams that were expected to underwhelm this NBA betting season, but the start that the Philadelphia 76ers are having is way worse than anyone imagined. Not far behind them right now are the Houston Rockets, who have already made a coaching change due to their awful start. These two teams will hook up in Houston on Friday, with both looking to pick up some of the pieces.

Tough ending in Boston. We’re back at it on Friday in Houston. pic.twitter.com/pdpSXwPL14

It is hard to put into words just how dismal the start to the season has been for the 76ers. If there is any positives to be taken from their awful opening, it has to be that they have at least been somewhat competitive over their past 3 games. Yes, they were all losses, but losing by 4-5 points in each has to be viewed as an improvement over what they had delivered prior to that point. Another bright point for the 76ers has been the play of rookie Jahlil Okafor, who is averaging over 18 PPG on an offense that is averaging less than 90 PPG through the first 16 games. The rest of their numbers are not quite as impressive, especially defensively, where Philadelphia are giving up 102.7 PPG. This upcoming game against Houston has to be viewed as a real opportunity to get their first win against another team that is in total turmoil. 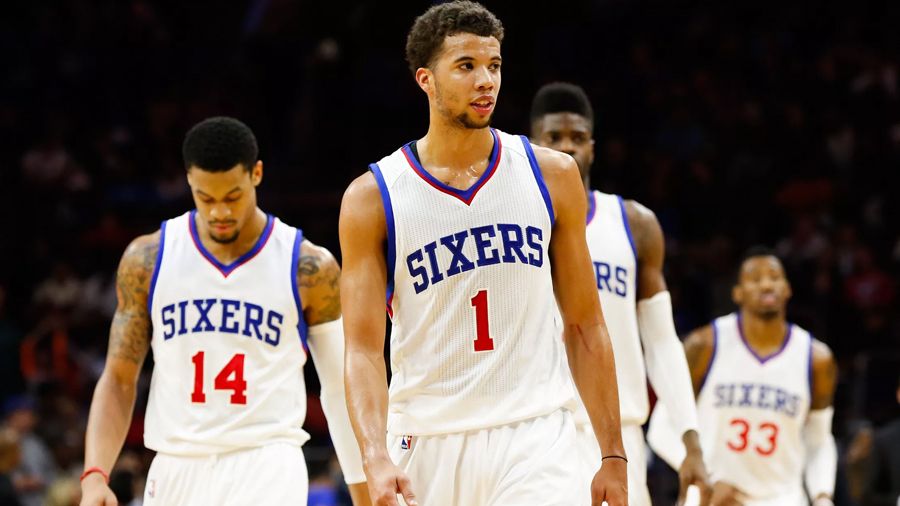 Betting on the The Houston Rockets (5-10)

The Rockets are an incredibly talented team who are somehow underperforming horribly this season. Their slow start cost coach Kevin McHale his job, but his dismissal has not led to an instant reversal of fortune. J.B. Bicerstaff will have the reins for the remainder of the season, but he is having problems getting things turned around, as the Rockets have gone just 1-3 with the interim coach leading the way. The Rockets come into this one having lost 7 of their last 8 games, with James Harden looking like the only player on this team with the ability to get things turned around. That included a 40-point performance in a losing effort to the Memphis Grizzlies on Wednesday night. This team still has the ability to recover, but it really is beginning to look like a lost cause at this point.

The 76ers have been the perfect remedy for a number of struggling teams this season, and the Rockets will be hoping it works out that way for them. Houston won both meetings against Philly last season, and I like them to win this one, too, although I don’t expect it to be by a very large margin.
Older post
Newer post