NBA News and Rumors
During the first five games of the 2015-16 season, Dwyane Wade led the Heat from start to finish as NBA odds fans might recall. However, after that, he decided to let a committee approach dictate the fortunes of the team. The Heat began to struggle, though, and so Wade had a conversation with the rest of his team last Thursday during the shoot around, telling them that he would be taking charge of that night’s game against the Sacramento Kings.

That night, he jacked up 23 shots, a team high, leading the Heat with 24 points, five boards and six helpers in 31 minutes. He had come out of the team’s loss to Minnesota frustrated that he didn’t get to shoot any free throws. Early against the Kings, he picked up a technical because he felt that he had been hacked on the way to the basket but didn’t get a call. That night he would make four of six free throws during the game; he would also applaud a foul call that sent him to the stripe with the utmost in sarcasm.While some of this drama contributes to Wade’s reputation as a flopper who tends to whine his way to the line, when he is acting defiantly like this, he is at his most productive. The Heat rely on his attitude night after night. Even though the Kings did not have DeMarcus Cousins (suspension) or Rudy Gay down the stretch (shoulder injury), this would have been a competitive game if Wade had not taken over.There are nights when Wade is a liability. In the Minnesota loss, Wade went just five for 13, completing a four-game stretch when he had only averaged 10.7 points per game, shooting 32.7 percent from the field. He was complaining about the lack of opportunities that he had been getting, but the fact that he was missing so many shots opened up some questions about his physical condition. He denied that he had any health issues, responding that he had sat out a lot of fourth quarters when the team was ahead by double digits. 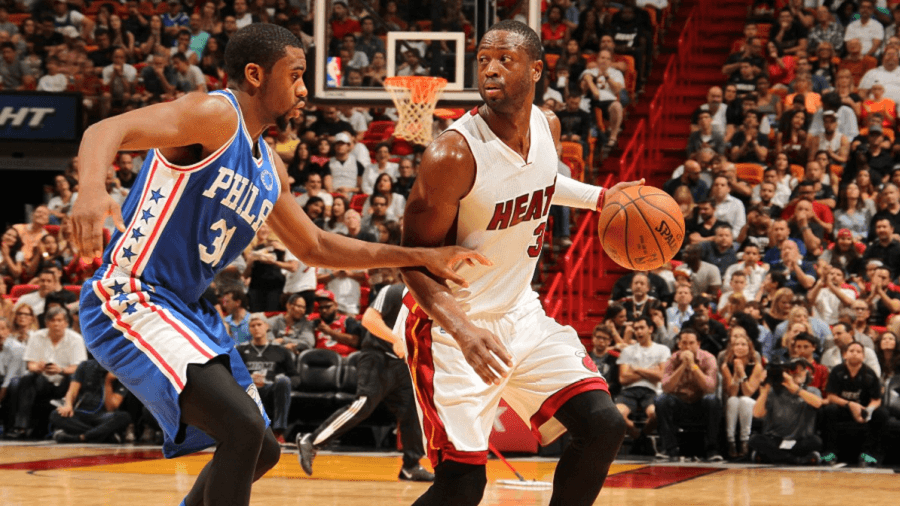 Wade told ESPN.com, “Watching film, I felt like I was getting great opportunities [but] I just felt I needed to get aggressive offensively. Sometimes, I get into the mode of too much playmaking and maybe my shot became secondary. So I just decided to flip it.”Chris Bosh joked that Wade should have to get 10 assists when he decides he’s going to take 20 shots. However, he went on to tell ESPN.com, “He needs to get into a rhythm, so he was attacking and we liked every shot that he shot. To get him involved again like that and to get him into a rhythm is very crucial for this team.”The Heat have a good deal of talent and the potential to contend, particularly in the East, but for now, they are waiting to find some consistency. Hopefully Wade’s change will contribute to that.
Older post
Newer post