NBA News and Rumors
Every team wants to end the New Year on a high, but for some, that just isn’t possible. The Phoenix Suns and Sacramento Kings have seen their 2015 come to disastrous ends, and now the hope is that they can get on an upward trend in 2016. These two will hook up at the Sleep Train Arena in Sacramento on Saturday, January 2 at 5 PM EST on NBATV. You may click here for NBA betting lines.

How to Bet Phoenix Suns vs Sacramento Kings NBA Lines

Injury Update: Rudy Gay (sore Achilles) did not practice today and is listed as day-to-day.

With both of these teams on a major slide at the moment, choosing a winner is not going to be an easy feat. A little bit of desperation is sure to be added into the equation here, as both teams will be trying to salvage a season that is sinking fast. You can view the national TV schedule here.

Not only are the Suns (12-22) sinking like a stone right now, they look like a team in total turmoil. If reports are to be believed, coach Jeff Hornacek has lost the locker room and is operating on borrowed time. The Suns have now lost 6 straight, and will likely extend that to 7 when they face Oklahoma City before moving on to Sacramento. They are 2-8 in their last 10 games, and have only managed to pick up 4 wins on the road this season. The Suns are 14-20-0 ATS and 16-17-1 O/U so far this season. They are averaging 102.7 PPG, and are giving up 105.4 PPG. 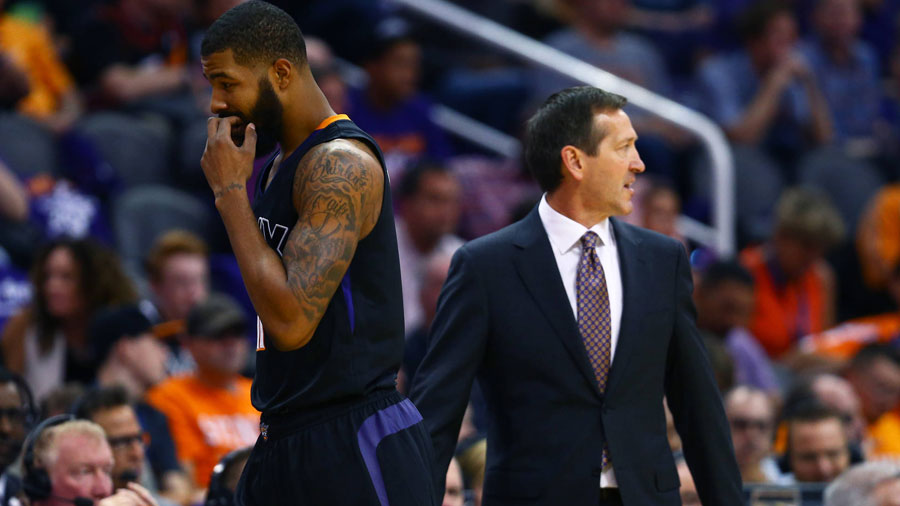 Why bet on the Sacramento Kings

The Kings (12-20) are also on the slide right now, and have lost 3-straight games, including a defeat at the hands of the awful Philadelphia 76ers in their last game. That loss was a surprise for a number of reasons, but mostly because the Kings had been playing .500 ball on home court prior to that match-up. As shocking as that defeat was, the Kings are still a much better team on home court than they are away from it, and they even managed a 3-game home win streak earlier in December. The Kings are 14-18-0 ATS and 13-18-1 O/U so far this season. They are averaging 104.2 PPG, and are giving up 107.3 PPG.

This is a game that could well come down to who has the ball last, as I expect this to be a close one. The Kings will be looking for a better home court effort after that loss to the 76ers, and I believe that could end up being the difference.Phoenix Suns 104 Sacramento Kings 105
Older post
Newer post