NFL News and Rumors
The No. 2 seeded Arizona Cardinals looked unstoppable for much of the regular season, until their nine-game winning streak came to an end in humiliating fashion at home against the Seattle Seahawks. After getting blown out 36-6 at Arizona by Seattle, Cardinals head coach Bruce Arians admitted that his team “got beaten in every phase of the game.” Arizona starting quarterback was however quick to say that “We’re not in any way panicking or freaking out.”Whether or not the Cardinals will bounce back in the NFL odds with a strong performance in the NFC playoffs is something that remains to be seen. What is for certain is that the Cardinals need to regroup quickly and prepare for the divisional round, which will be commencing in two weeks’ time. Obviously, one bad loss cannot take away the fact the Cardinals (13-3) had a superb season, but if Bruce Arians and his boys are to make good value of their 3/1 Super Bowl 50 odds, they’ll need to clean up their act and prepare for the big dogs potentially standing in their way, including the Vikings, Packers, Panthers and of course the Seahawks.

Why Bet on the Cardinals to Win Super Bowl 50

Thanks to an MVP-caliber performance from Carson Palmer and a revitalized Arizona defense, the Cardinals have arguably been the best team in the NFL this season, finishing its regular season campaign with 30.6 PPG scoring and allowing just 19.6 points per game—numbers that are only bested by the immaculate Panthers that averaged 31.2 PPG scoring while allowing 19.2 PPG. In essence, that’s why the Cards finished the season with franchise bests in total wins, total scoring output and point differential.And above everything else, they enter this postseason with the healthiest team, making them prime favorites of going all the way to the finals to challenge for the Super Bowl 50 title. With David Johnson continuing to have a big year in the offensive backfield in the absence of Chris Johnson, Arizona’s defense finding ways to manage without injured star free safety Tyrann Mathieu, and Palmer (who posted a career-high 35 touchdowns to go along with 4,671 passing yards) taking advantage of his stellar receiving corps, there’s no reason why the Cards should fail to pay bettors as the early front-runner in the playoffs.

Challenges for the Cards in their Quest for Super Bowl 50

After Seattle star rookie Tyler Lockett torched the Cards for four punts and returned them for 139 yards, which is interestingly more punt return yardage than the Chargers posted all season (84); you have to wonder how Arizona will cope with strong punting units in the course of the playoffs. This could especially be a big concern if they meet the Seahawks once again and get exposed on personnel match-up across the park. Other than that, cornerback Justin Bethel has performed quite well in his fill-in job for Mathieu, though he somewhat struggled against Seattle, something he’ll need to work on ahead of their first playoff game. 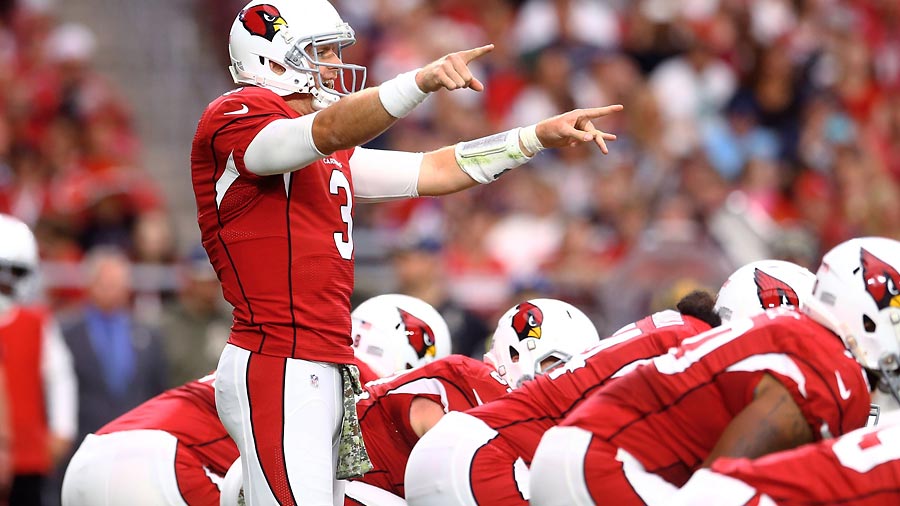 Besides the above-mentioned challenges, the Cardinals boast of being the most total and balanced teams in the playoffs right now, making them a great team to consider in your early Super Bowl 50 picks when their price is still affordable. The fact that perennial Super Bowl contenders like Denver, New England and Green Bay limped into the postseason with several injuries further makes things look brighter for the healthier Cards. Most of all and more notably, the Cards have already played (and beaten) solid playoff contenders like Seattle (on the road) and Green Bay, underlining their ability to measure up to the big dogs, unlike the Panthers that had a fairly easy schedule and were barely tested in the course of the regular season. All that remains for the Cards is for them to figure out a way of ironing out their few weaknesses. But then again, none of the teams in the playoffs is faultless, and going by how Arizona has played so far, it wouldn’t be a stretch to say that the 2016 Super Bowl is Arizona’s to lose.
Older post
Newer post