NFL News and Rumors
If you’re looking to cash in on this weekend’s AFC divisional matchups and you like betting on the favorite more often than not, then you should know that one AFC favorite looks like far attractive than its favored conference counterparts. Thanks to this expert betting breakdown, you’re going to find out which fave is most likely to bring home the bacon against their NFL odds.

When: 4:40 PM ET, Sunday, January 17, 2016Where: Sports Authority Field at Mile High, Denver, ColoradoNFL Odds: Denver -6.5Over/Under: 41Analysis: The Denver Broncos may have struggled offensively all season long in ranking 16th in total offense, 14th in passing, 17th in rushing and a mediocre 19th in scoring (22.2 ppg), but I believe the Broncos’ defense is too good to lose to a Pittsburgh Steelers team that will limp into this matchup with some serious health issues.Sure, the Steelers managed to beat the perpetually underachieving Cincinnati Bengals in their AFC wildcard matchup last weekend, but the Steelers are going to find out on Sunday that the Broncos aren’t nearly as insane as the Bengals, en route to what I believe will be a convincing loss.

Veteran quarterback Ben Roethlisberger is trying to bounce back after injuring his shoulder last weekend while Pro Bowl wideout Antonio Brown could potentially miss this game altogether as he deals with the NFL concussion protocol following Vontaze Burfict’s vicious cheap-shot to his head. Yes, it’s true that Pittsburgh has an explosive offense that ranked fourth in scoring (26.4 ppg) and it’s also true that the Steelers are playing their best defense of the season right now.Still, Denver is well-rested and nearly at full strength after getting a bye last weekend, not to mention the fact that they’re playing at home. Future Hall of Fame signal-caller Peyton Manning will be back under center for the Broncos after missing over a month because of injury – and backup Brock Osweiler’s solid play.I realize that Denver has compiled a bunch of dismal ATS trends like their uninspiring 1-4 ATS mark in their last five home playoff games and 0-4 ATS mark in their L/4 divisional playoffs games, but he Broncos are also 8-3 ATS in their last 11 games following an ATS loss and a near-perfect 5-1 ATS in their last six meetings against Pittsburgh.Earlier this week, 51 percent of the betting public liked the Steelers to at least cover the spread, but now, that number has swung to 51 percent in the direction of the Broncos. For me, I say Denver wins and narrowly cashes in, despite the fact that Peyton Manning has never won a playoff game played outdoors in which the game-time kickoff temperature was 40 degrees or colder!

When: 4:35 PM ET, Saturday, January 16, 2016Where: Gillette Stadium, Foxborough, MassachusettsNFL Odds: New England -5Over/Under: 43When it comes to the New England Patriots, I just don’t like the defending Super Bowl champions as a favorite over the incendiary Kansas City Chiefs and apparently, 60 percent of the betting public agrees!The Patriots lost their final two regular season games – and a stunning four of their final six games overall. The worst part of the Pats struggles is the fact that they lost to pitiful teams in Philadelphia and Miami along the way and that simply does not bode well for them coming into this contest in my opinion. 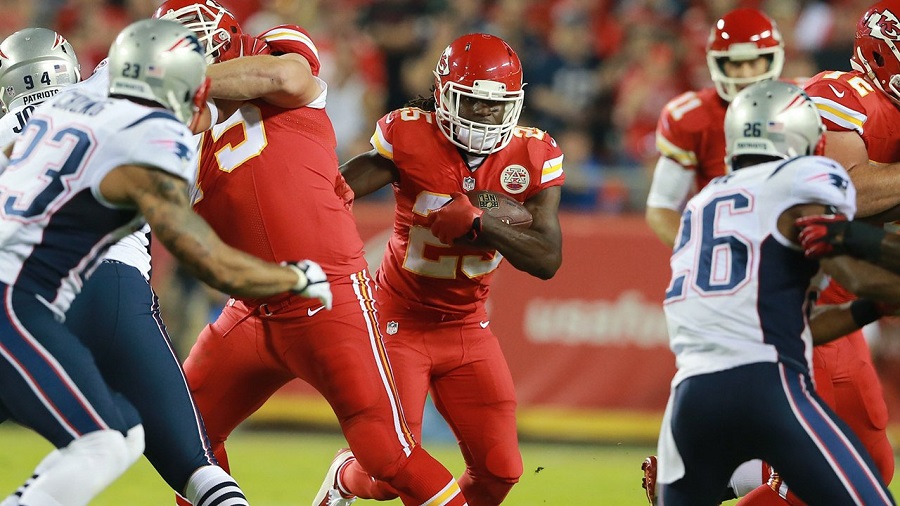 I know Tom Brady will have Julian Edelman back and a healthier Rob Gronkowski, but I don’t believe that will be enough to help them get past a Chiefs defense that finished the regular season ranked in the top 10 across the board defensively, including points allowed (17.9 ppg, third).The Chiefs are 9-3 ATS in their last dozen games after allowing less than 15 points in their previous game and 7-3 ATS in their last 10 games against their AFC counterparts while the Patriots have gone 2-5-1 ATS in their last eight games and just 4-9 ATS in their last 13 playoff home games. Right now, I say the Kansas City Chiefs are the better team on both sides of the ball and they’ll stop the New England Patriots from cashing in as a favorite in this contest.
Older post
Newer post