NFL News and Rumors
Every passing week since the 2015-16 National League Football season started, the NFL betting lines constantly remind us of just how unpredictable and volatile the world of online betting can be with teams interchangeably rising and falling in epic fashion. That was surely the case In NFL Week 6, as the Denver Broncos needed overtime to survive an upset scare from the Cleveland Browns and maintain their unbeaten record. The Cincinnati Bengals, Green Bay Packers, Carolina Panthers and New England were all tested, but also managed to remain undefeated.However, it was not all perfect for the teams that entered the week unbeaten, as the Atlanta Falcons were defeated by the struggling Saints, consequently reducing the total number of unbeaten teams to just five. There was pretty much a lot of up-and-down movement across the league, with various divisions witnessing changes while the quartet of Dallas, Oakland, St. Louis and Tampa Bay enjoyed their respective byes.

NFL Power Rankings: The lurking contender outside the undefeated teams, by @YahooSchwab. https://t.co/ebPGf9IJXV

All said and done, here are top lessons from last week and the implications on the games slated for Week 7 and beyond.

Andrew Luck and the Colts are Surging

Yes, the Colts lost 34-27 to New England at home, but it would be dumb to refute that they played one of their best games of the season. In fact, if it wasn’t for that erratic fourth play towards the end of the game that admittedly resulted from a miscommunication between Indy Coach Chuck Pagano and his team, the Colts could have walked away with the win. 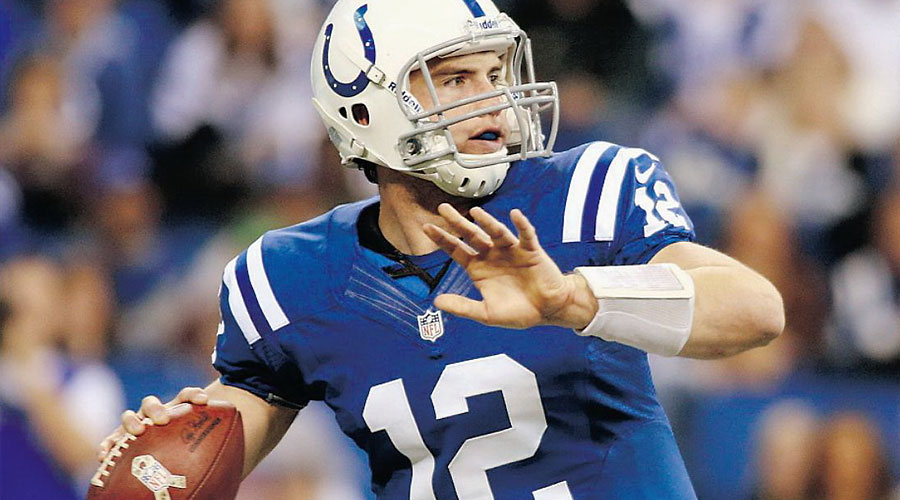 Even more Notably, QB Andrew Luck showed more poise under the center than he’s done all season, passing for the same yards and touchdowns like New England’s Tom Brady on Sunday game (312 yards and 3 TDs), but unlike Brady (27-of-37 passing) who was intercepted, Luck (30-of-50 passing) finished with zero picks. If the Indy’s defense can continue to improve, and Luck also maintains his efficiency, the Colts (3-3, No. 1 in AFC South) should be able to validate the preseason predictions about them winning the division and making a deep run in the playoffs for Super Bowl 50 odds.

The Giants are Their Own Enemies

If it weren’t for their dumb screw ups in issues like clock management, switch-offs at some points in the game and dumb turnovers, the Giants could have easily been 6-0 right now. Instead, they now find themselves tied with the Eagles at 3-3 in the top of the NFC East, thanks to their famous fourth-quarter mistakes in Week 1 and 2 that cost them two wins, followed by another erratic game against Philadelphia in Week 6. 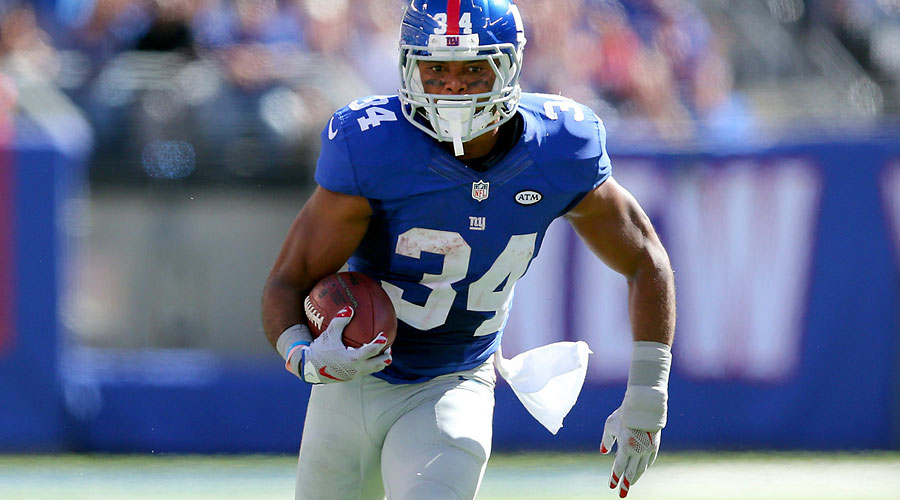 It’s hard to really predict what they’ll do when they host the Cowboys this weekend. The bottom line, at the moment, is that, as long Eli Manning and Odell Beckham Jr. are available; the Giants will always be dangerous, but until the New York Franchise can show some consistency, bettors can only make educative guesses prior to the games and hope to be vindicated.

Don’t be So High on the Patriots…Just Yet!

Okay, I know that the Pats are the defending Super Bowl Champs and their unbeaten run so far is sort-of deserved. But then again, the Patriots (5-0) haven’t been lighting it up as you’d expect from a solid Super Bowl contender. Last week, they managed to beat the Colts because Pagano and his team made this worst play. Of the remaining four wins, the victories against the Jaguars and Cowboys are the ones that came with big margins. Jacksonville, as you know, has been a poor team, so it wasn’t that much a surprise that they got torched. Dallas, well, there was no Tony Romo and Dallas Cowboys, so no need to make a big deal of the win. The other two wins came by seven and eight against the Steelers and Bills, which could have probably been different if Buffalo had a strong start and Big Ben had all his hottest weapons available in the offense. 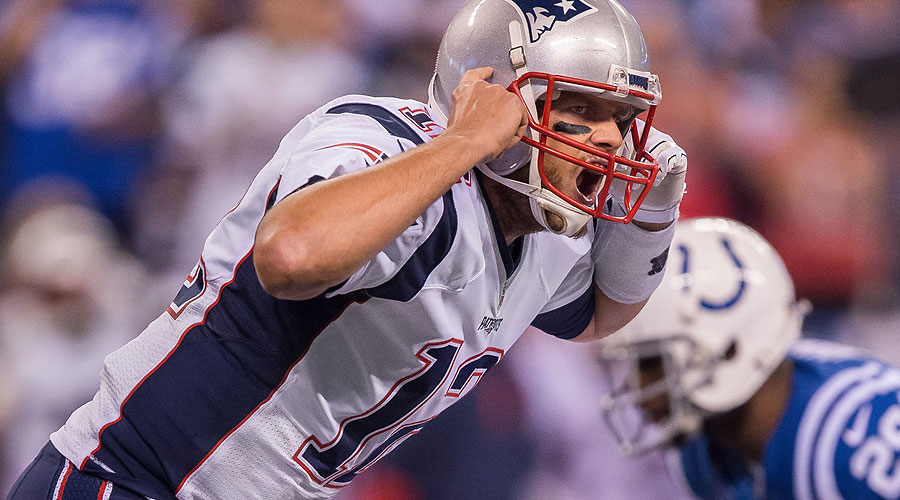 Now, don’t get me wrong. I actually supported the Pats in the Super Bowl last year, and I’ve been the No. 1 preacher of Tom Brady’s accomplishments this season, but I’d be lying to you if I said that the Pats are that good to warrant dreaming of another run like in 2007 for them. Playing against the Jets this week should be able to validate what I mean…

Entering Week 7, the AFC and NFC are looking rather jumbled up in regards to the playoffs, but on deeper analysis, it’s pretty easy to figure it all out.In the AFC, the Bengals are currently the No. 1 seed, followed by Broncos at No. 2, the Patriots at No. 3 and the Colts at No. 4. The wild card teams at the moment are the Jets and the Steelers. Considering the pedigree of the above teams and how they’ve been playing this season, what are the chances that the AFC ends in that order when the regular season comes to a close? Pretty darn good, I’d say. At worst, there could be some few shifts here and there, but those 6 teams should be pretty much the same teams in this year’s playoffs. 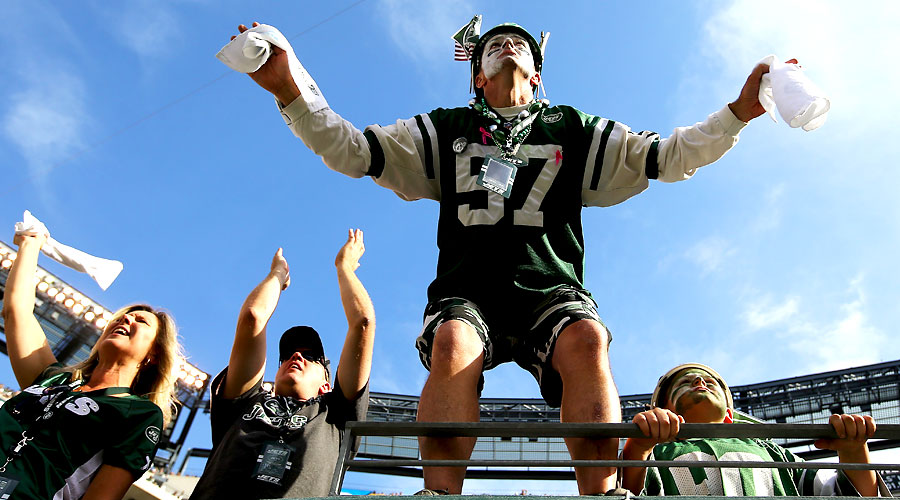 In the NFC, it’s a bit different since many of our preseason hot-shots have been out-of-sorts. Outside the Green Bay Packers (currently placed as the No. 1 seed), it’s hard to guarantee that how the rest of the picture will turn out. I am iffy on the Panthers for the same reasons I had reservations for the Pats, but I am ready to be proven wrong by this Carolina team that is 5-0 with a No. 2 placement in the current NFC playoff standings.The Cardinals at No. 3 got served real long by a shorthanded Pittsburgh Steelers team that was using its third quarterback, so that’s that… The Philadelphia Eagles at No. 4, well, you all know about Sam Bradford’s struggles and Chip Kelly’s back-firing experiments. As for your current wild cards in the Atlanta Falcons and the Minnesota Vikings, there’s certainly a lot of potential in both teams. But then again, both teams are too dependent on their stars in Matt Ryan and Julio Jones for Atlanta, and Adrian Peterson for Minnesota. And after seeing what has happened to the Cowboys without their stars (Romo and Bryant), I’d be wary of riding on these two teams, unless your crystal ball has it all figured that those stars won’t be injured.All that said, what are the chances that the NFC holds up like that up to the final week of the regular season? Not good. Not good at all, I’d say. So if you need a clearer picture in the NFC, maybe you should give it a couple more weeks for all the dogfights in the conference to help separate the real dawgs from the pretending puppies.
Older post
Newer post