NFL News and Rumors
With Week 8 of the 2015-16 NFL regular season already here, we have a set of enticing ATS NFL betting picks that are worthy of adding to your online sportsbetting tickets this weekend. Get all those free NFL picks here. 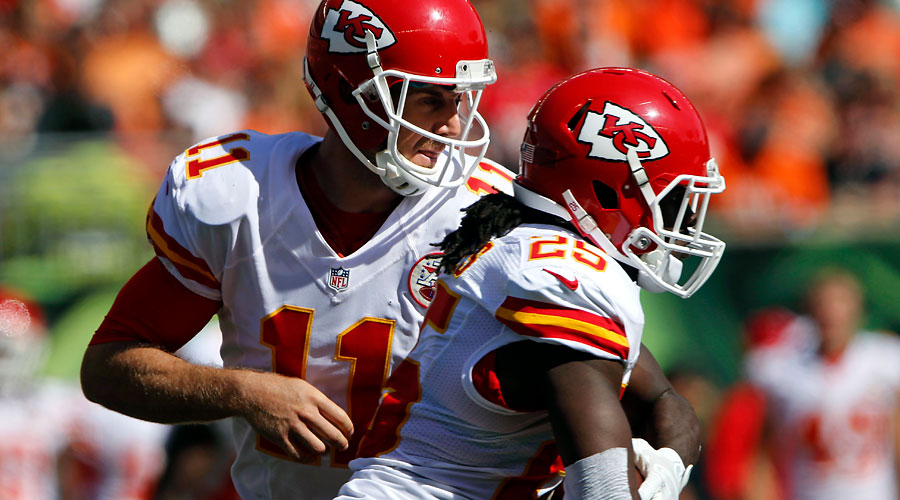 Outside the fact that the Chiefs have been playing some of their best football this season, the NFL betting trends indicate that Kansas City has owned the spread in this series, going 5-1 ATS in the last six meetings. Not to mention, the Chiefs are 13-5 ATS in their last 18 games in Week 8, while the Lions are just 0-8 in ATS in their last 8 games on Grass (Yes, the playing surface at Wembley Stadium is Grass). Added to the inconsistency of the likes of Ndamukong Suh and Mathew Stafford against a more reliable and surging unit (read that RB Jamaal Charles and QB Alex Smith) in Kansas City, the Chiefs should be good for your money in this game’s ATS lines. 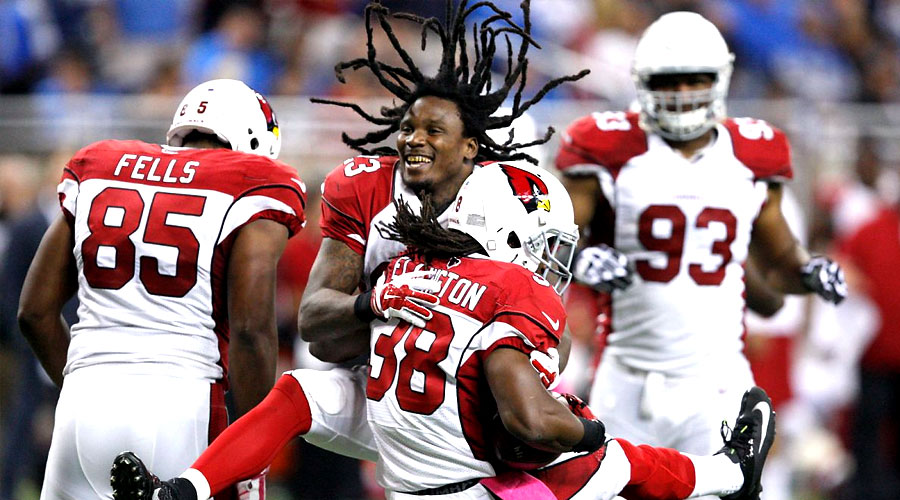 So, we all know that QB Josh McCown has been doing some good things for Cleveland’s offense and the Broncos had to rely on overtime to beat him and the Browns barely two weeks ago. Unfortunately, QB Carson Palmer—old as he may be—is not as washed up as Peyton Manning, so don’t waste your breath trying to hold out for a Cleveland win or cover here. If you know what’s best for you, and you really want to cash in here, ride on Arizona to get the victory, taking care of business by at least a touchdown. 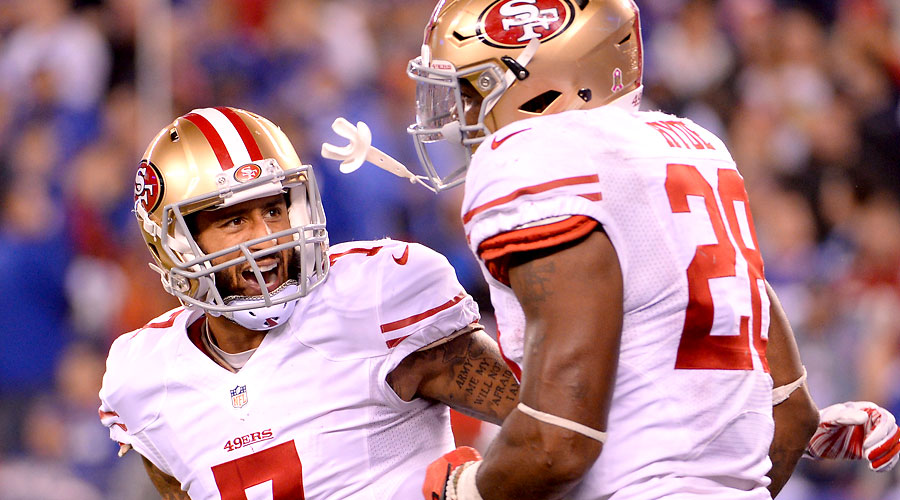 Okay, seriously guys, the 49ers are obviously going through a rough patch, but the Rams beating San Francisco by more than a touchdown? Are you freaking kidding me!?! In case you haven’t been paying attention, the Rams haven’t been lighting it up. Yes, rookie Todd Gurley is a beast (and is in my fantasy picks as we speak), and Yes, the Rams beat the Browns last week. But if you watched that Cleveland game closely, you should have noticed that Gurley only exploded in the fourth quarter when the game was pretty much done. Take away that returned fumble for a touchdown by Rams safety Rodney McCleod, you get a very tame scoring affair from the Rams. So sluggish were the Rams in that game that they even mocked it themselves in their Twitter page on Monday morning.And don’t even get me started about St. Louis’ O-line that can be a sieve and hasn’t picked up a pass blitz once in the team’s six games. Added to Nick Foles’ inability to cope with hits when pressured under the pocket, San Francisco’s decent pass-rushing unit will be having a field day this Sunday. And if QB Collin Kaepernick can ditch his headphones and tune in to getting back his game, the 49ers should be able to keep this game close, if not win it altogether. 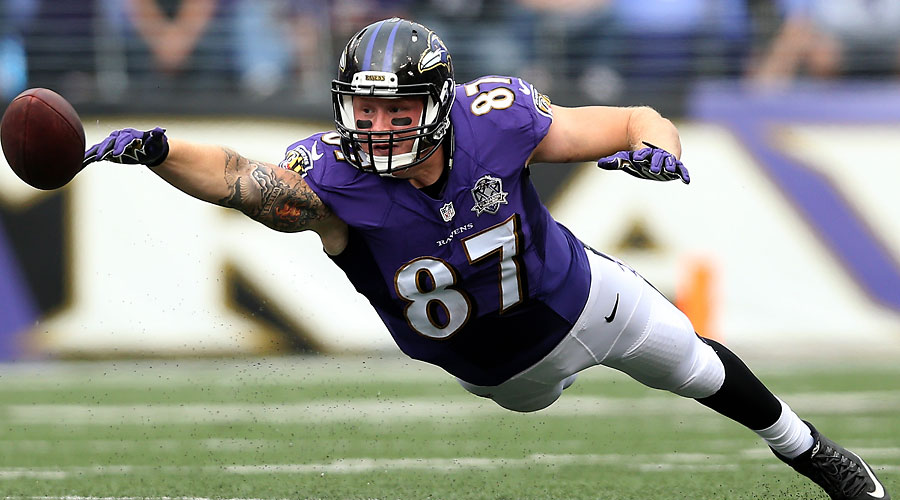 Going by the fact that the Chargers (2-5 SU and 2-5 ATS) have fared better in the win-loss category than the Ravens (1-6 SU and 1-5-1 ATS), it probably doesn’t makes sense that the Chargers are slight road dogs to Baltimore. However, on further analysis of the two teams’ performances, Pro-Football Reference placed the Ravens (–2.7 on the Simple Rating System through Week 7) above the Chargers at –5.2. DVOA numbers from Football Outsiders at the start of Week 7 also placed the Ravens favorably as follows:•    Baltimore, No. 13 overall: No. 16 offense, No. 18 defense, No. 4 special teams)•    San Diego No. 21 overall: No. 9 offense, No. 26 defense, No. 29 special teamsFrom where we are seated, it all looks like the NFL betting public (that has been pounding hard on San Diego to win and cover this game) is overvaluing the Chargers offense (mainly because of Philip Rivers’ good numbers) while undervaluing the Ravens’ defense and special teams; yet when you assess the numbers, the Ravens aren’t that bad compared to San Diego. Given the way the Ravens beat Pittsburgh in OT back in Week 4 and hanged with the Birds on MNF, the Ravens (who will be playing at home where Joe Flacco has had some of his best performances) look good enough to stop the Bolts from running away with this game, so both the SU and ATS should go to the Ravens. 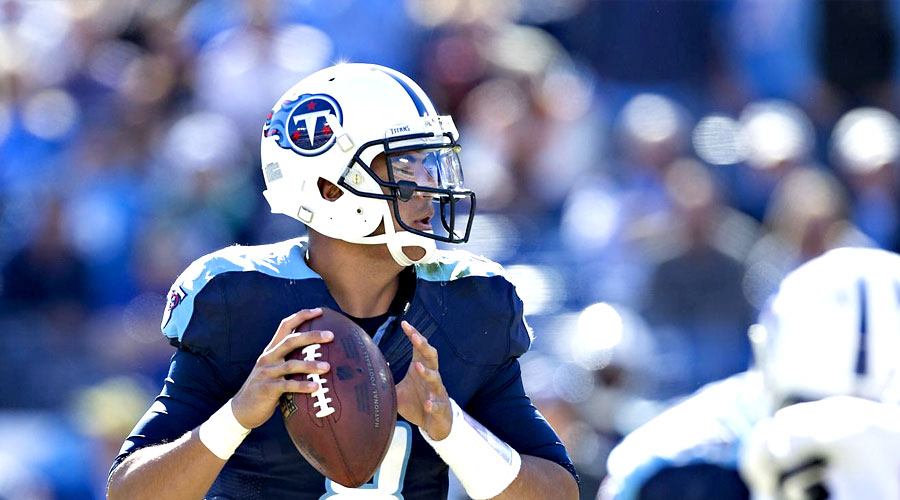 For the second week running, rookie QB Marcus Mariota will be sitting on the sidelines, meaning Zach Mettenberger will get another chance to lead the Titans under the center. The second year QB had a rough ride last week against the Falcons, so it’s hard to expect him to throw it that well against the Texans. Even so, it is worth noting that Tennessee’s improved defense, which ranks No. 9th in the nation (No. 6 pass, No. 30 rush), put the Clamps on the fiery Atlanta offense (ranked 7th in the nation), containing them to a 10-7 victory, which allowed Tennessee to cover the spread as 5.5-point dogs. Against Houston’s that ranks way down the list at No. 27 overall in the league (No. 27 offense, No. 29 defense), Dick LeBeau’s unit should be able to fare even better, at least on a statistical point of reasoning. Not to mention, the “best” quarterback in Houston’s fold, Ryan Mallett, was released by the team earlier this week, and the team’s No. 1 running back, Arian Foster, is out for the year after tearing his Achilles. All that considered, it wouldn’t be a surprise if the Titans play well enough to silence T.J. Yates and cover the spread once again as small underdogs. 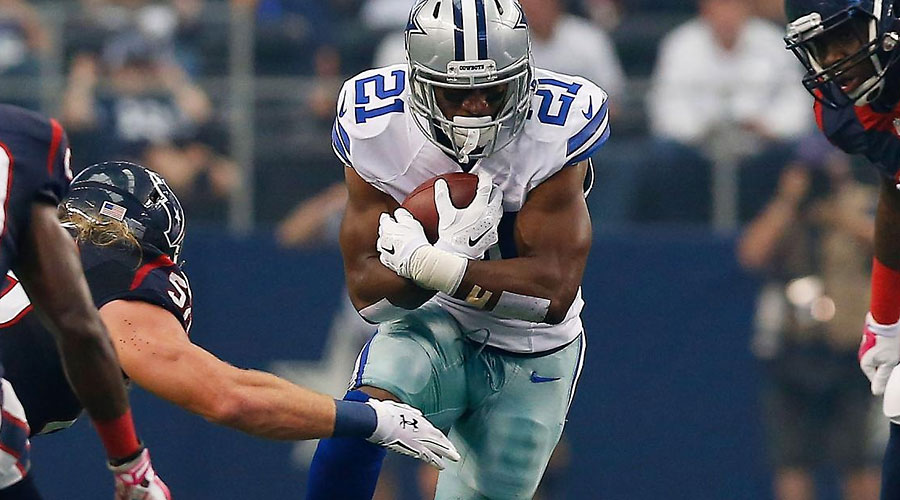 I would seriously love to talk about how Dallas’ RBs Darren McFadden (152 yards and a TD last week) and Marshawn Lynch (123 yards and a TD last week) have been performing, or how Seattle’s QB Russell Wilson finished last week with 18-of-24 passing for 235 yards including a passing TD and a pair of picks, with Matt Cassel also performing decently in his first start for the Cowboys last week, passing for one touchdown and 227 yards. But since all those numbers look too close and easily comparable, I’ll let these betting trends speak as to why I am riding on the Cowboys to cover the spread this week:•    The Seahawks are 0-6 ATS in their last six games in Week 8•    The Cowboys are 4-1 ATS in their last five games as an underdog of 3.5-10.0.•    The Seahawks are 0-4 ATS in their last four games after accumulating more than 150 rushing yards in their previous game.Considering all the above, and the fact that Seattle is 1-3 ATS on the road this season, I strongly feel that Cassel will be more prepared for his second start, having a performance that will be good enough to help the Cowboys cover the spread at home.

Here are the ATS picks for the other games slated for the weekend: