NFL News and Rumors
The explosive Arizona Cardinals are favored to beat the Denver Broncos in Super Bowl 50 if both teams win their respective conference championship clashes this coming weekend and for good reason. Of course, the Broncos won’t go quietly into the night, even if they are facing an extremely tall task in taking down the once-beaten Panthers. Thanks to this expert look tat the potential Super Bowl 50 Odds matchup between the two Super Bowl title contenders, you’re going to have a great idea of just what to expect if these two teams do meet in the final game of the season. With that said and both conference championship games quickly approaching, let’s get started.Super Bowl 50 Odds: Arizona -4

The respect between #Manning and #Brady is palpable https://t.co/JDGRRSKqyP pic.twitter.com/YjLKC4cClR

Why Bet Denver to Beat Arizona?

Because they’ve got a powerful defense – and Peyton Manning! I’ll get right to the point by saying that Denver’s fast and stingy defense could make life miserable for the immobile Carson Palmer if they meet in Super Bowl 50. The Broncos ranked first in total defense (283.1 ypg), first against the pass (199.6 ypg), third against the run (83.6 ypg) and fourth in points allowed (18.5 ppg).Denver has two Pro Bowl linebackers that can both, rush the passer with the best in the business in Von Miller and DeMarcus Ware. Additionally, the Broncos have a pair of shutdown cornerbacks in Chris Harris Jr. and Aqib Talib that can man their islands on their very own, thereby freeing up Miller and others to get after Palmer.The bad news for the Broncos is that they’re far from explosive when it comes to scoring points. Denver has gone from a team that ranked second in scoring in 2014 (30.1 ppg) and first in scoring in 2013 (37.9 ppg) to one that scored 30 or more points just twice this season. The Broncos ranked just 14th in passing this season while Manning made just nine starts because of injuries.

Why Bet Arizona to Beat Denver?

Because they’re the better team in two phases! The Arizona Cardinals have a defense that is completely comparable to Denver’s top-ranked unit and possibly better! Did You Know that the Cardinals were one of just two teams to rank inside the top 10 in all eight major offensive and defensive statistical categories?Arizona routinely shut down their opponents whether they were running or passing the ball. The Cards ranked fifth in total defense (321.7 ypg), eighth against the pass (230.4 ypg), sixth against the run (91.2 ypg) and seventh in points allowed (19.6 ppg).The Cardinals had four defensive players earn Pro Bowl berths this season and ranked fourth in turnover differential at plus-nine while ranking second to Carolina in total takeaways with 33. Arizona gave up 20 points or less a whopping 10 times during the regular season while limiting the opposition to 13 points or less four times. 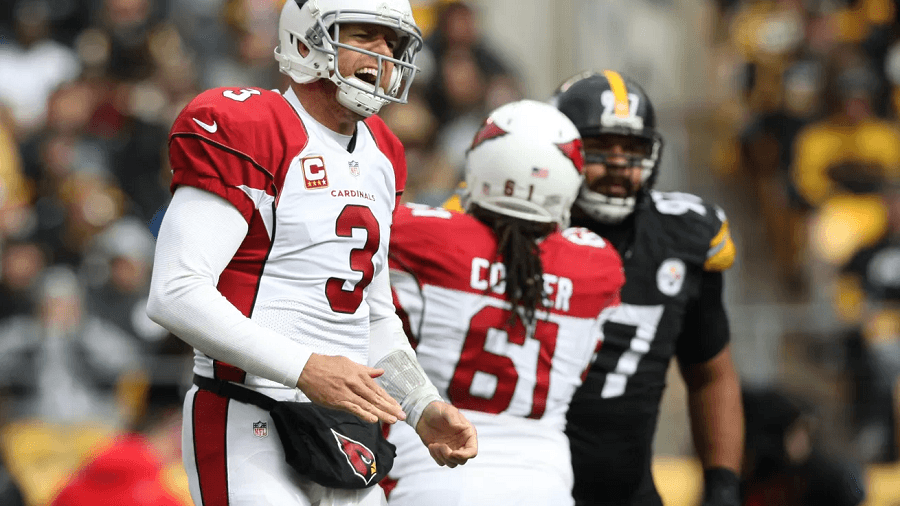 As far as offense is concerned, the Cardinals were downright explosive this season as veteran quarterback Carson Palmer had his best season as a pro. The former Heisman Trophy winner out of USC finished fourth in passing yards (4,671 yards), third in quarterback rating (104.6) and tied for second in touchdown passes (35) to earn the second Pro Bowl berth of his career.Arizona has a talented rookie running back in David Johnson (581 yards, 4.6 yards per carry) and will likely have veteran running back Chris Johnson (814 yards) back in time for Super Bowl 50 after he’s missed the Cardinals’ last six games with an injury.Future Hall of Famer Larry Fitzgerald caught a career-high 109 passes for 1,215 yards and nine touchdowns to record his first 1,000-yard receiving season since 2011.

I really like Denver’s defense and I believe they’re going to give Arizona a tough way to go should they meet up in Super Bowl 50, but in the end, I don’t trust the Broncos’ offense to score enough points against Arizona’s stout defense.The Broncos won’t give up very many points either, but I just don’t see them being able to put enough points on the board to beat the well-balanced Cardinals.Arizona wins and covers the 4-point spread with just a bit of room to spare.
Older post
Newer post