NFL News and Rumors
The streaking Kansas City Chiefs are too hot to handle while the Cleveland Browns are too cold to hold. With these two AFC franchises headed in polar opposite directions, the Browns will look to take down the incendiary  Chiefs and bring an abrupt halt to their winning ways when they square off in their Week 16 pairing at Arrowhead Stadium on Sunday at 1:00 PM ET.Now, let’s find out which one of these teams will cash in against the NFL betting line.

NFL Odds: Kansas City -12.5Over/Under: 42.5Oddsmakers everywhere have visiting Browns as 12.5-point road dogs against Kansas City while the game’s Over/Under Total is sitting at 42.5 after opening at 42.

“To have the homefield advantage they have, to have our fans behind us is awesome.” ➡️ https://t.co/eCCNw3XVCT pic.twitter.com/ymTHkssOQz

Why Bet The Cleveland Browns Odds at +12.5

Because they’re desperate and simply play better with Johnny Manziel under center! Cleveland (3-11 SU, 4-9-1 ATS) has lost a whopping eight of their last nine games including their humbling 30-13 loss against Seattle last weekend as 14-point road underdogs. With their playoff hopes completely gone and their hopes for a winning season down the drain as well, the Browns will look to play spoiler against the streaking Chiefs as Johnny Manziel makes his third straight start for the first time in his career. The Browns’ elusive, but enigmatic signal-caller  led the Browns on a long touchdown on their opening possession in last week’s loss against the Seahawks, but was limited to just 101 passing yards for the remainder of the game. “I thought he handled it very well,” Browns coach Mike Pettine said. “There wasn’t at any point during the game where I felt he was unnerved or flinched or lost his poise.”

Because they’re playing at home, have a playoff berth on the line and are light years ahead of Cleveland. Kansas City (9-5 SU, 8-6 ATS) has won an impressive eight straight games including their 34-14 beat-down of Baltimore last weekend as 6.5-point road favorites. The Chiefs are getting some spectacular performances from numerous players on both sides of the ball, but maybe none quite as impressive as that of veteran quarterback Alex Smith. The former No. 1 overall pick has set career highs in completion percentage, yards per attempt, touchdown-to-interception ratio and total quarterback rating. Smith also ranks in the top three in completions (64), attempts (76) and passing touchdowns (five) on screen plays this season. Defensively, the Chiefs rank second with 20 interceptions while rookie cornerback Marcus Peters has recorded seven interceptions to tie a mark for third place for picks by a first-year player in the past 15 seasons. 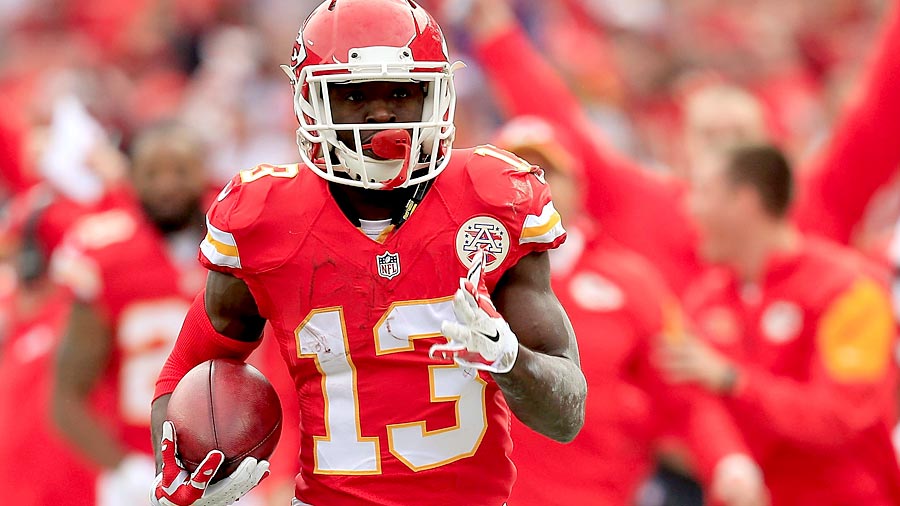