NFL News and Rumors
After an entertaining and profitable weekend of NFL betting action during the Divisional Round matchups, it is time for us to focus on the Conference Championship games and find out some potential high-value teaser NFL odds picks. You ready? Okay, here we go…

When: Sunday, January 24, 3:05 PM ET NFL Odds: New England -3.5 Analysis: Seven weeks ago, Denver defeated New England and covered the spread as a 2.5-point underdog with Brock Osweiler at QB, and many Bronco fans are hoping that their team can repeat that feat as underdogs in the AFC Championship game between the Broncos and Patriots. Considering how Denver’s hard-nosed defense has been choking down opponents mercilessly, you would not be ill-judged for believing that it is possible for lightning to strike twice at Mile High. The problem, however, is that the Broncos will be playing an improved New England team compared to the version they met back in Week 12. And after the Patriots scored 24 points in that 6-point OT loss to the Broncos on November 29, 2015; you can’t help but wonder if the Broncos defense will be able to contain the healthier Patriots offense. Even more worryingly, Denver’s QB Peyton Manning has not thrown for a touchdown in his last three games (including two starts). Manning’s efficiency struggles from the regular season were evident against Pittsburgh on Sunday, as he went 21-of-37 for 222 YDS but with zero TDs. In the meantime, Tom Brady (who led the league with 36 TDs in the regular season) continued to be dependable for his team, as he went 28-42 for 302 YDS and 2 TDs (both passes going to his livewire target TE Rob Gronkowski) against the Chiefs. In addition to those two passing scores, Brady also ran for a TD in the second quarter, bringing his total to 3 touchdowns for the day. All the above being considered, it therefore goes without saying that the Patriots look really good for the win plus the cheap 3.5 points over the Broncos.NFL Pick: Brady bests Manning in their XVII meeting, giving the Patriots (-3.5) a rather comfortable win plus cover over the Broncos. 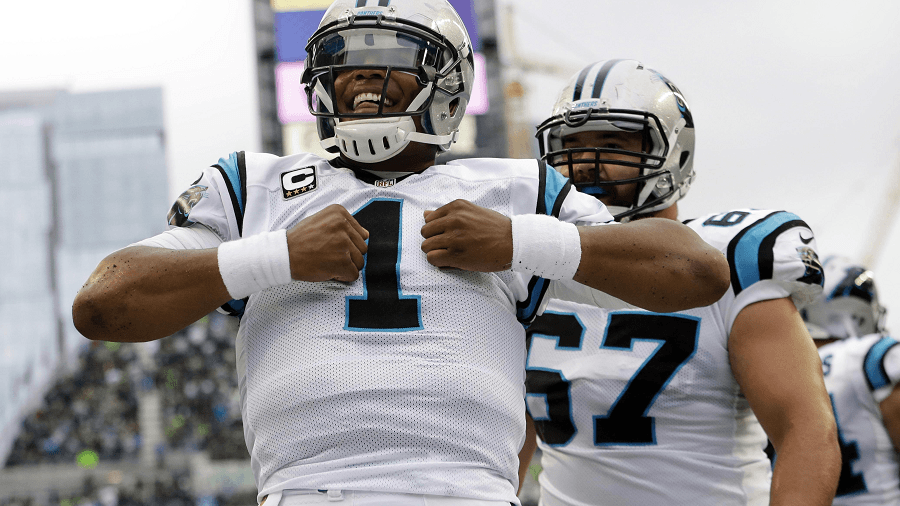 When: Saturday, January 24, 6:40 PM ET, FOX NFL Odds: OVER/UNDER 47 Analysis: Sunday’s much-anticipated NFC Championship game will be pitting Arizona’s attack that finished No. 2 in scoring offense this season (30.6 points per game) against the Carolina’s No. 1 scoring offense (31.3 points per game), as per their numbers from the regular season. And after Green Bay’s iffy offense troubled the Cards all the way to OT on Sunday, you can expect Cam Newton (who threw for the second-most TDs in the regular season—at 35—and rushed for 10 more TDs) and his stellar running game to pick up from where they left off against Seattle, putting up another big-scoring game. Meanwhile, Carson Palmer should also be able to find some good output from his receivers, led by Larry Fitzgerald, John Brown and Michael Floyd. Fitzgerald has particularly been a beast in the postseason games, something we saw on Sunday, as he tallied eight catches for 176 yards and the game-winning TD against Green Bay. As per stats from the NFL, Fitzgerald now has 912 receiving yards and 10 TDs in just eight career playoff games, meaning he could be up for another outstanding postseason performance for his team. With that, both teams are highly likely to post at least 25 points apiece en route to a high-scoring duel.NFL Pick: Both teams deliver a memorable back-and-forth offensive showcase that takes the game total OVER 47
Older post
Newer post