NFL News and Rumors
The Miami Dolphins and San Diego Chargers are limping toward the finish line of what has been identically disappointing NFL betting seasons. Still, both teams will look to get a victory when they square off in their Week 15 matchup at Qualcomm Stadium on Sunday at 4:25 PM ET. Now, let’s find out which team you should back in this contest.

Take a look at practice photos as the Chargers prepare to take on the Dolphins. https://t.co/Pu9eHCzW0w pic.twitter.com/YciehPy1Xk

How To Bet Dolphins vs. Chargers NFL Week 15 Odds

When: 4:25 PM ET, Sunday, December 20, 2015 Where: Qualcomm Stadium, San Diego, California Watch Online HereNFL Odds; San Diego -2 Over/Under: 46The NFL Week 15 odds have the visiting Dolphins as 2-point underdogs to beat the Chargers. If you want to bet the O/U the game total is sitting at 46. No Moneyline odds are listed for either team. Take the Lesser of Two Evils in Pitiful Pairing!

Why Bet The Miami Dolphins Odds at +2

Miami (5-8 SU, 4-9 ATS) enters this contest coming off a humbling 31-24 loss against the Giants on Monday night as a 2.5-point road dog. The Fins have dropped three of their last four games and five of their last seven overall. More importantly, the Dolphins looked absolutely lost and confused on defense as they allowed Odell Beckham Jr. to toast them for 166 receiving yards and two touchdowns.Ryan Tannehill completed 25 of 41 passes for 236 yards with one touchdown and no interceptions, but missed several throws to open receivers and is now on a seat hotter than ever after going 28-33 as a starter in South Beach. The Dolphins are ranked 24th in the NFL in scoring at 20.3 points per game and have only topped the 20-point plateau three times this season under Tannehill’s leadership.“You have to score more than 24,” interim coach Dan Campbell said. “It was time for the offense to step up, and we didn’t do it.” 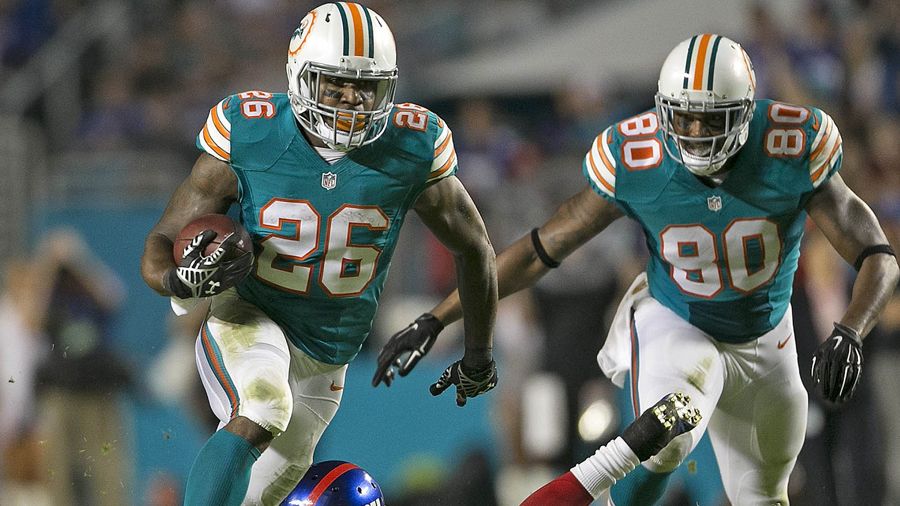 Why Bet The San Diego Chargers Odds at -2

San Diego (3-10 SU, 5-8 ATS) has lost two straight and a whopping eight of their last nine games overall, but gave the red-hot Chiefs a tough way to go last weekend before falling 10-3 in a knock-down, drag-out divisional battle to easily cash in as an 11.5-point road dog.Philip Rivers was limited to 24 of 43 passing for 263 yards with no touchdown and one interceptions, not to mention the fact that the veteran signal-caller was sacked five times in the loss.“The guys are playing their tails off,” coach Mike McCoy said on Monday. There’s not much give-up in the Chargers, despite the tailspin they can’t free themselves from.“We’ve fought like crazy and we were just short,” Rivers said. “No excuses, that’s just the way it’s been. We’ve just been not quite good enough to come through in those situations.“We’ve all had a hand it, me included. I’ve done some things to help us with a chance to win these games and I’ve obviously had the ball in my hand late in games.”

-I said it once this week and I’ll say it again. There’s absolutely no way I’d back Miami with mediocre signal-caller -Ryan Tannehill going up against San Diego’s gun-slinging Philip Rivers! -Miami is just 1-6 ATS in its last seven games and 2-4 ATS in its last half-dozen road games. -While San Diego is just 1-11 ATS in their last dozen home games, the Bolts are also 4-1 ATS in their last 5 games after scoring less than 15 points in their previous game. -Besides, if you’ve seen Tannehill and the Dolphins, you’d know they’re not worthy, not that the Chargers have been lighting the league on fire either!My final score prediction is San Diego 28 Miami 21
Older post
Newer post