NFL News and Rumors
Matt Ryan and the will look to snap out of the funk they’ve been in recently to hand Cam Newton and the unbeaten Carolina Panthers their first loss of the season when the two rivals square off in their Week 14 NFC South divisional showdown on Sunday. Now, let’s find out if the Falcons can pull off the huge upset!

The Falcons have lost five straight games including their 23-19 loss to Tampa Bay last weekend as 1-point road dogs.Matt Ryan completed 30 of 45 passes for 269 yards with one touchdown and one interception but Ryan was sacked three times and Atlanta was limited to just 64 rushing yards in the loss.The Falcons have been plagued by turnovers recently, committing 24 in their last eight games and a whopping eight over their last three contests. “We have to do better, we have to focus on those things in the game in those situations,” Falcons linebacker O’Brien Schofield said. “Collectively, as a group, we have to do a better job of rallying to the ball.”Now the Falcons are looking to become the first team to hand the Panthers a loss. “You have to give them their respect, but you know in this league, anything can happen any week,” Ryan told reporters. “We have to really take a look at ourselves and see what we can do better.” 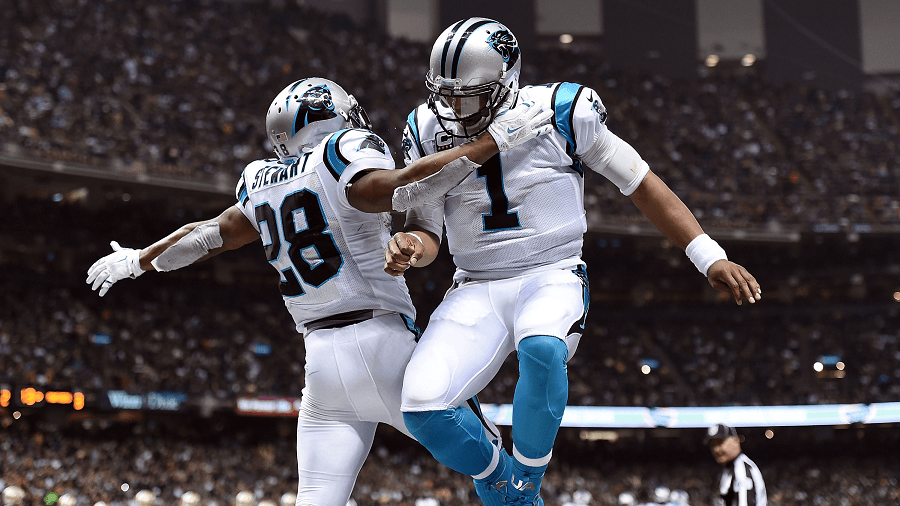 Now, with the NFC South title already locked up, the Panthers are looking to add a first round bye to their postseason schedule. Newton had to overcome a pair of powerful hits that forced the league MVP leader to be checked for a possible concussion in the Carolina locker room.“That just shows how gritty he is,” Carolina head coach Ron Rivera said.

Matt Ryan and company have lost in almost every way imaginable in falling to the lowly Saints, Tampa Bay (twice), San Francisco, Minnesota and Indy. More importantly, Ryan has turned into a turnover machine this season, by tossing 13 interceptions versus 17 touchdown passes. Ryan has tossed six picks over his last three games while throwing at least one pick in six of his last eight starts overall.After their close call against the Saints last weekend, I fully expect the Panthers to come out with some renewed vigor to beat the Falcons and narrowly cover the spread. Atlanta is 0-5 ATS in their last five games following an SU loss and 0-4 ATS in their last four road games. Conversely, the Panthers are 4-1 ATS in their last five games and 5-2 ATS in their L/7 home games.Last but not least, the Falcons are 0-8 ATS in their last eight games and a winless 0-4 ATS in their last four games against their NFC South division rivals.My Pick: Carolina 30 Atlanta 20
Older post
Newer post