NFL News and Rumors
There are 4 very good teams left on the AFC side of the playoffs this season, and a solid case could be made for all 4 of them ending up in Santa Clara, California for Super Bowl 50. That may be getting a little too ahead of the game, though, as there is still the business of the Divisional Round to be attended to. There are a pair of definite favorites for the upcoming games this weekend, but what about the teams coming into this one as an underdog? Are they worth betting on? Let’s take a look and see.

The biggest knock on the Chiefs is that they don’t have the elite QB that can take them to the promised land. No, Alex Smith is no likely to end up in the Hall of Fame given his career stats right now, but he has led his team to 11 straight victories coming into this weekend. The Chiefs started the season at 1-5, and the general consensus at that point was that their season was over. That was obviously not the case, as they went on the kind of tear that you just don’t see very often in a league with this much parity.The Chiefs have not needed Alex Smith to be a play maker for them, but he has excelled by steering clear of the big mistakes. The KC defense has been dominating over the past few weeks, and they create havoc and turnovers on a consistent basis. That has helped the Chiefs win the field position battle more often than not, making it easier for Smith to do his thing. They will be going after a pretty immobile Tom Brady this weekend, especially now that they know he is playing on a less than perfect ankle. I would not be stunned to see the Chiefs make it 10 in a row at Gillette Stadium this Saturday, January 16. 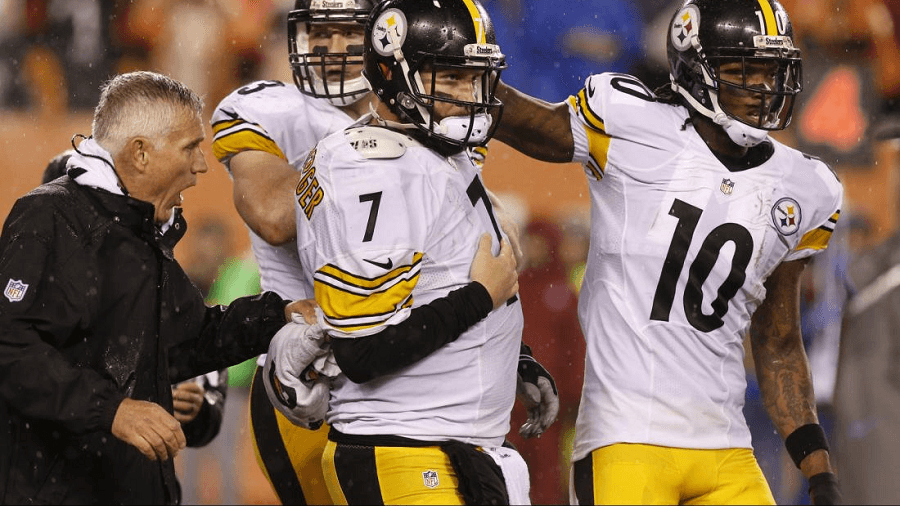 The odds for their meeting with the Denver Broncos at Sports Authority Field this Sunday are still off the board, as the Steelers have a host of injury concerns. It has just been announced that Antonio Brown will miss the game with a concussion, and while Ben Roethlisberger is expected to start, he will be doing so with a throwing shoulder containing damaged ligaments.While it would be easy to write the Steelers off given that information, I think it would be a mistake to do so. Big injuries have been an issue all season long, but they have always found a way to overcome adversity and get the wins when needed. They stunned the Bengals with a dominant defensive display in the Wild Card game, and a similar performance can rattle this Broncos offense. They have a plethora of great receivers at their disposal, and even of Big Ben can’t go deep, he has the perfect outlet in Heath Miller. I wouldn’t write off the boys in black and gold just yet.
Older post
Newer post