NFL News and Rumors
Believe it or not, Peyton Manning and the Denver Broncos will be playing in Super Bowl 50, and they’ll be doing so at the expense of Tom Brady and the New England Patriots. The contrarian bettors who heeded our warning and considered our NFL picks must be smiling a lot right now, me included among them. But then, that’s all history; what matters now is the NFL odds to win Super Bowl 50. Can the Broncos do it again in the NFL lines? Let’s find out what the early Super Bowl 50 odds have to say in regards to the Denver Broncos?

It was far from pretty and the Broncos had to endure some agonizing heart-in-the-mouth moments after Brady connected with Rob Gronkowski on that improbable touchdown in the last minute of the game, but it all didn’t matter as the Pats missed a potentially game-tying two-point conversion, sending Denver through as deserved 20-18 winners. There were several positives to take away from that win, most important of them all being that Denver has a chance to make amends of choking big-time in the Super Bowl two seasons ago. Admittedly, though, there’s still a lot of work that has to be done, especially in the offense, if the Broncos are to have the last laugh on January 7th. 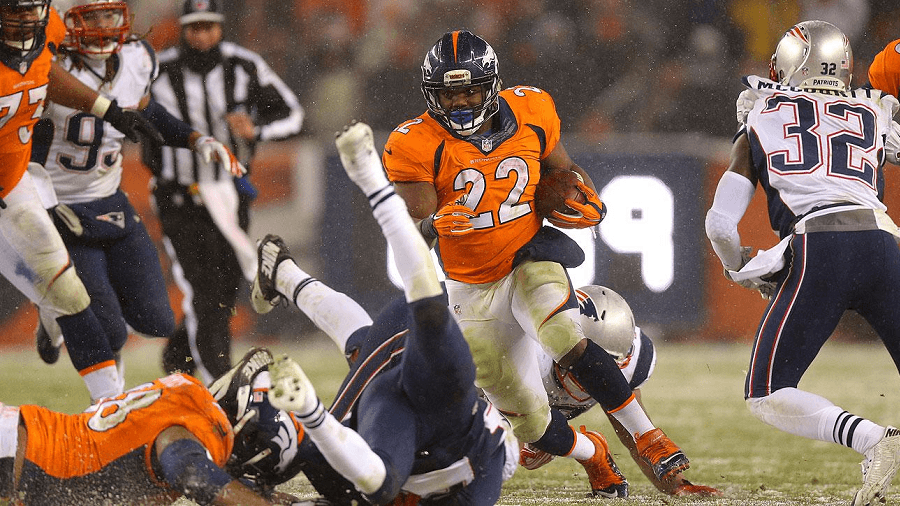 Looking at the manner in which Denver has been struggling offensively, you’d almost want to agree with the increasingly popular saying that Broncos couldn’t score 24+ if their franchise’s existence depended on it. This is a team that averaged just 22 PPG scoring this season, nearly 10 PPG lower than Carolina’s NFL-best mark. Still, the NFL betting trends have it that the 4 of the last 6 teams to average that few points in the regular season won the Super Bowl. And looking at the manner in which the Broncos have received criticism for their iffy offense, yet still managed to win 14 of their 18 games en route to the Super Bowl, there’s definitely hope that Denver could once again survive the Panthers’ onslaught. This should especially be possible if running back C.J. Anderson (who is averaging 5.7 yards per carry over the last four games dating back to the regular season) and his fellow running backs are able to support Manning in the offense.

Unless you live in some God-forsaken planet, you must be aware that the Broncos finished the regular season with the best defense in the nation—by far. And to prove that none of their regular-season stinginess was fluke, the Broncos held Pittsburgh’s volatile offense to just 16 points, before Von Miller and Company shined on Sunday, throttling the Brady’s AFC-best Patriots offense o just 18 points and all-rounded frustrating night. This has been the running story for the Broncos, who have accomplished several defensive milestones this season, including:Simply put, the Panthers—even with their double-threat offense that can run and pass the ball—will have their work cut out for them in the Super Bowl.

Needless to say, the dynamic nature of Carolina’s offense, along with the menacing reputation of adjusting the team’s defense to match up to their opponents, will be tough for Manning and Company to handle. Nevertheless, the Broncos have survived all kinds of opponents and are in Super Bowl 50 to win it, rather than play second-fiddle to the Panthers. The talent is there, and so is the will. These two key ingredients are able to make up for their decencies and grant them the all-important Super Bowl 50 win, if not for their own sake, then for their soon-to-be retiring legend, Peyton Manning.
Older post
Newer post