NFL News and Rumors
If you love taking the guesswork out of often arduous ATS picks and love to make simple wagers against the Over/Under Total, then you’ve come to the right place! Thanks to this expert Over/Under betting breakdown on Sunday’s NFC Wild Card odds showdown between the Minnesota Vikings and Seattle Seahawks you’re going to be well-armed with insightful O/U total information that will undoubtedly help you in your efforts to cash in against the Total for this contest.Okay, with all of that said, let’s get started.

“I take pride in being able to go out and dominate. I enjoy it.” – @AdrianPeterson MORE: https://t.co/MliX7KC5vI pic.twitter.com/WooR6U5ZG5

How The Minnesota Vikings Affect Betting On The Game Total

The Minnesota Vikings went 4-11-1 O/U this season, thanks mostly to their combination of powerful defense – and absolutely mediocre offense – Adrian Peterson’s personal campaign notwithstanding. The Vikes started the season off with five straight under outcomes while going 1-6 O/U over their first seven games. Minnesota went 3-5-1 O/U over their final nine games and played Under the 43.5-point Total in their regular season finale against Green Bay.Minnesota has held three straight opponents to 17 points or less and went 3-5 O/U at home this season, so they’ll enter this Wild Card showdown playing excellent defense. 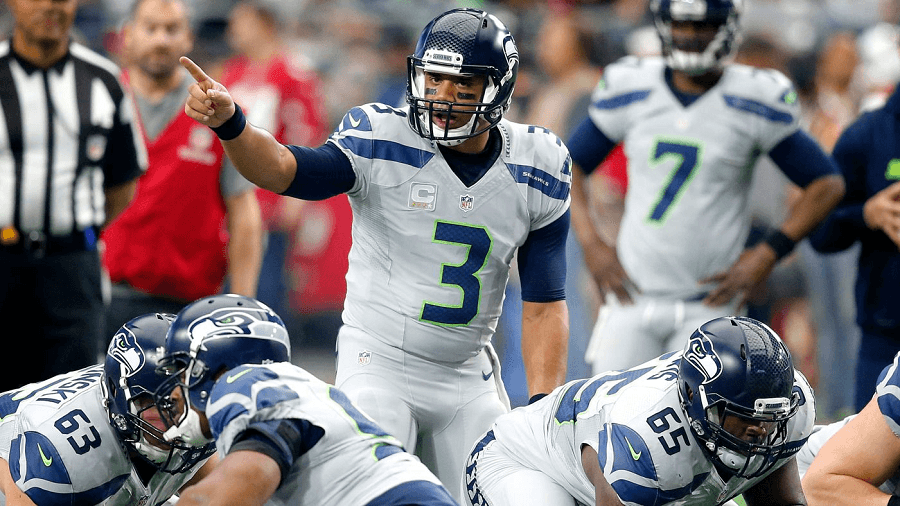 How the Seattle Seahawks Affect Betting On The Game Total

The Seahawks went 7-9 O/U this season and while they didn’t reach double figures in Unders like they have in each of the previous two season, Seattle did close out the regular season by playing under the total in four straight games, mostly by limiting three of those opponents to 13 points or less and two of those to an identical six points.The Seahawks played Under their road total five times (3-5 O/U), including two straight times and four times in their last five road dates overall. Seattle is also back to playing ‘lockdown’ defense after a rough start to the regular season in which they gave up at leas 27 points in four of their first six games. Seattle finished the regular season ranked second in total defense (291.8 ypg), second against the pass, first against the run and first in points allowed (17.3 ppg).

I’m going to get right to the points by saying that the Over/Under pick for this contest is a bit of a toughie. On one hand, Seattle has been putting points on the board like crazy in scoring 30 points or more in seven of their last eight games. On the other hand, the Seahawks have also been shutting down their opponents like nobody’s business.For me, the big news surrounding the Over/Under pick for this NFC Wild Card match up is the current weather report. AccuWeather‘s forecast for Sunday’s match up calls for a high temperature of zero degrees at TCF Bank Stadium in Minneapolis. If the temperature is below zero at kickoff, it would mark just the second time in franchise history that the Vikings have kicked off in sub-zero temperatures. The first was way back on Dec. 3, 1972, when it was minus-2 at kickoff between the Vikings and Bears. The very next Sunday, temperatures were at zero for the Vikings’ game against the Green Bay Packers.The Over/Under Total is 109-121 in all non-overtime games (52.6 percent) and 11-10 in overtime contests (47.6 percent). The Under is 4-0 in Seattle’s last four games and 4-1 in their last five road games. The Under is also 4-0 in Minnesota’s last four Wildcard games and 3-0-1 in the Vikings’ last quartet of home playoff games and 12-4-1 in their last 17 games overall. While the Over is 4-1 in the last five meetings between these rivals, I like the Under and you should too!My Final score prediction: Seattle 24 Minnesota 14
Older post
Newer post