NFL News and Rumors
Aaron Rodgers and the Green Bay Packers will look to bounce back from their first loss of the season when they visit Cam Newton and the unbeaten Carolina Panthers in a  contest that looks like a Week 9 NFL online odds thriller just waiting to happen. Now, let’s find out if the Pack can pull off the football odds upset as surprising road favorites on Sunday at Bank of America Stadium.

The Packers were pretty much dominated in their humbling 29-10 loss against unbeaten Denver in Week 8 while never coming close to covering the spread as a surprising 2.5-point road favorite.
The Packers were beaten in all three phases of the game and never had a chance to beat a rejuvenated Peyton Manning and the Broncos stout defense. “They took advantage of us in the run game and the pass game,” Packers cornerback Casey Hayward said. “(Manning) had some turnovers in the previous games but he was still Manning. He commanded their offense tonight. They were coming off a bye, just like we were, and they were prepared.” 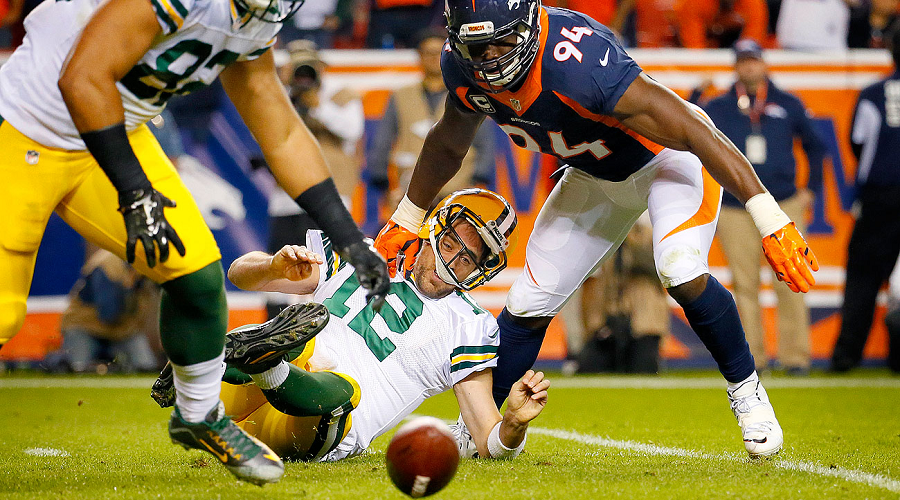 Denver’s defense harassed Packers quarterback Aaron Rodgers into a dismal 14 for 22 passing day for just 77 yards. “That was a humbling loss. I haven’t had my butt kicked like that in a long time,” Packers head coach Mike McCarthy said. The Packers allowed Manning to complete a blistering 21 of 29 passes for 340 yards while Denver running back C.J. Anderson topped the 100-yard plateau. Green Bay rushed for just 90 yards as a team while watching Rodgers get sacked three times.
The Packers are ranked 10th in scoring (24.9 ppg) and sixth in points allowed (18.6 ppg).

Carolina outscored Indianapolis 6-3 in overtime to squeak past the Colts 29-26 in Week 8 despite failing to cover the spread as a 5-point home favorite
The Panthers failed to hold on to 10-6 a halftime lead and 17-6 lead through three quarters as the Colts scored 17 fourth quarter points to take the lead in the fourth. Carolina answered with six points in the quarter to force overtime. Kicker Graham Gano then led the charge to victory by kicking a 42-yard field goal and ensuing game-winning 52-yarder to help the Panthers remain unbeaten.  “I feel blessed to have that opportunity at the end,” Gano said.
Gano more than made up for a missed extra point to help the Panthers extend their best start in franchise history. “We have had games when you have weather like this and sometimes those things happen,” he said of the missed kick. “We prepare for that the best we can.” 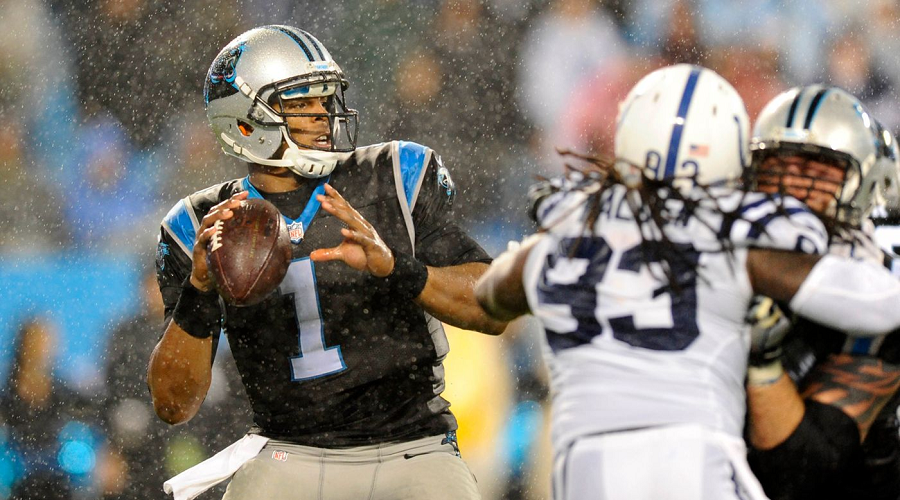 Cam Newton completed just 16 of 35 passes, but threw for 248 yards and two touchdowns while adding another 41 yards on the ground on 10 carries. Newton was picked off once in the win. “We’re one of the lucky few to be able to say we’re 7-0,” Panthers quarterback Cam Newton said.
Panthers’ linebacker Luke Kuechly set up the game-winning field goal after intercepting Colts quarterback Andrew Luck. “The ball went right to me. All I had to do is catch it,” Kuechly said. “Roman Harper was the key guy on that. He got his hand in there.”
Carolina picked off Luck three times in the win and has now won a franchise-record 11 consecutive regular-season games dating to last season while matching last season’s seven-win total. The Panthers are ranked fourth in scoring (27.3 ppg) and 10th in points allowed (219.4 ppg).