NFL News and Rumors
Jay Cutler and the Chicago Bears will look to overcome Aaron Rodgers and the NFC North division-leading Green Bay Packers when the two rivals meet in an intriguing Week 12 NFL Lines matchup that gets underway live from Lambeau Field on Thanksgiving Day. Now let’s find out if the Bears can pull off the road upset to bring home the turkey on Thanksgiving Day!

The Packers snapped out of their three-game funk y jumping all over the Minnesota Vikings on Sunday en route to a commanding 30-14 win as a 1-point road underdog. Rodgers completed 16 of 34 passes for 212 yards and tossed two touchdown passes in the win while Eddie Lacy had his first 100-yard rushing day of the season. Defensively, the Packers sacked Minnesota quarterback Teddy Bridgewater six times“Maybe we’ll get you guys off our back for a couple days,” Rodgers said. “We’ve been taking it on the chin, rightfully so, the last three weeks after a couple real poor performances. This was an important week for us. We really stuck together.”Veteran wide receiver James Jones added six catches for 109 yards and kicker Mason Crosby made all five of his field goal attempts. “I think sometimes we play a little better when we start to get questioned,” Rodgers said.Green Bay is ranked ninth in scoring (24.9 ppg) and eighth in points allowed (19.8 ppg).

The Bears had their modest two-game winning streak snapped in their hard-fought 17-15 loss to Denver on Sunday although they managed to cover the spread as a 2.5-point home dog to move to 3-0 ATS over the last three games. Jay Cutler completed 18 of 32 passes for 265 yards with one interception and the Bears were held to just 86 rushing yards in the loss. Chicago also blew a chance to put points on the board early in the final quarter when they foolishly went for a touchdown on fourth down.When asked why he went for the score as opposed to kicking a field goal, Bears head coach John Fox said: “I think we hadn’t made many trips down there, and when we had, we hadn’t scored touchdowns. It had been kind of a field-goal game. At that point in the game, we felt that was going to be maybe our last opportunity so we were aggressive and came up short on fourth-and-4.” 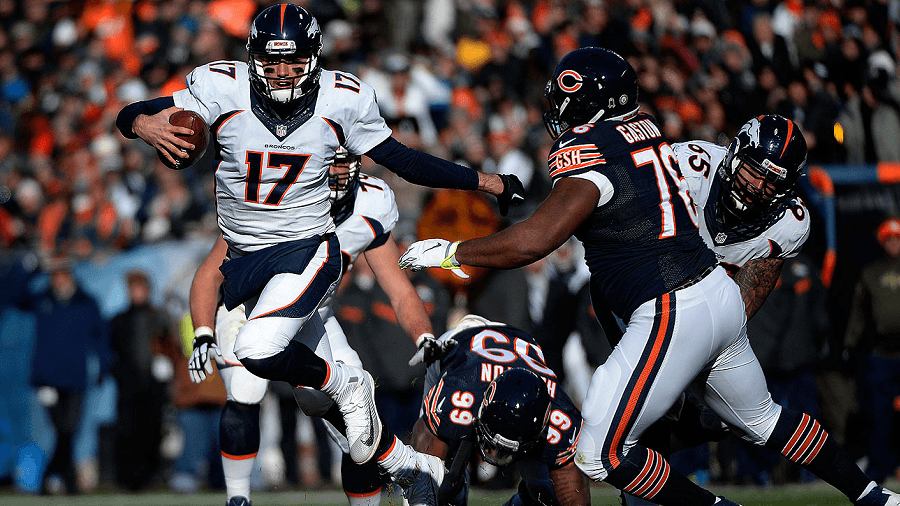 Defensively, the Bears allowed Denver backup Brock Osweiler to completed 20 of 27 passes for 250 yards and two touchdowns in his very first regular season start.Chicago is ranked 21st in scoring (21.4 ppg) and 22nd in points allowed (25.1 ppg).