NFL News and Rumors
During the 2015-16 NFL preseason, the Carolina Panthers were nowhere close to being mentioned among the teams that would contend for Super Bowl 50. Fast forward to today, the Panthers have not only made it to the 2016 Super Bowl game, but they’ve done so in absolutely emphatic fashion, winning 17 of their 18 games on the season, including the 49-15 decimation of the #2 AFC seed, the Arizona Cardinals, on Sunday. All that stands between the Panthers and a Denver Broncos team that has equally overcome many issues to reach Super Bowl 50. In preparation for this mouthwatering clash, here is an early comprehensive betting preview of the Panthers and their betting spread to win Super Bowl.

Panthers Have Tons of Balance and Great Betting Value

There are several things working in Carolina’s favor ahead of the Super Bowl, but the biggest one of them all is easily their balance on both sides of the ball. Bound-to-be-crowned NFL MVP Cam Newton has been a monster this season. After accounting for an NFL-high 45 touchdowns in the regular season, along with several broken records, Newton has continued his offensive efficiency in the playoff. Following the forgiving 31 points posted against Seattle’s No. 3-rated defense per DVOA, Newton and gang were at it again on Sunday, as the QB totaled four touchdowns en route to an obliterating 34-point victory over Zona. Meanwhile, Carolina’s D was equally up to the task, limiting the Cardinals No. 1-rated offense to just 15 points, summing up one of the most lopsided Conference Championship wins in NFL lines history. With such a balance, it doesn’t look like the Broncos, who are a one-sided team that mostly relies on the defense to win games, will be causing any worries to the high-flying Panthers. 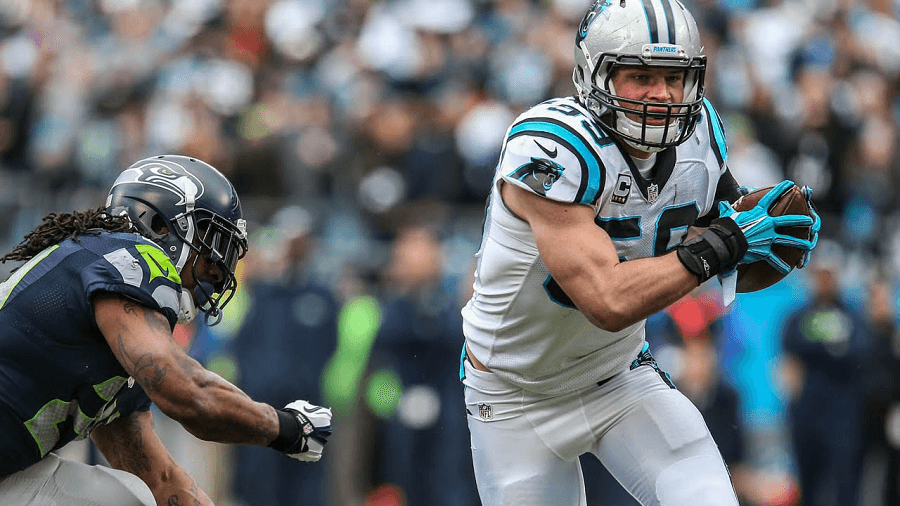 Outside Carolina’s strengths, the Panthers will most likely get some help from the Manning and his iffy Denver offense. Despite not yet throwing an interception in the playoffs, Manning looks like a disaster waiting to happen (like Brady last Sunday), going by his well-documented struggles from the regular season.In his last regular season start against Kansas City, Manning had a horrible performance, throwing four interceptions and taking two sacks, leading to him being benched. He eventually finished second-worst in the NFL with 17 INTs, despite playing just 10 games. And considering the manner in which Manning struggled to cope with New England’s defense in the second half, there is a very good chance that he will be treated to a similar ordeal like Arizona’s Carson Palmer. With that, Carolina’s playmaking defense, led by Luke Kuechly, should be able to increase the team’s chances of stretching the score by pouncing on any miscues from Manning and Co.

Taking into account the way Newton has been solid throughout the season, along with the Panthers’ solid running game (148 YPG rushing and five total touchdowns in their two playoff games) and Carolina’s bend-don’t-break defense, it beats logic to think that Denver will be winning game. So, unless the football gods know something that we don’t, this Carolina team, which led the league in scoring during the regular season at 31.3 PPG and put up a whopping 80 points in just six quarters against the Seattle and Arizona, should be able to outscore Denver to claim a franchise-first Super Bowl victory.
Older post
Newer post