NFL News and Rumors
The Carolina Panthers may be billed as a one-man wrecking crew that features a bunch of Cam Newton and not very much else, but the fact of the matter is that Carolina’s league-leading offense has a lot more going for them than just Newton’s stupendous play. This expert betting breakdown on Carolina’s offense will give the insight you’ll need in order to make the most out of your NFL playoff wagering over the remainder of the postseason whether you’re betting on or against the Panthers. With that said, let’s get started.

Analysis: The Panthers ranked 11th in total offense during the regular season, but that was based mostly on the strength of their stellar second-ranked rushing attack.Veteran running back Jonathan Stewart rushed for a team-high 989 yards, but that figure doesn’t do justice to Stewart’s widely-recognized Pro Bowl caliber ability. Stewart gashed Seattle for 106 yards and two touchdowns on just 19 carries on Sunday, including a huge, 59-yard run on the Panthers first possession.Stewart’s 989 yards ranked eighth in the NFL this season. Add in Cam Newton’s 636 yards, 10 rushing scores and impressive 4.8-yard-per-carry average and it’s easy to see why the Panthers can pound the ball with the best teams in all of football this season. 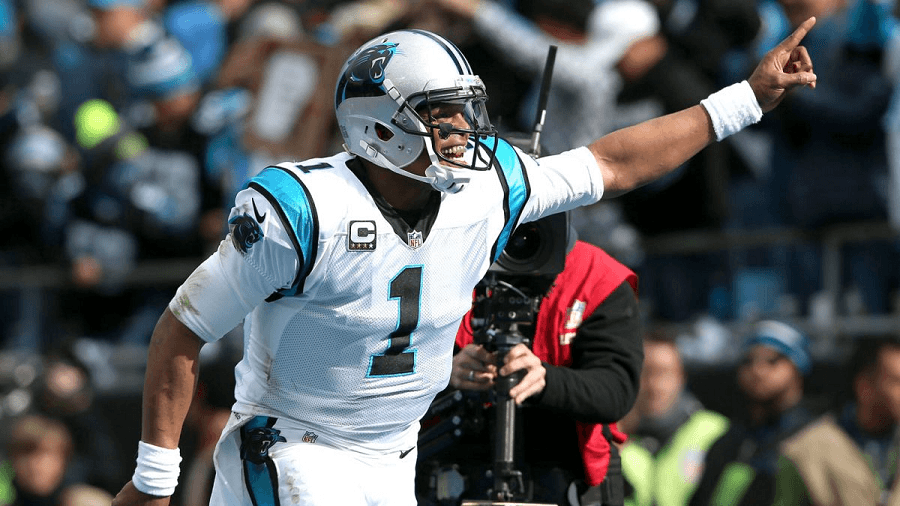 While the Panthers somehow managed to rank just 24th in passing, you’d never know it as Newton delivered a stupendous campaign that will almost certainly result in the former Auburn star winning this season’s league MVP award. Newton finished 16th in passing yards during the regular season, but ranked eighth in quarterback rating 99.4) while also finishing tied for second in TD passes (35).While Carolina didn’t have a wide receiver finish inside the top 40 in receiving, veteran tight end Greg Olsen earned a Pro Bowl berth by finishing 17th in receiving yards while ranking sixth in 20-plus-yard receptions (20). Veteran wide receiver Ted Ginn also had one of his best seasons as a pro by finishing 49th in receiving yards (739) and reaching double figures in touchdown grabs (10).The Panthers also have a pair of useful, if not highly-publicized veterans that can make plays when least expected in wideout Jericho Cotchery and fullback Mike Tolbert. Both Tolbert and Stewart earned Pro Bowl nods this season.Most important, Carolina led the league in scoring (31.2 ppg) by topping the 30-point plateau a whopping nine times this season, including their NFC divisional win over Seattle this past weekend. Carolina has scored 30 or more seven times in their last eight games and can clearly hurt teams by both, rushing the ball or passing it.