NFL News and Rumors
The New England Patriots will look to nail down home field advantage throughout the AFC playoffs when they visit the reeling Miami Dolphins for their Week 17 AFC East division NFL betting clash. Outside of that fact, the Pats have nothing to play for, which ironically, is the same state that the pitiful Dolphins are mired in. This game gets underway on Sunday, January 3 at 1:00 PM ET live from Sun Life Stadium in Miami Gardens, Florida.

It was the @NFL‘s top catch this week. You need to see the play that @God_Son80 made again. https://t.co/8LuzaUk0Yj

Why Bet The Miami Dolphins Odds at +11.5

There is absolutely no reason to believe Miami will win this game – unless the Pats pull Tom Brady and the rest of their starters early. The Dolphins have lost three straight and fix of their last six games and have all kinds of problems on both sides of the ball, starting with mediocre quarterback Ryan Tannehill. Miami has been held to 14 points or less in each of their last two games and three times n their L/5 games overall.Tannehill has completed a respectable 61.7 percent of his passes this season for 3,858 yards with 22 touchdowns and 12 interceptions, but has still never managed to lead the Fins to more than eight wins. Tannehill has been sacked a league-leading 44 times this season and an insane 183 times in four seasons.The Dolphins average 19.3 points per game while allowing 25.3 points per game defensively. 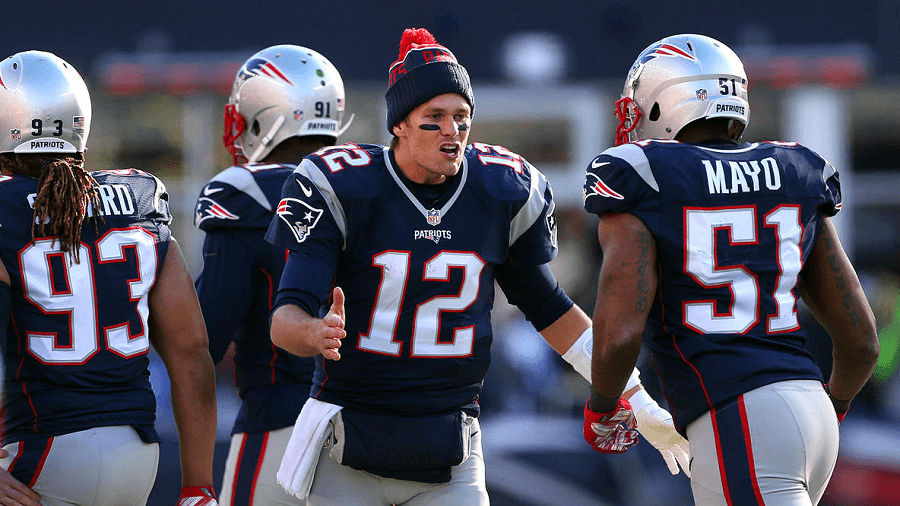 Why Bet The New England Patriots Odds at -10

The New England Patriots are simply better than Miami – at everything! Sure, the Pats lost to the Jets 26-20 in overtime as Bill Belichick chose to kick the ball after winning the OT coin flip, but that won’t matter one iota in this match up. New England can lock up the top seed in the AFC playoffs by beating Miami and really, that’s all you need to know about this match up.Tom Brady is having another stupendous season as he’s completed 64.7 percent of his passes for 4,636 yards with 36 touchdowns and seven interceptions. Tight end Rob Gronkowski and wide receiver Julian Edelman have combined for a stunning 1,850 receiving yards and 18 touchdowns and the Pats are putting up a stellar 30.3 points per game while holding the opposition to just 19.7 points per game defensively.

If you haven’t read or heard about Miko Grimes’ Twitter rant against Ryan Tannehill, then you sure missed a bunch – of truth – that is! Here’s a snippet of what the wife of Dolphins cornerback Brent Grimes had to say about Ryan Tannehill.“I knew this qb stunk the minute we signed to this team but I tried to keep quiet so I didn’t discourage bae from believing in his team,” she tweeted. “I should’ve known we were gonna lose when I heard we didn’t complete a single pass in two minute drills this week against the practice squad defense.” She added: “My Column: how many people does Ryan Tannehill have to get fired before you realize he’s the problem.”Maybe it’s me, but I’m thinking the Fins should hire her as their new GM. New England wins going away because, like Miko Grimes said, Ryan Tannehill is a bum!My final score prediction: New England 31 Miami 20
Older post
Newer post