NFL News and Rumors
The defending Super Bowl champion New England Patriots will finally get to defend their crown this weekend when they welcome the Kansas City Chiefs to Gillette Stadium in Foxboro on Saturday, January 16 at 4:35 PM EST on CBS. This looks like being one of the most intriguing match-ups in the Divisional Round, and is one that is certainly worth to bet on, so keep an eye on the NFL odds for this match.

How to bet the Patriots Vs Chiefs

The Patriots have the home field edge, and have hit the board as a 4.5-point favorite, and are also -235 on the moneyline. Given that the Chiefs have now won 11 games in a row, they might well be worth a look at a rather juicy +195. The game total for this one is currently sitting at 42.5, but be sure to check back to MyBookie regularly, as all of those odds and lines can shift a little prior to game time.

I could just say Brady and Belichick and leave it at that, but I’m sure you all need a little more than just one of the greatest ever QB/Coach combos ever put together in order to part with your hard earned betting money. You have to consider the fact that knocking off the champion is never easy, especially when you have to go into their building to do so. The Patriots were a stellar in the 2015 NFL season, achieving a 7-1 record at home with their only loss there coming versus the Eagles later in the season. The Patriots have had more than their fair share of injuries to deal with, including an ankle injury picked up by Brady in the final week of the season, but the extra week off will have helped the walking wounded get the rest they needed in order to heal. It should also be noted that the Patriots went 9-3 against conference foes this season.

You always want to go into the playoffs with momentum on your side, and no team did a better job of that than the Kansas City Chiefs. After their 30-0 Wild Card win in Houston, the Chiefs have now won 11 straight games, which includes 5 straight wins on the road. They finished with a 5-3 record on the road, and were the only team in the AFC to register double digit wins versus conference foes. They have a defense that can get after the QB in a big way, and that may play to their advantage with Brady, not the most mobile of QB’s to begin with, possibly feeling some pain in that ankle injury. The Chiefs may well now be the biggest dark horse of all 8 teams left in the playoffs. 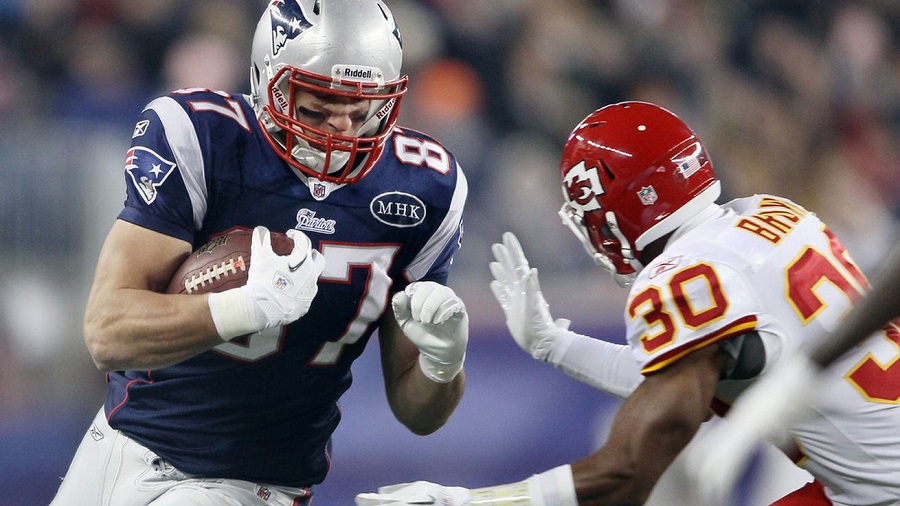 I would love to tell you that I have this one all figured out, but the truth is that I have been going back and forth all week long. At the end of the day, though, I have to go with the team carrying all the momentum, albeit in a close one.New England Patriots 20 Kansas City Chiefs 23
Older post
Newer post