NFL News and Rumors
Football is one of the most physical sports, with the possible exception of ice hockey. That means NFL betting fans will see injuries pile up – even during the preseason. So here are some of the worst injuries to hit teams – so far – to keep you updated.

Preseason Injuries that May Alter the NFL Lines

Technically, Pierre-Paul got hurt even before the preseason really began. On July 4, a fireworks accident ended up costing the two-time Pro Bowler his right index finger. For a while, though, Pierre-Paul refused to talk to Giant representatives, even the ones that flew down from New York to Florida to visit him in the hospital. At the present time, there still is no timetable for his return to the Giants.

When the Jags opened their preseason against the Pittsburgh Steelers, Thomas picked up a stable fracture in his left hand. He will be out for the rest of the preseason, but he should be ready to go for Week 1. Thomas just got a five-year, $46 million deal, but thanks to the way that NFL contracts, only some of that is guaranteed, and now it’s likely that Thomas will hit fewer of his incentives and leave more money in the Jags’ bank account.

Kevin White was one of the most exciting rookies in the 2015 draft. This wide receiver was supposed to be a big target for Jay Cutler, but now that he has a stress fracture in his shin, he might not play at all in 2015-16. He will begin the 2015 regular season on the physically unable to perform list. If you think Jay Cutler has been grumpy before, expect that to get worse this year.

Elam ripped his bicep at practice on August 2 and will be out for the entire 2015-16 season. He was set to start his third season in the National Football League, but now he has had surgery that will keep him out a minimum of four months.

At practice, Floyd happened to fall down on his hand. The injury was particularly gross, though, as he dislocated three fingers so badly that he required surgery. Now it’s look like he won’t be set to play when the regular season gets underway. 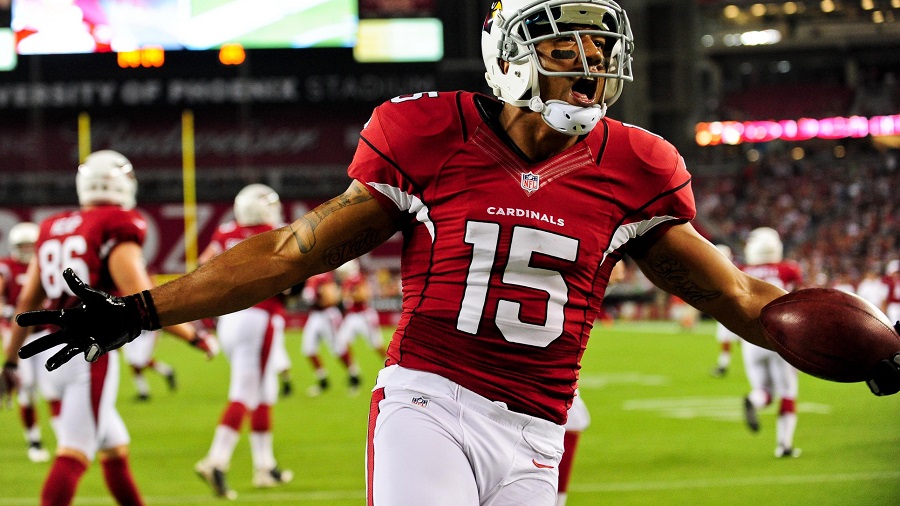 It’s not often that starting quarterbacks get punched in the face by anyone. However, it happens even less that they get punched in the face by people on their own team. The last time I can remember hearing about that was way back in the 1970s when Cowboys backup quarterback Clint Longley sucker-punched Roger Staubach in the locker room, pounding him into his locker and then running before Staubach could get back up and catch him. This offseason, Geno Smith decided to talk trash about $600 that he owed linebacker IK Enemkpali. A few minutes later, Smith was on his back, his jaw broken by Enemkpali. The Jets released the linebacker, but the Bills picked him up. Smith will now be out for up to 10 weeks.
Older post
Newer post