NFL News and Rumors
The beleaguered Cleveland Browns will look to snap their five-game skid when they host the AFC North division rival Baltimore Ravens in a Week 12 pairing of teams with nothing left to play for this NFL betting season.Still, that doesn’t mean this game isn’t offering its share of value for gridiron gamblers everywhere.Here’s why!

Not only have the Browns lost five straight games, but they’re also going back to veteran signal-caller Josh McCown as their starter after naming second-year quarterback Johnny Manziel the team’s starter for the remainder of the season following their last contest.Head coach Mike Pettine immediately demoted Manziel to third string (wrong move) after video of him partying during the team’s bye week surfaced online last week.“When you have a great opportunity in front of you, it is important that you demonstrate that you can handle the responsibility that comes with it,” Pettine said.“It’s the trust, the accountability part of it,” Pettine added. “It was right on the heels of discussions that not just I had with him but (quarterbacks coach) Kevin O’Connell and (offensive coordinator John DeFilippo) Flip and just that trust was violated. I can’t emphasize the importance of the trust and the accountability piece. This is where we had an obvious shortcoming.”Manziel played well in Cleveland’s 30-9 Week 11 loss at Pittsburgh by completing 33 of 45 passes for 372 yards with one touchdown and one interception.

The Baltimore Ravens will play their first game in eight years without Joe Flacco under center after Flacco tore the ACL and MCL in his left knee near the end of last week’s 16-13 win over St. Louis. Flacco had started all 137 games for Baltimore during the span including the playoffs.“I’m really proud of the fact that I was able to go that long,” Flacco said. “I wanted to go my whole career without missing anything. It’s just the nature of the game. It happens. I just have to go out there, rehab, get back and be stronger.”Veteran quarterback Matt Schaub will get the start in Flacco’s place, but the former Texans star has gone 0-6 in his last six starts since making his last start since Week 17 of the 2013 season.“We’ll rally behind Matt. We’ll rally behind the rest of our running backs, because we’re a football team,” head coach John Harbaugh said. “We are a team, and that’s how we approach it.”The Ravens will also be without starting running back Justin Forsett after the veteran fractured his right forearm. Rookie backup Javorius Allen rushed for 67 yards and added five receptions for 48 yards in his place last weekend. Baltimore’s last three games have been decided by a combined eight points. 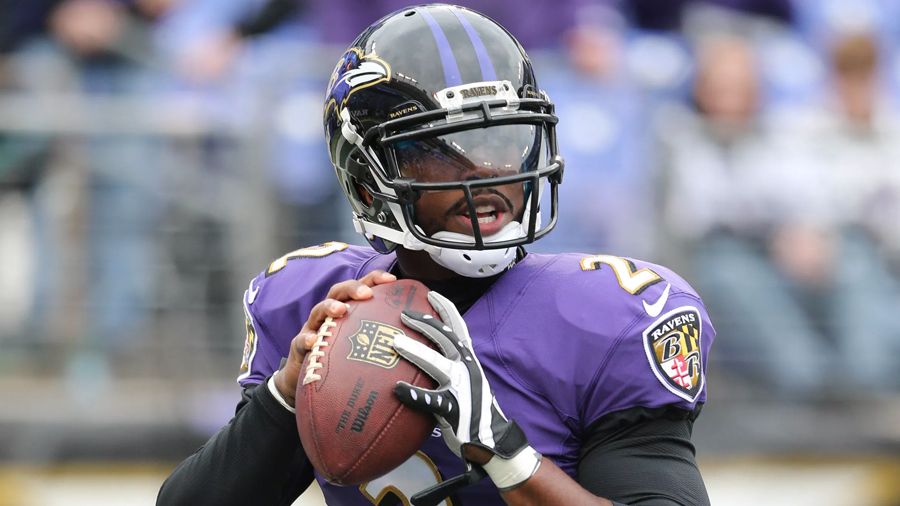 57 percent of the betting public likes Cleveland, but I don’t mostly because I’m expecting Matt Schaub to play at least as well as Josh McCown, not to mention the fact that the Ravens have the far better head coach and far more organizational stability in this divisional showdown.Baltimore also averages 4.0 points per game more than the Browns while simultaneously allowing 2.8 fewer points per contest defensively.The Ravens also have revenge on their minds after losing to the Browns 33-30 in overtime in Week 6 as a 6-point home favorite no less.Baltimore may be 1-3-1 ATS in its last five road games, but Cleveland has compiled a winless 0-4-1 ATS mark in its last five games.The Ravens are 11-5 ATS in their last 16 games following a bye week and a robust 5-1-1 ATS in their last seven road dates against the Browns.I’m going with the 43 percent of public bettors that like the Ravens for the road ‘upset’ and you should too!