NFL News and Rumors
There are only five undefeated teams left in the National Football League NFL betting fans, and one of them is the Carolina Panthers. It’s true that they are in the NFC South, which (even with the resurgence of Atlanta) is one of the softest in the league, but even so they are looking like a contender to make it to Superbowl. One key factor is that the team has grown beyond Cam Newton.

It’s true, online betting aficionados, that the Panthers inked Newton to a huge $103 million extension to keep him in the fold for the future. However, the Panthers have put some pieces around him that can bring the team a victory, even when things aren’t going so well for him. 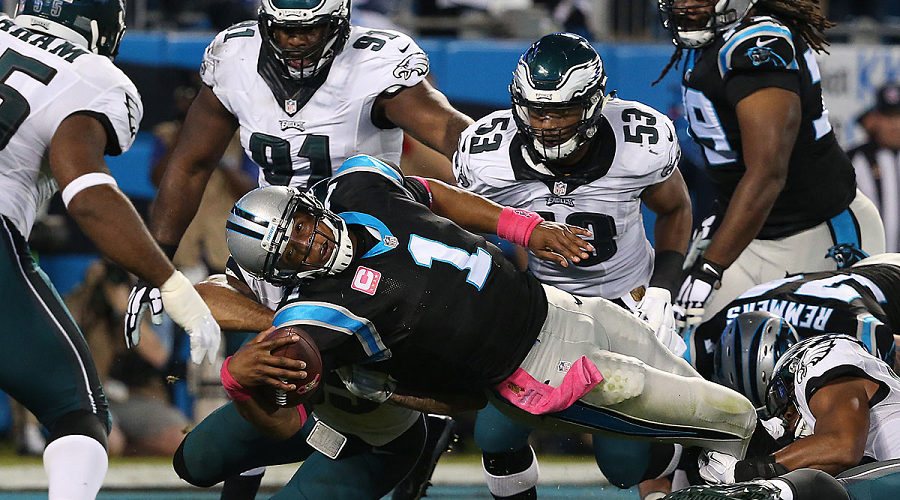 Consider Week 7, when the Panthers beat the Philadelphia Eagles. Newton was pretty awful, going 14 for 24 and 197 yards. He did throw for a score and run for another, but he also threw three picks, yielding a quarterback rating of 59.2. However, the Panthers did beat an Eagles team that is getting better as the season goes on. 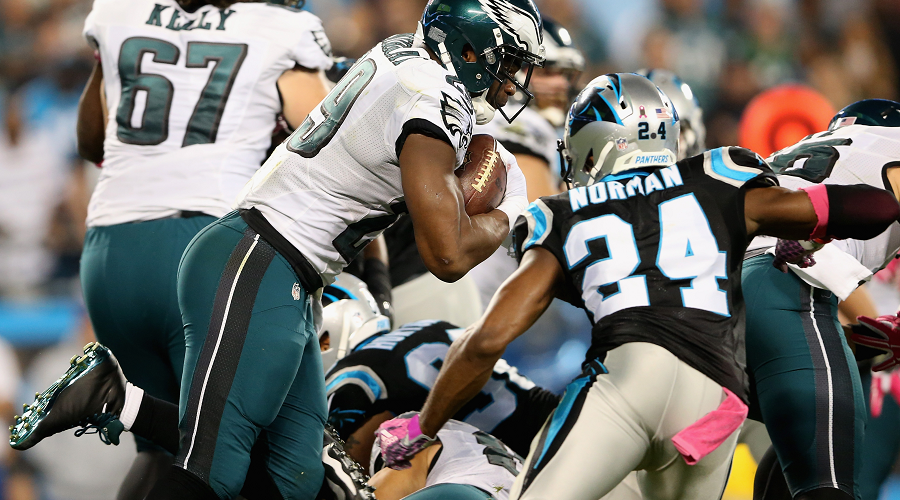 How did the Panthers win? Thank the defense, starting with cornerback Josh Norman. Going into the Eagles game, Norman was only permitting catches on 46% of the passes that headed in his direction. Quarterbacks had a rating of only 24.1 when they targeted him, the lowest rating of any cornerback in the NFL. Norman already has picked off four passes this year – and returned two for scores. 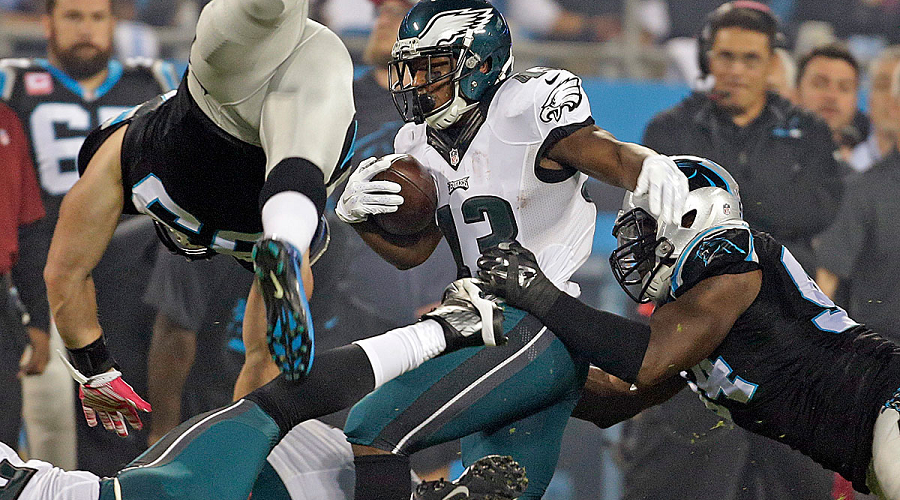 The Panther running defense is pretty solid too. The defensive line is ninth in yards per carry for running back, allowing 3.6 yards per attempt. The team is ninth in open field yards, which are yards permitted after ten yards. So even when the other team has a pretty good run, the Panthers aren’t giving up huge plays. 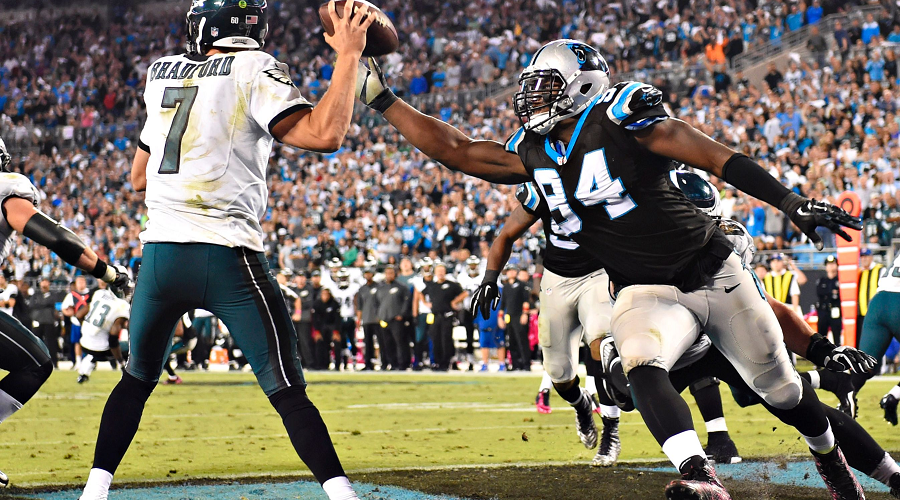 The Panther defense was particularly ironclad after Newton’s picks. The second quarter saw Newton get intercepted on his own 39-yard line, but the defense only allowed a field goal. In the third quarter, the Eagles took over on an interception at the Panther 18, but the Eagles could still only get a field goal out of the situation. 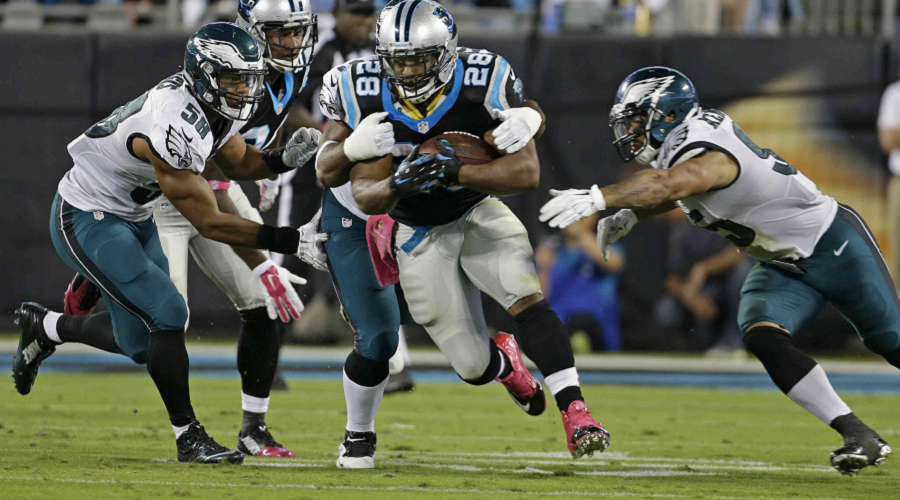 The offense is solid too – and not just because of Newton. Running backs Mike Tolbert and Jonathan Stewart combined for 141 yards and a score – and Stewart got 125 of those yards by himself. His production has been on the rise lately, as he ran for 170 yards in the first three weeks and then 253 in the next three weeks. Carolina’s running attack ranked fourth in the league going into the Eagles game. 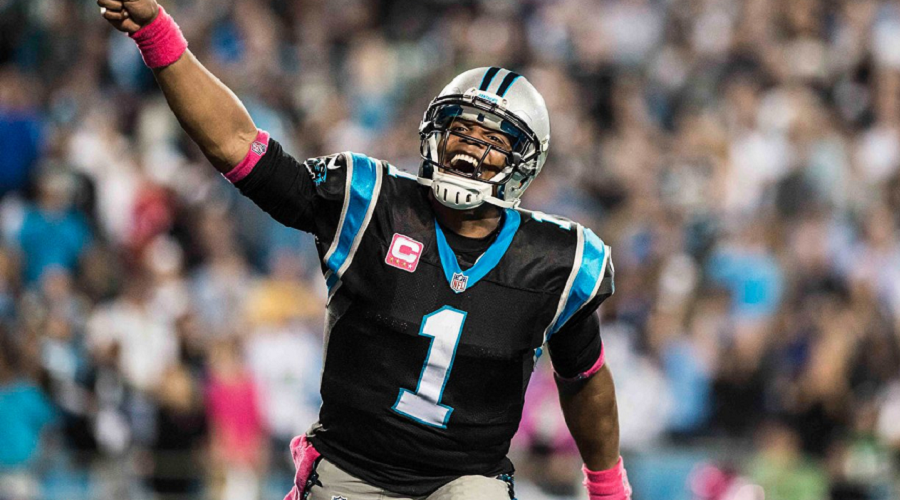 The early MVP chatter for Newton is pleasant, but he’s really the same player he has always been, quality but not to the level of MVP. His completion rate and passer rating are down, and his interception rate is up. However, the Panthers are getting it done. They’re not quite as good as the Broncos, Bengals, Packers or Patriots (the other undefeated teams in the league), but it’s also still early yet. There’s plenty of time tfor them to elevate their game in time to make a deep playoff run.
Older post
Newer post