NFL News and Rumors
The Denver Broncos and Pittsburgh Steelers will both be looking to pick up an important win and solidify their postseason plans when they square off in an interesting Week 15 NFL lines showdown that gets underway live from Heinz Field on Sunday at 4:25 PM ET. Now, let’s find out which one of these Super Bowl hopefuls will bring home the bacon!

How To Bet The Denver vs. Pittsburgh NFL Week 15 Odds

When: 4:25 PM ET, Sunday, December 20, 2015Where: Heinz Field, Pittsburgh, PennsylvaniaNFL Odds: Pittsburgh -6Over/Under: 44.5Oddsmakers currently have the Steelers listed as 6-point favorites while the game’s total is sitting at 44.5 after opening at 45.5. The Steelers are a -239 favorite against the NFL Moneyline while Denver sits at +211. Can Osweiler Lead Broncos to Win Over Big Ben, Explosive Steelers?

.@bosweiler17: “I’m onto this week. … It’s another football game against a great opponent on the road.” #DENvsPIT pic.twitter.com/l6Xwm9v4WI

Why Bet The Denver Broncos Odds at +6

Denver (10-3 SU,7-5-1 ATS) had their three-game winning streak under backup quarterback Brock Osweiler snapped in their stunning 15-12 loss to Oakland last weekend while never coming close to covering the spread as a 6-point home favorite. Now, the Broncos are looking to get future Hall of Famer Peyton Manning back under center, but it will be at least one more week, giving Osweiler another shot to impress in his fifth straight start.The fourth-year signal-caller has compiled a solid 85.4 quarterback rating by completing 108 of 170 passes for 1,140 yards with five touchdowns and three interceptions since stepping in for the injured Manning late in the Week 10 loss to Kansas City. “That’s the next step: that [Manning] is coming back for practice,” Kubiak said at his Monday press conference. “If you’re coming back to practice, then you’re working toward getting back on the field and playing.”Denver has gone 3-1 with Osweiler starting and 7-2 in Manning’s starts. The Broncos average 21.6 points per game and limit their opponents to just 17.3 per contest defensively. 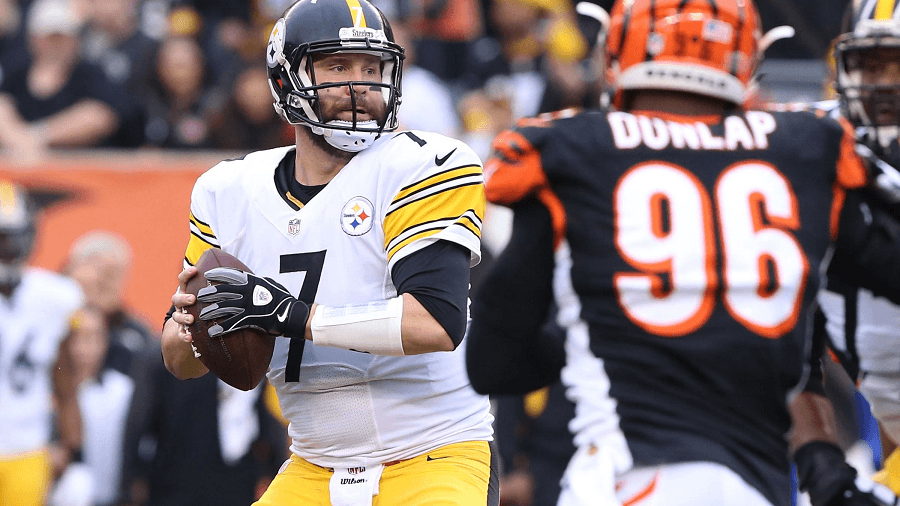 Why Bet The Pittsburgh Steelers Odds at -6

Pittsburgh (8-5 SU, 7-4-2 ATS) has won two straight and four of five including their 33-20 Week 14 win over division rival Cincinnati last weekend as a 1-point road underdog. Ben Roethlisberger completed 30 of 39 passes for 282 yards but failed to throw a touchdown pass while tossing one interception. Veteran running back DeAngelo Williams rushed 23 times for 76 yards and two scores in a heated contest, The Steelers have scored 30 or more points in five straight games to set a new franchise mark. Still, Roethlisberger believes the offense can perform at an even higher rate.“I think we’re doing some good stuff,” he said. “This was a great team win. Offensively, we thought we could have been better. We got down there and kicked some field goals. We got some penalties and got behind the chains, but we converted third downs a lot early. We want to score touchdowns. We understand they’re a top-five scoring defense, so we understand they’re not going to make scoring easy. But we get disappointed when we don’t put points on the board.”The Steelers average 26.5 points per game and allow 20.0 per contest defensively.