NFL News and Rumors
The Pittsburgh Steelers will be looking to get back in the NFL Lines win column and improve their playoff hopes when they host an Indianapolis Colts team in Week 13 that has yet to lose with veteran quarterback Matt Hasselbeck under center. Now, let’s find out who the right team to wager on is when these two playoff hopefuls square off on Sunday at Heinz Field.

The Steelers were on the wrong end of a 39-30 loss against Seattle in Week 12 while failing to cover the spread as a 3-point underdog. The Steelers allowed Seattle quarterback Russell Wilson to toss five touchdown passes including a whopping three in the fourth quarter that wiped out a 456-yard passing day by veteran quarterback Ben Roethlisberger.The Steelers veteran signal-caller was intercepted twice in the loss, including Richard Sherman’s first of the season. Brown finished with six catches for 51 yards after being hounded by the Seattle star cornerback last weekend. ”We were going to take what they gave us,” Tomlin said. ”Obviously we had some success throwing the football.”

Indianapolis jumped all over Tampa Bay en route to a convincing 25-12 Week 12 win as 3-point favorites (just as I predicted) as veteran quarterback Matt Hasselbeck remained perfect in relief of injured starter Andrew Luck this season. 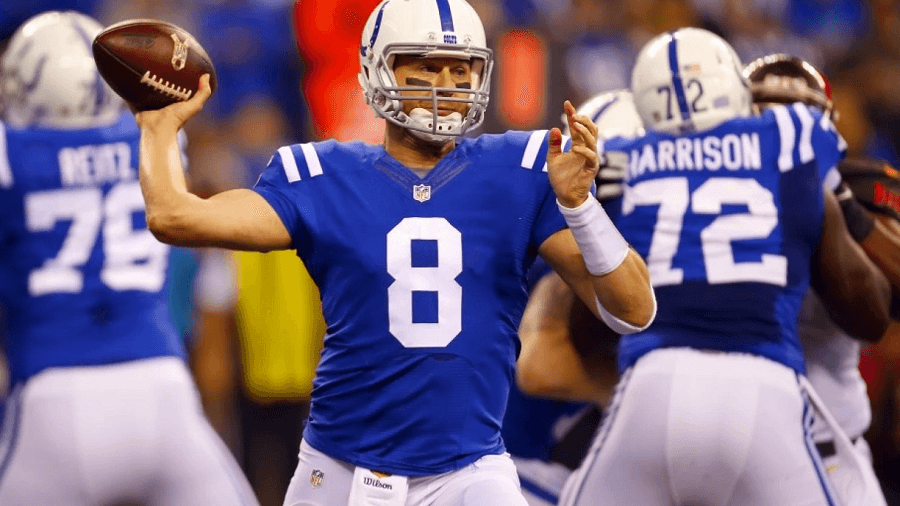 The 40-year-old Hasselbeck has gone 4-0 in four starts after guiding Indianapolis to its latest victory. “Obviously, at his age, being 4-0 as a backup quarterback it’s great for us,” Colts coach Chuck Pagano said. “We’re very, very fortunate and I just hope he keeps it going.”Hasselbeck completed 26 of 42 passes for 315 yards against the Buccaneers and tossed two second half TD strikes to T.Y. Hilton to lift the Colts to victory. ”He’s not playing like he’s 40,” said Hilton, who caught six passes for 95 yards and the aforementioned two scores. ”He’s out there having fun, making sure guys are in the right spot and letting us make plays. He’s fired up and wants to make sure guys are in the right spot so he can make plays.”

I know the Indianapolis Colts are unbeaten with Matt Hasselbeck under center this season, but I fully expect the semi-desperate Pittsburgh Steelers to bring that nice run to an end in this contest, particularly after losing to Seattle this past weekend.Pittsburgh has scored at least 30 points in each of their last three games while Indy has scored 27 or less in winning each of their last three. Nevertheless, the Steelers have the statistical edge in scoring and points allowed and will be playing at home in this contest.Pittsburgh is a perfect 7-0 ATS in their last seven games in the month of December and a consistent 10-3 ATS in their last 13 games against a team with a winning record. Indianapolis is 4-0 ATS in their last four games, but again, I’m backing the Steelers to get the win and ATS cover, mostly because of desperation – and the fact that Ben Roethlisberger will almost certainly be a go for Pittsburgh in this one after getting banged up last weekend.My Pick: Pittsburgh 30 Indianapolis 21
Older post
Newer post