NFL News and Rumors
The Denver Broncos may have a Hall of Fame-bound quarterback in the incomparable Peyton Manning, but if the regular season – and Denver’s narrow divisional round win over Pittsburgh – is any indication, then it will be the Broncos elite defense that carries them to this season’s Super Bowl 50 title. Thanks to this complete overview of Denver’s often-dominant defense, you’re going to have a great idea of whether or not the Broncos can complete their stated quest of winning a Super Bowl title under the quickly-aging Manning. Okay, with that said and Denver’s AFC title tilt matchup against New England getting closer by the day, let’s get started.

What: New England Patriots (12-4) at Denver Broncos (12-4)When: Sunday, January 24, 2016Kickoff: 3:05 PM ETWhere: Denver, COStadium: Sports Authority Field at Mile HighSpread: Patriots -3Moneyline: New England -175 vs Denver +155Game Total: 44.5Watch: CBSStream: CBS Sports Listen: New England vs DenverAnalysis: While the Broncos were absolutely mediocre across the board in ranking in the middle third in every meaningful offensive statistical category this season, Denver has an elite defense that finished the regular season ranked first in total defense (283.1 ypg) for the first time in franchise history, first against the pass (199.6 ypg), third against the run (83.6 ypg) and fourth in points allowed (18.5 ppg)!As stunning as it may seem, the Broncos allowed just one opponent to reach the 30-point plateau this season when they lost to Pittsburgh 34-27 in Week 15. Denver also gave up just one 300-yard passing day to Ben Roethlisberger and one 100-yard rushing performance by Kansas City’s Jamaal Charles way back in Week 2. 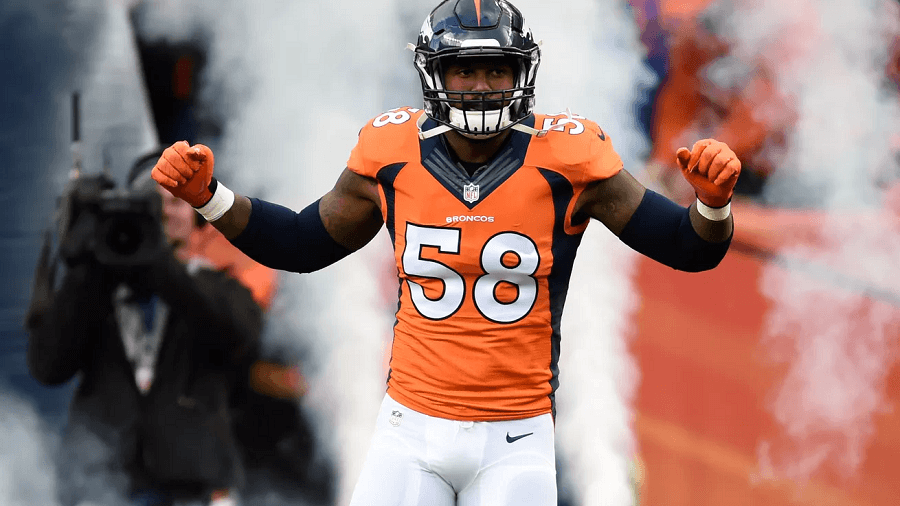 The Broncos also tied for seventh in takeaways (27) and had four defenders earn Pro Bowl berths in outside linebackers Von Miller (fourth) and DeMarcus Ware (ninth) and cornerbacks Aqib Talib (third) and Chris Harris Jr. (second selection). Miller has recorded a team-high 11 sacks and Talib has picked off a team-high three passes.Now, the Broncos are looking to increase the level of their play as they get set to face New England in the AFC Championship. The bad news is that, in 14 games against Brady dating back to 2001, the Broncos have only managed to record a sack and an interception in the same game on two occasions – and one of those came in Brady’s rookie campaign.“He’s tough to get to,” said Broncos linebacker Von Miller. “ … He’s been doing it a long time, played in a lot of big games.” “We can only control what we can control,” Miller added. “I’m fully confident in Chris, Talib and all of those guys to be able to lock all of that stuff down to give us a little bit of time. You just have to take advantage of your opportunity when it presents itself. You can’t control that. He’s a great quarterback. Sometimes he doesn’t even need an offensive line. He just goes out there, he knows where he’s going to throw the ball and he has great guys that he’s throwing the ball to. We just have to take advantage of our opportunity when it presents itself.’’On Monday, Broncos linebacker Brandon Marshall went on record to say that Patriots’ Pro Bowl tight end Rob Gronkowski “pushes off and he gets away with it about 98 percent of the time.”Cornerback Chris Harris Jr. said on ESPN that the best way to bring ‘Gronk’ down was to “Hit him in his knees,” Harris said. “That’s the best chance you have of hitting him.” Later Tuesday, Gronkowski responded, but to a commenter via Twitter. “Heard their whole team is good at giving low blows,” Gronkowski posted.“I think we’re more dialed in,’’ Broncos safety T.J. Ward said. “I think we’re more focused, especially after losing last year in the first round at home. We don’t want to let that happen again. We’re dialed in all the way.’’
Older post
Newer post