NFL News and Rumors
The AFC has a little bit of catching up to do when it comes to Super Bowl wind, as they have 23 as opposed to the 26 wins posted by the NFC teams. They have a pretty good chance of narrowing that gap this year, as the 6 teams that they are sending into the playoffs all have a legitimate shot. That said, 2 will drop this weekend, so let’s instead break it down to the 4 AFC teams that I believe will be the ones most likely to challenge for the Super Bowl Lombardi Trophy.

Hey Pats, No Cheating Your Way To The Top This Year

The New England Patriots (+285) may be the number 2 seed in the AFC, but they are the team most likely to make it all the way to Levi’s Stadium in California on Sunday, February 7. The Patriots have appeared in 6 of the last 12 Super Bowls, and have 4 rings to their name during that stretch. They may be among the most hated teams in the NFL, but they are also arguably the most effective. Brady and Belicheck have created a QB/coach combination that will go down in history, and they simply cannot ever be overlooked.

The Denver Broncos (+375) will have home field advantage all the way through the playoffs, and they certainly have a defense that can help this team to a championship. The major question mark in Denver right now is at the QB position, which is somewhat weird to say when you have Peyton Manning at your disposal. Manning was not very good before going down with an injury, but was effective in his return as a backup in Week 17. He will need to perform at that level of the Broncos are to win it all. 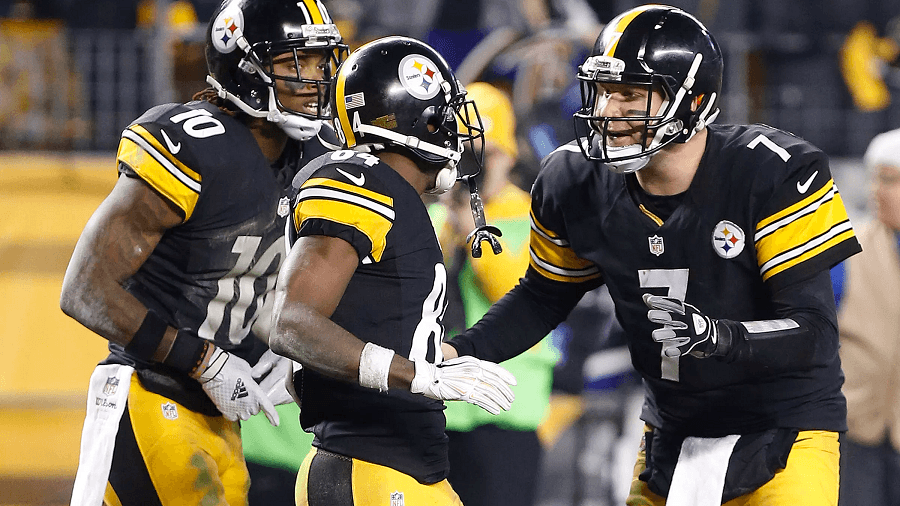 If The Steelers Are Good, Nobody Is Safe

The Pittsburgh Steelers (+750) have won the Super Bowl more than any other team, and they have a QB who already has a pair of rings to his name. They also have a group of receivers that are arguably the best in the league, with Antonio Brown leading the way. DeAngelo Williams has had a solid season in relief of LeVeon Bell at RB, but there are questions about his health coming into this weekend. If the offense can get rolling, look out.

Can Andy Reid Pull Off The Perfect Superbowl Cinderella Story?

There is no hotter team in the NFL right now than the Kansas City Chiefs (+1500). They started the season 1-5, but then went on a 10-game winning streak to barrel themselves into the playoffs, and to set themselves up as the team that no-one wants to face. This is not a team made up of big name stars, but they are incredibly good on both sides of the ball. Definitely more of a longshot pick, but one that might well be worth a look at this price.
Older post
Newer post