NFL News and Rumors
If you were keen enough to watch and take key NFL betting pointers out of Wild Card weekend, you would definitely agree with me that having a good playoff résumé, a solid quarterback and a strong defense are three of the most important elements for any team that needs to be successful in the postseason games. The Chiefs won their game against Houston because of a good QB and a mean defense; the Steelers rode on QB Ben Roethlisberger’s playoff experience to eke out a last-minute win over Cincinnati; the Packers shined because of their impressive playoff résumé (that scared off the Redskins) and QB Aaron Rodgers & Co. took care of the rest, and Seattle’s postseason reputation forced Minnesota’s kicker Blair Walsh into incredulously missing a 27-yard field goal in the dying seconds of Sunday’s encounter. Mind you, Walsh was 33-for-34 from inside 30 yards in his career, prior to that painful miss against Seattle.With such a strong precedence already set in the NFL lines, along with well-documented fact that all the road teams in the Wild Card weekend won their respective fixtures for the first time in the league’s history, there couldn’t be a better time for underdog NFL betting enthusiasts to go hard in the NFL odds on the following Divisional Round dark horse NFL picks.

Let’s make one thing clear, I am not supporting the Chiefs here just because they have won 11 straight games and they whitewashed the Texans last week. But then again, you’d be a fool not to want to lean on them because of such reasons, given that shutouts are rare to come by in the playoffs and winning 11 consecutive games after a five-game losing streak is simply extraordinary, to say the least.Now, my biggest reason for siding with the Chiefs is that Andy Reid’s team has been unbelievably effective in defense, permitting only 11.6 points a game during their extended 11-game winning streak and forcing an average of 2.5 turnovers per game. Many pundits are arguing that the Patriots rarely fumble and QB Tom Brady is a methodological passer who seldom makes many mistakes with interceptions, something that will negate the value brought by Kansas City’s defense. I understand that, really, as I’ve seen Brady at work and I thankfully banked on that train of thought when the Pats played the Seahawks in Super Bowl 49. Still, when a team becomes good at creating turnovers like Kansas City has done, it sort-of rubs on the entire squad and doesn’t just vanish away simply because it’s playing a less error-prone team.Meanwhile, Kansas City’s offense is impressively averaging 143.5 yards a contest rushing in their winning streak and Alex Smith is making enough big plays in the passing game to win games. Jeremy Maclin is hobbled with injury, and that could arguably limit K.C’s offense, but after TE Travis Kelce gave a solid performance against Houston in Maclin’s absence, it wouldn’t be a stretch to think that he could be due for another big game, especially since New England’s passing defense is not as fierce as the one he faced in Houston. As long as the Chiefs don’t get too conservative in the offense, they will hang with New England and cover the spread, at the very least.

Green Bay QB Aaron Rodgers has been famous for his “Discount Double Check” touchdown celebration, and after his bright performance against the Redskins last week, it feels like the he and the Packers will be in Check for some Double Discount in this week’s NFL lines. Trumpet all you want about Washington’s leaky defense, but the fact remains that the Green Bay team we saw last Sunday was an entirely different team from the one we saw struggling down the stretch of the season. This was a playoff-tested squad that looked every bit as good as it did when it opened up the season’s NFL odds with five wins in six games, including striking victories over the now high-riding playoff duo of Seattle and Kansas City. If we can see more of that Green Bay team this week, the Cardinals will definitely have their work cut out for them.Yes, I know you all watched Arizona destroy Green Bay on National TV in Week 16. Rodgers was a pale shadow of the top-tier QB we’ve known him to be on that day, playing under constant pressure as he got sacked eight sacks and lost two fumbles, both of which were returned for touchdowns. In fact, the final score of 38-8 is what I’d call a big let-off, it could have actually been worse.In Green Bay’s defense, though, Rodgers was missing both of his starting tackles in that Week 16 clash. That won’t be the case this week, as tackle Brian Bulaga came back to the team last week, which evidently saw an improved protection for Rodgers. The other tackle, David Bakhtiari, could also be back in the lineup this week, something that could be a huge difference-maker for their protection schemes. Meanwhile, Arizona lost pro bowl safety Tyrann Mathieu in that win over Green Bay, and his absence was gruesomely felt the week after, as the Cardinals suffered a 30-point home loss to the Seahawks in Week 17. With Mathieu still out, it doesn’t look like the Cardinals will be having it any better. 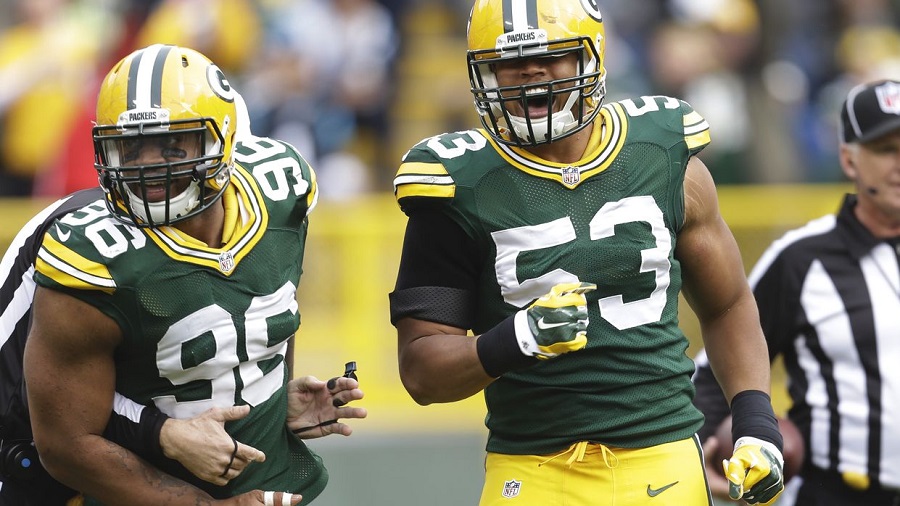 Even more notably, Arizona’s quarterback Carson Palmer (impressive as he’s been this season) has NEVER won a playoff game in his 13-year NFL career. His Coach Bruce Arians has also NEVER won a playoff game as head coach; last year, his Palmer-less Arizona team got blown out in their playoff opener. So whereas I know that Green Bay’s stellar show against Washington must be taken within a pinch a pinch of salt because the Redskins aren’t what you’d call a great team; I won’t be doing my job diligently if I didn’t warn you about the Arizona’s rotten-egg playoff record that could easily blow up your face this Saturday.

Just the other day, I bumped into this comprehensive article from article from CBS Sports, highlighting why Seattle should a team to be feared in the playoffs. Rather than regurgitate what was said in that insightful article, I will humbly implore you to read it and find all the juicy details for yourself. And on top of the invaluable pointers given in that article, I’ll add just add one reminder to nail the point home—the Seahawks have won 7 of their last 10 overall meetings against the Panthers, including last year’s win in the Playoff Divisional Round that knocked out the Panthers out of the postseason games. That noted, along with the interesting details given in the CBS Sports article, there’s definitely a good chance that Seattle will upset Carolina.
Older post
Newer post