NFL News and Rumors
If you asked me, I’d say it beats NFL betting logic that the Kansas City Chiefs have—against all NFL odds—recorded 11 back-to-back wins, including their emphatic 30-0 victory at Houston in the Wild Card Weekend, yet the football betting public still does not trust them to defeat the woeful New England Patriots who have won just two of their last six games. If a team like, let’s say Pittsburgh, had won even half the number of straight games the Chiefs have done ahead of the Divisional Round, everyone would be singing their name and pounding on them hard in the NFL Lines.Fortunately, Chiefs head coach Andy Reid and his surging team is accustomed to people doubting Kansas City’s credentials. In fact, it’s been pretty much their story since they recorded that win over Pittsburgh in Week 7 to kick-start their unbeaten run, and on each occasion, they use the doubts as motivation to do even better. And with such a history, it would not be a surprise if they did so once again this week in New England, particularly if the following tenets work in their favor.

Prior to last weekend’s wild card games, nearly every NFL betting pundit I know was talking about how no wild card weekend has seen all road teams win their respective fixtures. Come the end of the weekend, all four road teams (Seattle, Green Bay, Pittsburgh and Kansas City) had won their games, making a big mockery of the talks about difficulty on the road. Even more notably, the Chiefs’ 30-0 win was the most complete and dominant win of all the wild card games, with KC getting the job done efficiently on both sides of the ball. With that precedence already set, there is a strong sense of belief for Kansas City that another spirited effort could lead to another road win this week. And going by Kansas City’s 5-0 SU/ATS record in its last five road games, it wouldn’t be a stretch to expect the Chiefs to rule the NFL lines once again with a sixth straight road SU and ATS.

New England is Good, Not Perfect

If you’ve been keeping tabs on the Patriots, you must be aware that the Patriots finished with an AFC-best 12-4 record in the regular season, but couldn’t earn the No. 1 seed in the conference because of Denver’s tiebreaker advantage. In addition, you must be aware that the Patriots lost their last two games to the New York Jets (a 20-26 defeat) and the Miami Dolphins (a 10-20 defeat). After limping into the playoffs on an indifferent run to their hot start to the season, you’d certainly agree that there is a possibility for the Patriots to continue with their struggles, right?After all, the Chiefs played better football than the Jets and Dolphins this season, a fact that is affirmed by Kansas City’s presence in the playoffs and the absence of both the Jets and Dolphins in the postseason games. Not to mention, New England’s defense is a major downgrade to Houston’s highly-rated defense, so Kansas City should still be able to find some measure of offensive success this week. As for the overhyped Tom Brady-led Patriots offense, being clamped by the likes of Jets and Dolphins means that Kansas City’s defense (that is allowing just 11.6 PPG in the team’s 11-game winning streak) stands even a better chance of combating New England’s attacks.

The Chiefs Have Done it Before

If my memory serves me right, then the last time the Chiefs played the Patriots was on September 29, 2014, a game that ended in a 41-14 win for Kansas City, as QB Alex Smith shined and Brady failed miserably. That was just a season ago, and the Patriots were fully healthy at the time. With New England dealing with an injured group right now, and the Chiefs bragging of their best form ever; it isn’t unthinkable that KC can get the job done this week. 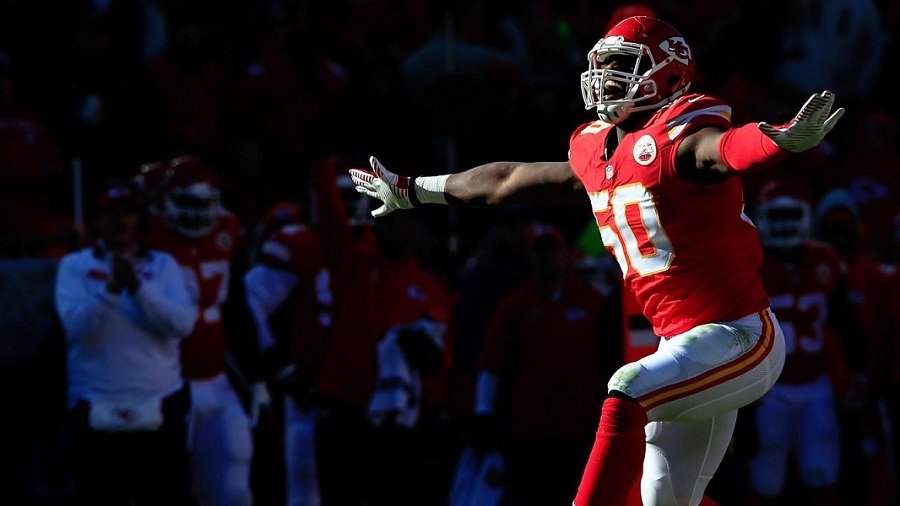 New England’s running game has been on life support for a while now, and that looks unlikely to change this week, given their No. 1 running back LeGarrette Blount is still on injury reserve. The Patriots will therefore go only as far as Brady can throw the ball, meaning a big passing game will be required from Brady and his targets. This, of course, won’t be easy to do against Kansas City’s menacing 3-4 defensive scheme that has limited its last 11 opponents to an average of just 11.6 points per game. In the end, the game is therefore likely to be determined by how Kansas City’s offense figures into this game. If Smith and his offensive weapons (especially the running backs) can play well, then Kansas City will have a strong chance of covering the spread, or even upsetting New England altogether.
Older post
Newer post