NHL Betting News
It is mostly true that defense wins championships, but when games are a little more open during the regular season, you also need an offense that can put the puck on the net on a pretty regular basis. The New York Rangers are doing both, as they have struck a near perfect balance between offense and defense. They will have to put both to the test again when they travel to Vancouver to face the Canucks on Wednesday night.

The Rangers (18-7-3) came storming out of the gate to start the season, and pretty quickly looked like a good bet to potentially repeat as winners of the President’s Trophy. Things have come a little unglued of late, though, and the Rangers are just 4-5-1 in their last 10 games. It has been a lack of scoring that has hurt during that stretch, with the Rangers scoring a goal or less in 4 of their last 7 games. The good news is that they may have just had a break out game with their 4-1 win over the Ottawa Senators to end the week. They could be in for a bit of a rough ride this week, though, as they have a 3-game western road trip that is never an easy rode for any team. The Rangers are a pretty healthy 6-3-2 on the road, but with 5 of the next 6 coming away from home, they are going to have to be at their best if they want to break out of this mini-slump. 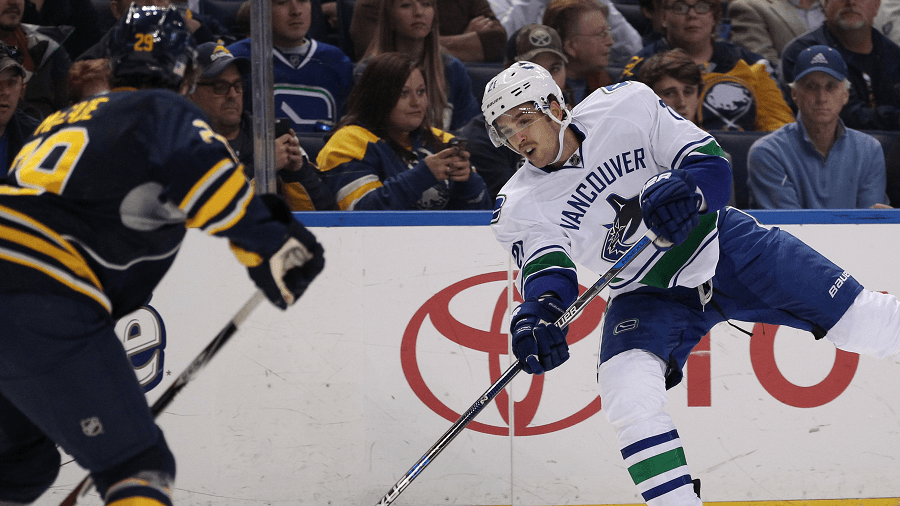 You can’t talk about slumps without invoking the name of the Vancouver Canucks (10-11-8). They have managed just 3 wins in their last 13 games, yet they are still clinging onto 3rd spot in what has been a pretty dismal Pacific Division this season. The Canucks have tried a number of different things, including giving goaltender Ryan Miller a seat on the bench, in order to break out of the slump, but nothing has really helped so far. They are coming off a confidence-boosting 5-2 win over the Buffalo Sabres on Monday night, with Ryan Vrbata lighting things up with the hat-trick. The Rangers are a pretty different proposition that Buffalo, though, and they can expect things to be a whole lot tougher on Wednesday night. The Canucks are sitting in the middle of the pack in most of the major offensive and defensive stats, but they are on a slide that could see things get worse before they get better.

It has been the road team that has come up trumps in the last 3 meetings between these two teams, and that is a trend that I think will continue. The better option here, though, may well be the UNDER 5.5.
Older post
Newer post